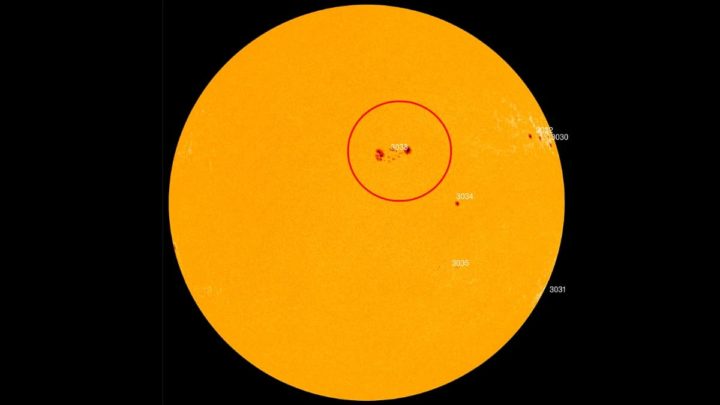 Our Sun is a source of life, but it also has the potential to inflict radiation damage on Earth. In this sense, concerns about a sunspot aimed at our planet have grown in recent days. These spots can trigger powerful solar flares at us, and the damage is well known. However, experts said it is far from uncommon.

Contents
Sunspot is already nearly triple the size of EarthThere is a 10% chance that this spot will trigger a major eruption against Earth.

The experts’ statements seem to have allayed concerns, as even recently these eruptions have destroyed satellites and had various effects on our Blue Planet.

Sunspot is already nearly triple the size of Earth

Concerns in the scientific world, and in those who follow this information closely, began when a sunspot, called AR3038, doubled in size between Sunday the 19th and Monday the 20th of June. These spots, nearly triple the size of Earth, face this way.

Therefore, the risk of a solar storm ejecting charged particles of radiation towards our planet has increased significantly. 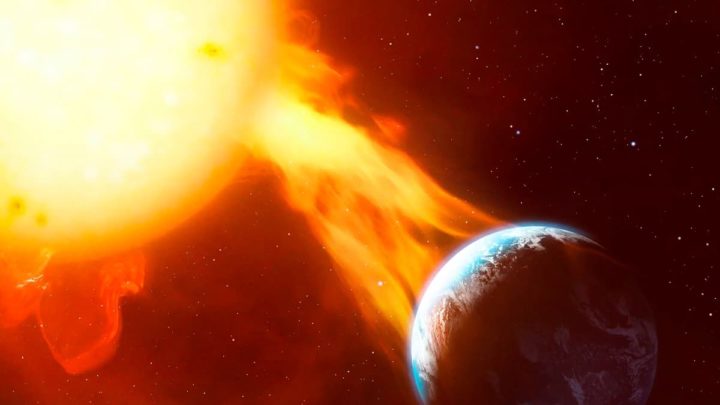 According to Rob Steenburgh, head of the Office of the National Oceanic and Atmospheric Administration (NOAA), Active Region 3038, or AR3038, has been growing over the past week.

Sunspots appear darker because they are cooler than other parts of the Sun's surface, according to NASA. This is because these spots are formed where strong magnetic fields prevent the heat within the Sun from reaching its surface.

This is what sunspots do. Over time, they will usually grow. They go through phases, and then disappear.

I think the easiest way to put it is that sunspots are regions of magnetic activity.

There is a 10% chance that this spot will trigger a major eruption against Earth.

NASA says that solar flares, which normally arise from sunspots, are "a sudden burst of energy caused by the entanglement, crossing, or rearrangement of magnetic field lines near sunspots. 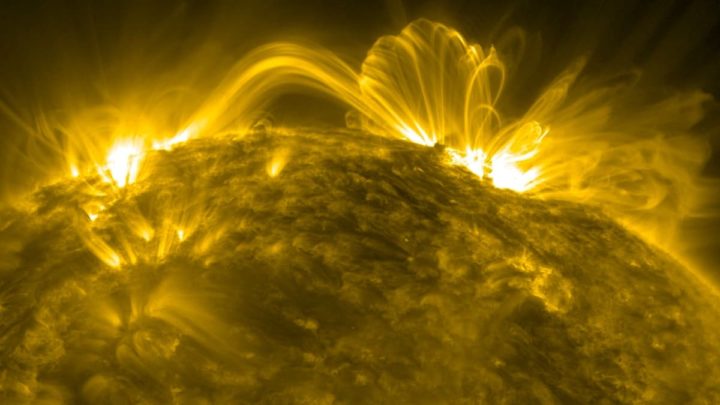 To understand, Steenburgh gives the example twist type of rubber bands. That is, if you have a pair of rubber bands twisting around your finger, they end up twisting too much, and they burst. The difference with magnetic fields is that they switch back on. And when they turn on again, they trigger the process that generates a flame.

The larger and more complex a sunspot, the more likely it is that solar flares will occur, Steenburgh said. In the specific case, this sunspot doubled in size every day in the last three days and is about 2.5 times the size of Earth. The observations were able to see that the sunspot is producing small solar flares, but "does not have the complexity for the larger flares," said C. Alex Young, director of science in the Heliophysics Science Division at the Goddard Space Flight Center at NASA. NASA.

Scientist W. Dean Pesnell of the Solar Dynamics Observatory said that the Sunspot is an "active region of modest size" which "has not grown abnormally fast and is still a bit small in the area".

AR 3038 is exactly the type of active region we would expect at this point in the solar cycle.

the solar flares have different levels. The smallest are the Class A eruptions, followed by B, C, M and X with the greatest force. Within each letter class there is a finer scale where numbers are used, and higher numbers denote more intensity.

This means that solar flares of lesser intensity are quite common. The "dangerous" X eruptions are less frequent. In a single solar cycle, about 11 years, there are typically about 2,000 M1 flares, about 175 X1 flares, and about eight X10 flares. for the biggest solar flares of X20 or above, there are less than one per cycle. This solar cycle, the 25th, began in December 2019.