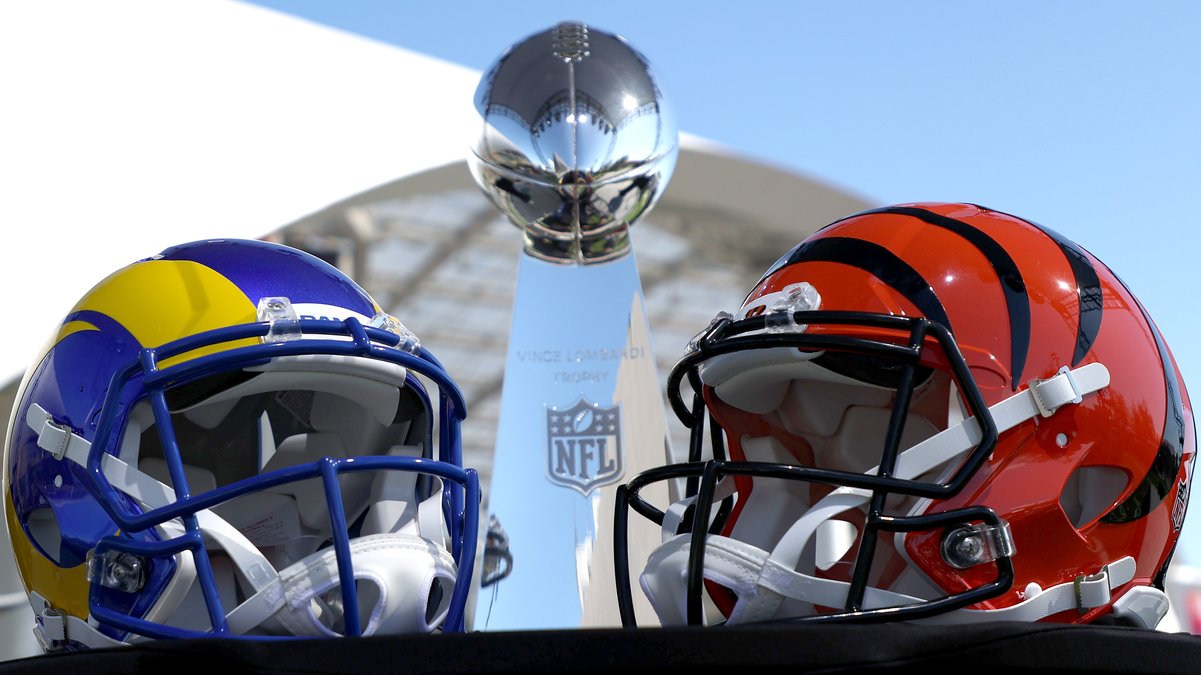 Big, Bigger, Super Bowl. The final of the American football league NFL is the most important sporting event in the USA. In 2022, the Cincinnati Bengals will face the Los Angeles Rams. Venue is SoFi Stadium in Inglewood, California. This is how fans see the superlative sporting event live.

Kick-off at Super Bowl LVI is on Sunday at 6.30 p.m. local time, which means 0.30 a.m. on Monday night for spectators in Germany. ProSieben goes on the air on free TV from 10:55 p.m., the experts Patrick Esume (48) and Björn Werner (31) lead through the preliminary reporting, Jan Stecker (62) and Christoph “Icke” Dommisch (35) comment on the spectacle.

Fans can stream the Super Bowl on ProSieben as subscribers to Joyn+ and as part of the offer from ran.de – reporting there begins at 8:15 p.m. DAZN also delivers the Super Bowl LVI to its customers in the English original of the American NBC. There Al Michaels (76) comments on his eleventh Super Bowl together with Cris Collinsworth (63).

As with any Super Bowl, the supporting program of the event is at least as important as the game itself. This is especially true at halftime of the game. While companies send advertising up to seven million dollars a second to NBC, the halftime show features the Who’s Who of American show business on stage. Super Bowl LVI is no exception, in 2022 the establishment of US hip-hop is stepping in: Dr. Dre (57), Eminem (49), Mary J. Blige (51), Snoop Dogg (50) and Kendrick Lamar (34) are announced.

The arena of the mega event is also a place of superlatives: the area of ​​the SoFi Stadium is the most expensive stadium complex in the world with an estimated construction cost of five billion dollars. Parking lots, hot dog and merchandise stands cover an area twice the size of the Vatican, and the stadium itself can seat 70,270 spectators. The LA Rams have been playing their home games there since September 2020. It will be clear Monday morning around 4:30 a.m. German time whether they can use the home advantage in Super Bowl LVI and raise the Vince Lombardy Trophy.