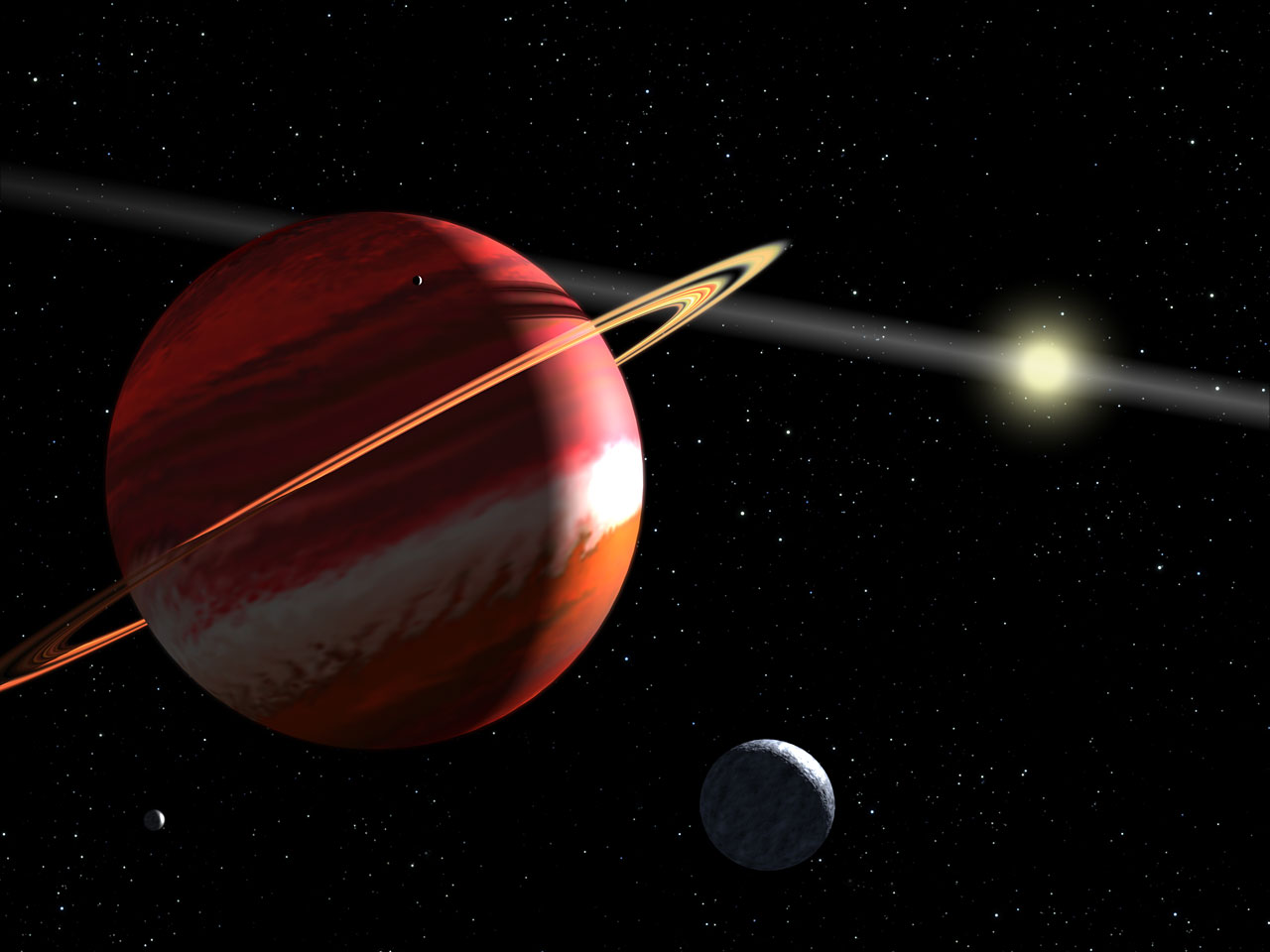 There are already thousands today Exoplanets known, but so far only one Exomoon to be discovered. Astronomers have now confirmed the sighting of a second, very large extrasolar moon. The discovery is vital to planetology.

Under the astronomer David Kipping, the discovery of the first extrasolar moon was published in “Nature Astronomy” in 2018. At the time, however, it was considered vague whether exomonde were the exception or the rule in extrasolar space.

“So far, astronomers have discovered more than 10,000 possible exoplanets, but finding exomondes is a much bigger challenge. These are a true Terra Incognita. “

Terra Incognita, from Latin meaning “unknown area”, is a very good idea. Even the back of our own moon is still a big mystery to us today. Tracking down satellites outside of our Earth system is far more difficult.

And yet the team around Kipping has now succeeded in discovering a second exomoon orbiting the exoplanet Kepler 1708b, a world that is 5,500 light years away from us. If the first moon discovered by Kipping was already as large as Neptum, the second is now also considered to be a so-called “super-large” moon.

Exomonde around exoplanets have special characteristics

But be it the Neptune-sized moon around Kepler 1625b, or the somewhat small super moon around Kepler 1708b: The moons are different from what we know from our solar system. In addition, they could point to a pattern that planetologists might be interested in.

Both extrasolar moons presumably consist of gas and would easily keep up with the gas giants Saturn and Jupiter in our solar system. According to Kipper’s hypothesis, moons could have been through what were once separate exoplanets before they were drawn into the orbit of much larger planets such as Kepler 1625b or 1708b.

That’s why exomonde are so exciting

Exomonde are exciting for astronomers. On the basis of their existence, researchers can draw conclusions about which exoplanes life would theoretically be possible and whether moons and associated life are limited to our solar system. We know from our own experience that our moon is of crucial importance for life on our planet, for example by stabilizing the earth’s axis of rotation.

Kipper and his team consciously began their search for exomoons on the edge of star systems. There, gas giants orbit like our Jupiter or Saturn in our solar system.