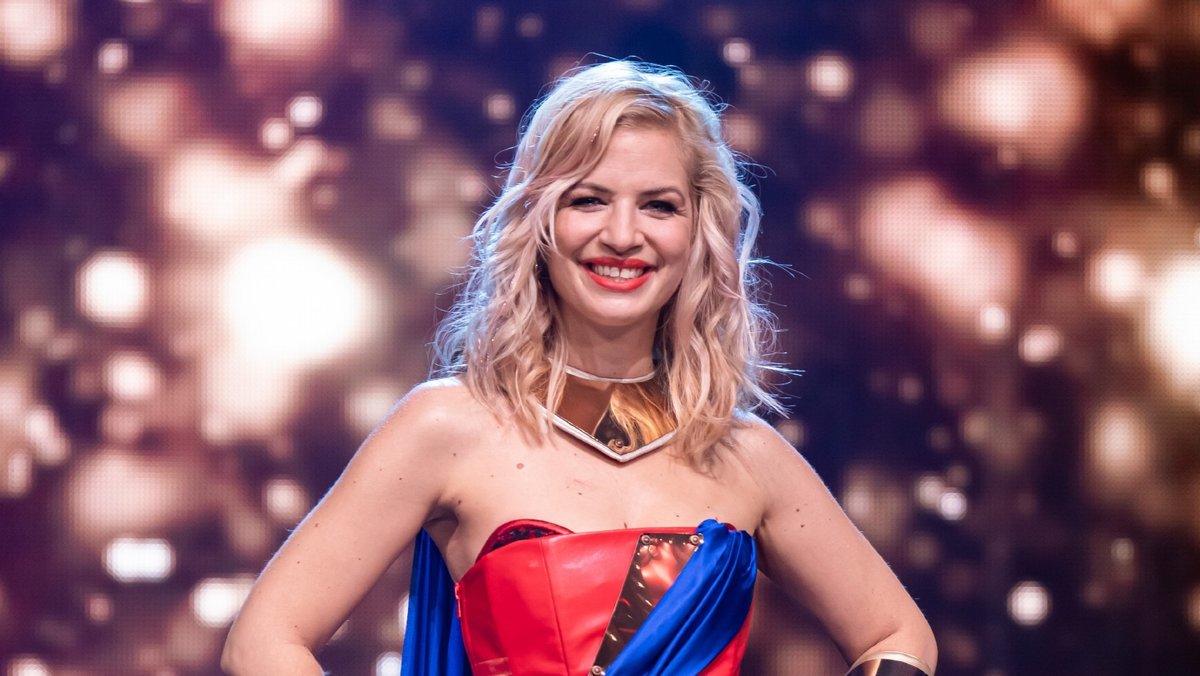 On Tuesday (February 22, 8:15 p.m.) VOX (and online via RTL+) will enter the next round of “Showtime of my Life – Stars Against Cancer”. After the opening episode “Men’s Night” last Tuesday, this time on “Ladies Night” eight prominent women draw attention to cancer screening. Among them is actress Susan Sideropoulos, 41, who lost her mother to the disease when she was a teenager. In an interview with the news agency spot on news, she revealed what influence this had on her attitude to life and how she experienced the shooting of “Showtime of my Life”.

Contents
You lost your mother to cancer when you were a teenager. How did that shape you? What did you take with you from the time of grief for life?Cancer is often a taboo subject in our society. Not for you. Why is it so important to you to speak publicly about the topic?How emotional was filming “Showtime of my Life” for you? Were there any moments that you particularly remember?Did you have any inhibitions or concerns about getting completely undressed for the show?Were there fates of participants that particularly touched you or with whom you felt particularly connected?What impact are you hoping for from the show?(jru/spot)

You lost your mother to cancer when you were a teenager. How did that shape you? What did you take with you from the time of grief for life?

Susan Sideropoulos: I think it’s only in retrospect that you realize how much that shaped you. I wrote my first book, Rosarotes Glück, last year. I processed a lot in it by writing everything down once. And of course this chapter of my life also takes place in the book. And when I wrote it all down like that, I felt the great impact it had on my life.

For one thing, I think I unconsciously made quite a few decisions when I was young that just made me appreciate life differently. I’ve learned to value the day more and take chances more. My positive mindset, which I have always had, has become stronger as a result. I think there are only two ways to deal with a tragedy. You can stay angry forever and say, “I hate life for doing this to me.” Or you can go the other way and say, “I’ve had this shit happen to me already. Now I’m looking for the sunny side of life and then I appreciate it a lot more.” That’s what happened to me.

Cancer is often a taboo subject in our society. Not for you. Why is it so important to you to speak publicly about the topic?

Sideropoulos: I am a relative and luckily I wasn’t a patient myself. I know there are a lot of people who have had the same experience, who have or had cancer in their families. I would like to show that you can still go through life without fear. So that you don’t have to be guided by it and that you can still have faith in life. I firmly believe that fear can also bring diseases. In any form – not just cancer. That comes from our subconscious. From a thought “I don’t want to get sick”, it stores “sick”. That’s why it’s so important to stay positive. How we think is still our choice. And we should never underestimate the power of our subconscious.

How emotional was filming “Showtime of my Life” for you? Were there any moments that you particularly remember?

Sideropoulos: The whole show was an emotional rollercoaster ride (laughs). For real. It’s difficult to pick one thing out. We were there in a tight circle with eight women and each one has their own story. It was so nice to have the opportunity to give these people such a stage. That’s really how you see them with all their pain and fears and what they’ve been through. You grow together like crazy. We cried and laughed a lot together, encouraged each other. Everything was there. That was a very, very special time.

Did you have any inhibitions or concerns about getting completely undressed for the show?

Sideropoulos: Definitely. I didn’t have any problems with many things and this show is very much about going out of your comfort zone in various tasks. I was one of those guys who had a lot of fun with the whole thing. I love dancing. i love shows i love stage i love singing I think everything is cool and for me it’s not an insane overcoming. But undressing, I had to think about it three times. But I had already watched it in the first season and I think it’s all incredibly aesthetic. It’s cut in such a way that you basically don’t see much on TV. Despite all that, there was a moment when we all stood on stage and were supposed to flash. And that is of course not without it (laughs).

Sideropoulos: In fact, none of them resembled my personal story. But they all really touched me. It’s difficult to pick someone. Tanja Bülter and I already knew each other before that. I would say that this phase brought us very close together. It is now more intense, intimate and familiar. I think she has mastered her journey, about which she has also written a book. That touched me very much.

I was also very fascinated by Nicole Jäger. An amazing woman who dared to go on stage with her body weight and say: “If I don’t do it, there won’t be anyone there who I can identify with.” I think that’s so brave! I can honestly say that they are all extremely amazing women!

What impact are you hoping for from the show?

Sideropoulos: I would like the show to have the same impact as last year, just hopefully even bigger, since the show may be getting a bit more attention now. I hope it will be a wake up moment for many people. They should pick up the phone as soon as they see this and make an appointment with preventive care because it’s important. It’s a form of self-care. I can understand the fear. But it’s really being made very clear by our women who are partial breast cancer survivors that if caught early it is not a cause of death.

We should take precautions with a very specific mindset anyway. That’s really important to me and I’d like to emphasize it again: We go to check-ups to be told that everything is okay and not to find something. It’s like prophylaxis at the dentist (laughs).