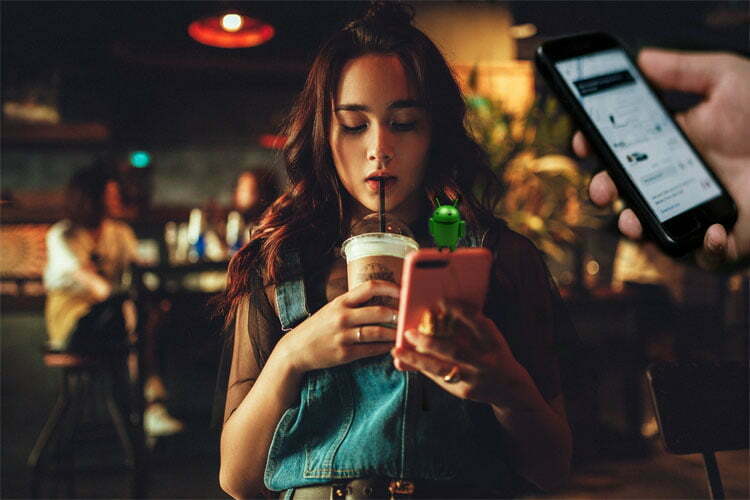 You have just bought your first Android device, but you still don’t know where to start, here you will find a guide where we will go together taking the first steps in the fascinating world of Android, we hope it will help you to know and get started in the most used mobile operating system in the world. world.

In its entirety, Android devices will always have a home screen, notifications, the search bar, the application drawer (sometimes the latter may not be included) and the dock or Dock.

Ok, but my desk is a mess

You can organize your applications and place them wherever you want, to do this, press and drag the application icon on the screen and drop it in the place where you want to place it.

Good for me! But, can’t you make folders like in Windows?

Of course, to create a folder you just have to drag the icon of an application and drop it on top of another.

I think I’m getting the hang of it, but there are a couple of applications that I don’t want. How do I delete them?

There are several ways to uninstall an application, but this may vary depending on the Android distribution, we are going to give you the longest, but effective for all. We will go to the Settings icon  (normally represented by a cogwheel) and choose the Applications option . Select the application you don’t want, tap on it and choose  Uninstall . It is done.

As we take the first steps in the world of Android we will notice that the ways of displaying this operating system may differ from one manufacturer to another, but many functions are the same. So these basics will work for you, regardless of your device manufacturer.

Let’s learn more about our Android

As you already know, the home screen is the one that is shown first-hand when you are not within an application. There are a lot of cool things on this screen, and there’s a lot you can do with it to be more productive with whatever Android device you own.

What are the small icons at the top of the screen? The notification center.

As you may have noticed at the top of the home screen there are several small icons, these serve to give information about what is happening on your smartphone or tablet. In the upper right part, information is displayed consistent with your telephone operator, the strength of the Wi-Fi connection, the battery life and the current time

The left side of this bar will show you when you have a notification from the applications, let’s put a simple example: if a new email arrives, the Gmail icon will appear in this position to notify you that you have new emails, the same may appear in case from an SMS, etc.

To be able to access the notifications, you just have to keep your finger on this bar and drag it down and you will have a view of their content.

What is the bar that Google says good for?

This is the Google search bar, which can be found at the top of the screen or below the time widget on most Android smartphones and tablets. It helps us to search quickly, through the search engine of the same name, for content of our interest on the internet. This can be done by entering text or by voice, for the latter case the microphone that appears in it is used.

Tell me more about the applications and about the animated objects that appear, such as the clock and the Weather … What are they?

The main screen contains icons for applications, but also widgets. Widgets are small applications that run on the home screen. The clock is an example of a widget, but we will expand on them later.

Why is it that when you slide your finger from right to left to move from one page to another, the icons at the bottom of the screen are displayed on each page?

It is the Dock, it is located at the bottom of the screen and depending on the device, it can contain up to seven applications. It is an excellent shortcut to the most used applications. Access to them will always remain visible no matter which page of the home screen is displayed.

You can create or move a folder in the Dock, so you can access many more applications.

On the desktop I see some, but where are the rest of the applications on my phone?

They are in the application drawer or Drawer, this contains all the applications installed and enabled on your smartphone or tablet listed in alphabetical order, although in some cases you can customize the way to organize them. You can access your applications from here, or move them to the home screen to create a shortcut. If you find an application you can search for it using the bar at the top

The app drawer is usually represented on the main screen as a white circle with black dots lined up inside, however in some layouts it doesn’t appear or can be accessed by swiping from the bottom of the screen.

What are the buttons at the bottom used for?

These are the common navigation buttons found on Android smartphones and tablets. Some have virtual buttons others have physical buttons:

In addition to these, there are usually three physical buttons on the sides of the device. The suspend button, which is used to shut down, put to sleep or restart the device and the buttons to raise and lower the audio.

If you want to shut down or restart a device, press and hold the suspend button for several seconds until the menu appears and choose  Shut Down or Restart , depending on your need .

You can also perform combinations of these last keys to obtain other actions, a very popular one is to capture a screen photo, to perform this action press and hold the Suspend and Volume Down buttons at the same time and that’s it.

Customizing the device to suit me

There are many things that can be done by pressing and moving your finger across the screen on a touch device, so that it looks the way you like it and is in tune with your personality. Here we detail some things that can be achieved on Android.

Organize the icons on my desktop and add applications from the drawer, we detail it here.

As we saw at the beginning, you can place an application anywhere on the home screen between the search bar and the dock as long as there is an empty space for it. If you try to place it in the same place as an app or widget, it will get out of the way. All of this is as simple as drag and drop.

But you still don’t know how to do it? Don’t despair and follow these steps:

Creating and customizing my folders step by step

If you got here it is because you were left with the doubt, but to create a folder we start from steps 1 and 2 of the previous section, however, instead of having as a final destination a new empty space, we will place it directly above another app. After this you can continue in this way.

How do I remove an app icon that I don’t want from my home screen?

You can remove the icon of an application that is on the home screen in a simple way, without removing it from your device, follow these simple steps.

How to remove the actual application ?

Sometimes removing the icon is not enough. If you want to free up space on your device, delete the entire application. This is quite easy to do, although it is not as simple as moving the icon around the screen.

If your device is running out of storage space, you can remove apps to improve its performance.

How do I add more widgets to the home screen

Widgets are the best part of Android. Whether you have a Samsung Galaxy, Google Pixel, or Motorola Z, use the widgets to customize your device to your liking.

As we mentioned before, widgets are small applications designed to run in part of the home screen rather than in full screen mode. The clock widget that is popular on most Android devices shows the time in a font larger than the clock in the upper right corner of the screen.

There are others like the calendar widget that you can use to quickly access meetings, appointments, events and reminders you have for the day.

But how do you add a widget to your home screen?

The above option may not work for you on some devices, but don’t panic, there is an alternative to add Widgets

Not all devices are the same. For example, the Nvidia Shield tablet adds a widget as described above. The Google Nexus tablet uses an alternative scheme that is popular with some Android devices.

If you didn’t see an option for widgets when you kept your finger on the screen, follow these steps:

Is it true that I can give voice commands to my Android?

If you want the equivalent of Siri on your Samsung Galaxy, HTC, or other Android tablet, Google Assistant and Samsung Bixby offer you a true virtual assistant. There are also a number of personal assistant apps on the Google Play store.

The Google Assistant is the main conduit to the Google Home line of smart devices and speakers, and is also available as an Android or iOS app. Once installed, it can be accessed using the phrase “Ok Google” or “Hey Google.”

After starting the Wizard, you can perform several actions: if for example you wanted to create a meeting tomorrow at 8 am ». The Attendee will ask for the name of the meeting and other details. Say “Show me a nearby pizzeria” and the Assistant will display your options. Set alarms, calculate tips, countless tasks, that will help your productivity.

In addition to simple queries, the Google Assistant can handle more complicated tasks, such as making dinner reservations using an AI-powered technology called Google Duplex. Duplex also makes it easy to order food online by automatically filling in your personal information and payment details. To perform this last action, you will need to find a partner restaurant that uses this feature).

Bixby’s capabilities are similar to Google Assistant’s. The main difference is that the Google Assistant is integrated into the Google universe through its Google Home products, while Bixby is a useful personal assistant when you are away from home. You will find the maximum capabilities of this assistant in the Samsung Galaxy S10 and S9, as well as the Galaxy Note 9. Other Samsung Galaxy devices have more limited capabilities.