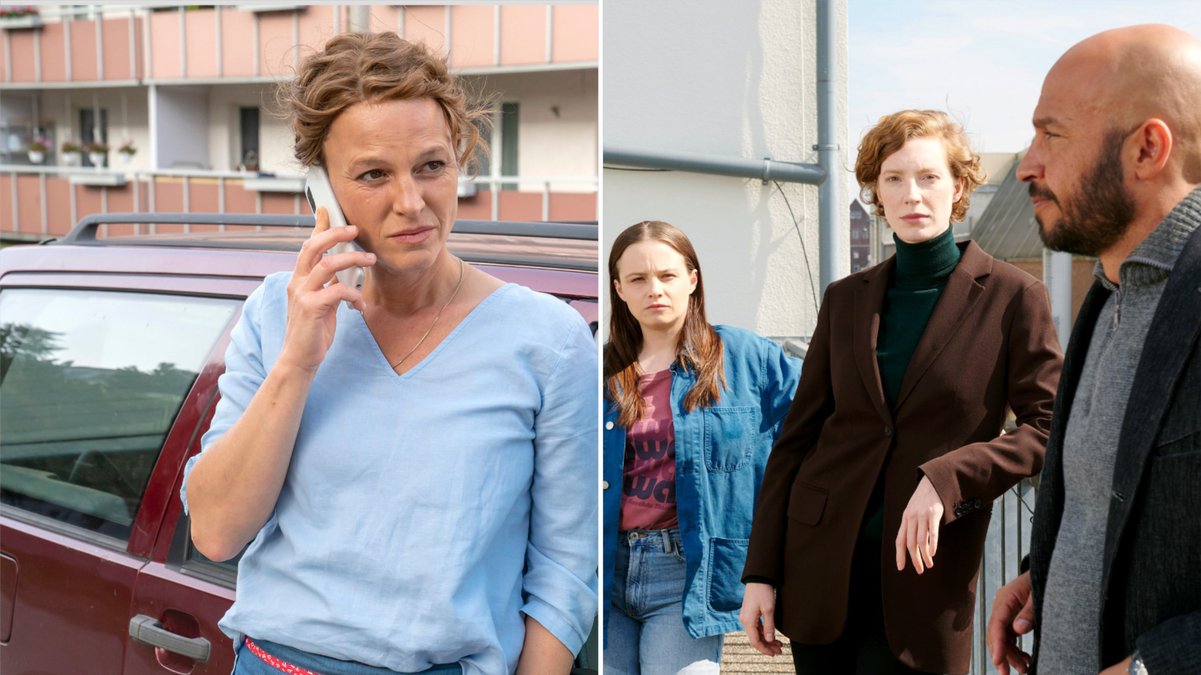 The formats “Tatort” and “Polizeiruf 110” have been attracting millions of viewers to their screens every Sunday for over 50 years. Not only the cases caused a sensation in 2021, some popular characters also announced their crime fiction, other characters celebrated their debut.

The farewells in “Polizeiruf 110” and “Tatort”

No new Weimar “crime scene” with Lessing and Dorn?

It was a shock for all fans of the Weimar “crime scene”: Inspector Lessing, played by Christian Ulmen (46) since 2013, died in the New Year’s episode and then appeared to his wife Kira Dorn (Nora Tschirner, 40) as a ghost. The responsible MDR did not want to make a statement as to whether this turn would also mean the final end of the weimar crime thriller.

Nora Tschirner said in an interview with the Funke media group in September: “The current status is: It won’t go any further.” “The fine spirit” came to a brilliant end. “Of course I don’t know what the MDR is planning with the Weimar ‘Tatort’, but it will no longer exist in this constellation.”

In 2021 no new Weimar “Tatort” was filmed, according to MDR for “various reasons”. But there will still be a Thuringian crime thriller, and it should continue in 2022. It is not yet known which investigators will then be seen.

At the beginning of the year, fans of the Brandenburg offshoot “Polizeiruf 110” had to be strong. Actress Maria Simon (45) said goodbye to her star role Olga Lenski. On January 31st, the native of Leipzig went on the hunt for criminals for the last time in “Monstermutter”. Simon has been a commissioner since 2011. First at the side of Horst Krause (79). From 2015, Lucas Gregorowicz (45), aka Commissioner Adam Raczek, was her partner.

“I am very grateful that I was able to play and get to know this beautiful role of Olga over many years,” said Simon after the announcement of her departure. The team from Brandenburg still exists: André Kaczmarczyk (born 1986) will be the new commissioner, as the broadcaster announced in July 2020. The new character will be seen for the first time in “Polizeiruf 110: Hildes Erbe” on January 30th.

Another “Police Call 110” also means saying goodbye, as it became known in May of this year: Charly Hübner (49) is leaving the Rostock team at his own request. The last episode with him as Commissioner Alexander “Sascha” Bukow with the title “None of us” will be broadcast on January 9th on the 1st. For almost twelve years, Hübner was seen at the side of Katrin König (Anneke Kim Sarnau, 49) in the Rostock crime thriller.

In the future, Lina Beckmann (40) will determine as Melly Böwe on Sarnau’s side, as it became known in September. The special thing about it: Charly Hübner is handing it over to his wife, because the actor has been married to Beckmann since 2012. The character Melly Böwe is already known to “Polizeiruf 110” fans from the episode “Sabine” (March 2021) as the half-sister of Bukow. The first case of the two women has the working title “Polizeiruf 110: Daniel A.” – a broadcast date has not yet been set.

In 2021 the “Polizeiruf 110” celebrated its 50th anniversary. In order to pay tribute to the popular format, the makers launched a new team in Halle. In “Polizeiruf 110: An der Saale hellem Strande” (May 2021) the commissioners Henry Koitzsch (Peter Kurth, 64) and Michael Lehmann (Peter Schneider, born 1975) made their debut.

“Henry Koitzsch and Michael Lehmann are on the one hand very different characters, but on the other hand they are also very close,” Schneider explained in an interview with spot on news. When the next case with the two TV stars will be seen is still in the stars.

Bremen relies on a trio

In May 2021, the new Bremen “Tatort” team started its TV service. Linda Selb (Luise Wolfram, 34), Liv Moormann (Jasna Fritzi Bauer, 32) and Mads Andersen (Dar Salim, 44) make up the new investigator trio. In “Tatort: ​​Newborn” the three actors showed what they are made of.

Wolfram was previously seen in her role as BKA investigator Selb in five Bremen “Tatort” episodes. At that time she was still working on Commissioner Inga Lürsen, played by Sabine Postel (67). This, in turn, investigated from 1997 to 2001 in Bremen alone. From 2001 to April 2019 she formed a popular “Tatort” team together with Nils Stedefreund (Oliver Mommsen, 52).

Coming and going in Berlin’s “Tatort”

Assistant Malik Alsan (Tan Caglar, born 1980) celebrated his debut in Berlin’s “Tatort: ​​The Cold and the Dead” (November 2021). He is the successor to Anna Feil (Carolyn Genzkow, 29) and actively supports the two investigators Nina Rubin (Meret Becker, 52) and Robert Karow (Mark Waschke, 49). The policeman in a wheelchair is played by Tan Caglar, who was very happy about his new engagement. “I actually come from the comedy corner and was accepted anyway. That was a great feeling, ”said the all-rounder in an interview with spot on news.

But that was not the last change in Berlin’s “Tatort”: Meret Becker will be seen in her role as Nina Rubin for the last time in spring 2022, as was announced in 2019. In the case of “The Girl Who Goes Home Alone”, Rubin has to deal with the Russian Mafia in Berlin. Becker will then be replaced by actress Corinna Harfouch (67).