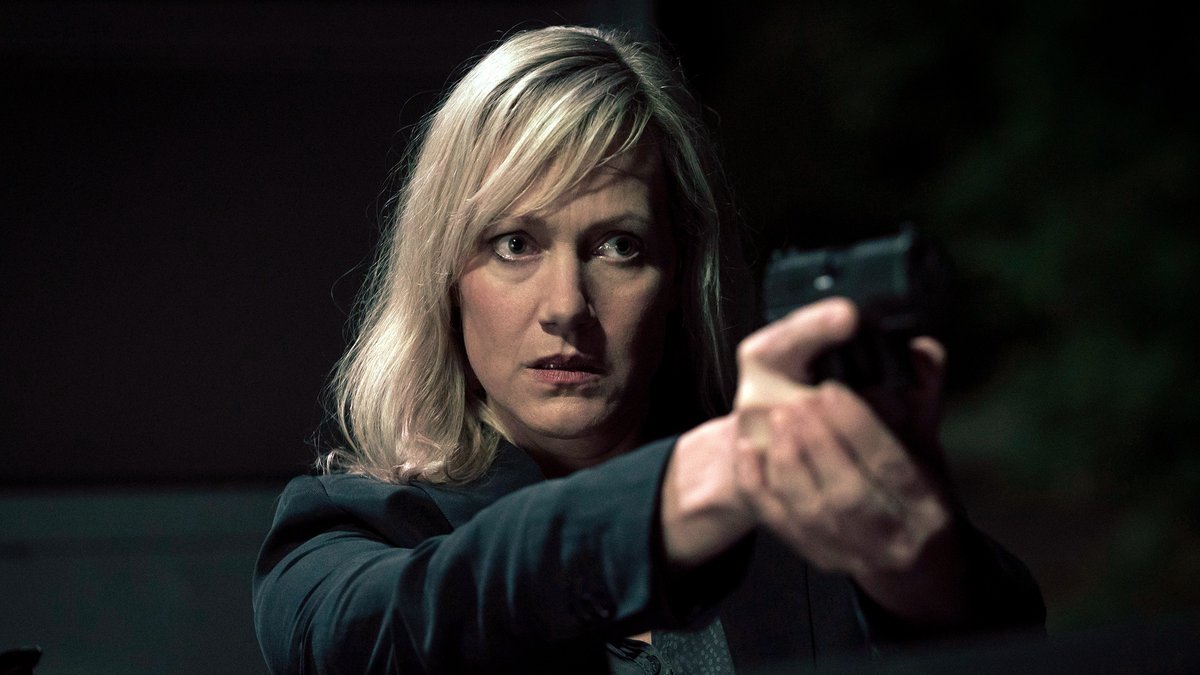 Actress Anna Schudt (47) slipped into the role of Commissioner Martina Bönisch (2012-2022) for the last time on Sunday (February 20) in “Tatort: ​​Liebe mich” (Das Erste), which she had been part of the Dortmund investigative team for ten years played.

“I bow to my colleagues and thank everyone who has accompanied Ms. Bönisch for ten years. Thank you for the great time and it will continue super exciting! Dortmund Rocks !! ”, she writes on Instagram for a photo that shows her and her colleagues Jörg Hartmann (51), Rick Okon (32) and colleague Stefanie Reinsperger (34) laughing together again.

Her 14,600 followers took the post as an opportunity and commented on the surprising exit: “I’m speechless and at the same time fascinated that NOBODY revealed anything. All the best,” wrote one user. “Thank you for ten great years” can be read and “Thank you for your great acting!” (Bavaria Fiction).

“Dear Anna, thank you for so many emotional, exciting and beautiful ‘Tatort’ moments as Martina. You leave a big void. I wish you all the best for all new projects, “said another comment and: “The shock is deep. But an incredibly good performance by everyone involved. Chapeau! And thank you, dear Anna, for ten great years! All the best for future projects!”

With his comment, a user reminds that Schudt, the third team member of the original four-man crew, is leaving Dortmund: “It’s a shame that only Faber is left of this great team. But at the same time I’m really excited to see how things continue with Faber.” At the beginning, Aylin Tezel (38) as Nora Dalay and Stefan Konarske (41) as Daniel Kossik were also there.

The fact that Anna Schudt’s followers react in this way may not come as a surprise. But a general Sunday crime fan page on Instagram reveals that the grief runs across teams.

“Such a horrible ending man and such a terrific ‘crime scene’. The team is so great,” it reads. And: “It’s really a pity. It was one of the best teams. So very different.” Here, too, praise and sadness go hand in hand: “It was such a great and exciting ‘crime scene’. It’s a shame it had to end like this.” “A very tragic and unexpected end,” says another user. Another noted, “Even the end credits tune kicked in later – suspended like my heartbeat!”

“After a start-up phase in which I had to get used to the difference in the Dortmund team, I also liked the ‘Dortmunder’,” says a detailed analysis by a Sunday thriller fan. At the beginning, “the sensitivities within the team were very exhausting and sometimes annoying”, but at some point that was exactly what made the appeal of this team with “rough edges”.

For Sunday crime fans, it is the second bitter loss of a beloved character after Charly Hübner (49) left Rostock investigator Sascha Bukow at the beginning of the year, as this comment reminds us: “First Bukow, now Böhnisch. I’m incredibly sad.” All in all, it was “15/10…sad ending…great ‘crime scene’!!!”.

What’s next for the Dortmund team?

And how will he continue with the Dortmund investigative team? Will it be exchanged? Or will Anna Schudt be replaced? “After the death of Martina Bönisch, Faber, Herzog and Pawlak will investigate together for the time being,” reveals WDR editor Frank Tönsmann when asked by the news agency spot on news.