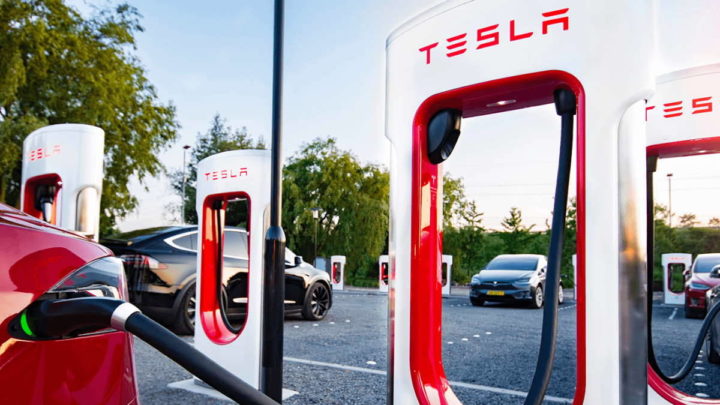 In addition to autonomy, one of the concerns of electric car drivers, whether Tesla or not, is the time they will have to wait for charging. This is a process that can take a long time and bring about changes in travel.

Tesla wants to combat this problem and thus created a new feature in its car software. These are now able to offer alternatives and thus circumvent the anxiety of charging electric cars.

Tesla is constantly trying to improve its car software. The brand's idea is to guarantee new features to the drivers of their vehicles, improving even more those that are present and they are used to using them on a daily basis on trips.

This is how a novelty appears that was discovered a few days ago and that guarantees an improvement in the charging of Tesla's electric cars. It does not change this process in any way, not guaranteeing that it is faster, but making it take less time.

“Rerouting to a less busy Supercharger”

Never seen that one before. God I love this car pic.twitter.com/JkSDmENvcy

From what was shown on Twitter, from now on, users can be redirected in navigation to Supercharger chargers with fewer users. By evaluating the occupancy rates of these chargers, Tesla is able to help drivers and their cars.

In practice, this will make uploads take less time and users will spend less time in queues. In the end it is useful for everyone and as far as we know it is automatic when using the navigation system of electric cars.

Users' opinions seem to split when it comes to the real usefulness of this new way of managing the routes of Tesla's cars. In addition to many confirming its usefulness, the biggest complaint is even the battery values ​​that vehicles present when arriving at these Supercharger chargers.

From what you can see, this is not a change in navigation paths that can be accepted or refused. The route shown only takes this element into account and changes depending on the occupancy status of each of these Tesla Supercharger chargers.