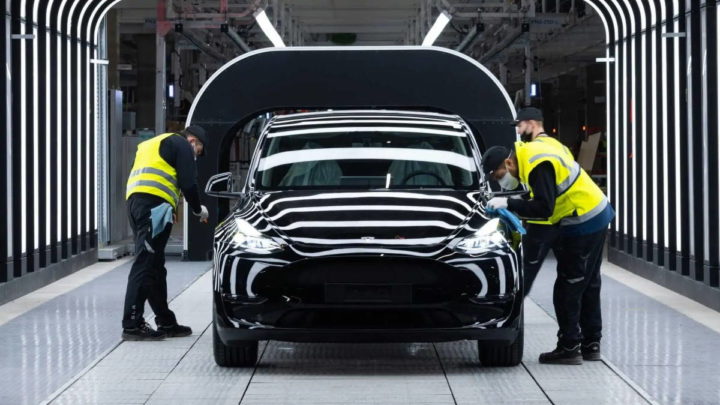 Tesla’s Gigafactory in Berlin is already in full production, trying to make up for some lost time. There were several months of delay and that resulted from several problems that the brand had with the authorities and with their rules.

It was expected that Tesla would start shipping its cars to its customers, but apparently there are some problems. Delivery dates for the new Model Ys are being postponed and there is still no reason for this change.

The creation of Gigafactory in Germany has a special purpose for the brand. It wants to stop depending on its factories around the world and thus guarantee a source of new cars for Europe and other nearby markets.

It was expected to start its deliveries more widely soon, but that now appears to be facing problems. From what is known, as a result of several reports, Tesla is canceling or delaying deliveries of Made-in-Germany (MIG) cars, originally scheduled for the end of June.

Multiple reports are coming in about canceled MIG Model Y Performance deliveries in Europe. The deliveries were scheduled for as early as today.

New delivery dates are no earlier than mid July.

There is a critical fault with the drive unit and a part needs replacing pic.twitter.com/n806gZNTbS

Tesla's Model Y could be the affected model

Information associated with this situation indicates that there is a problem, but without mentioning which one. There is no indication of a recall or official statement of what is known. This same information points to the problems being in the power units of these cars, especially in the Model Y Performance.

It is unknown how many Tesla Model Y Performance MIGs have been delivered so far by Tesla, but this number is expected to be below four digits. There are reports of a recent problem with a Tesla MIG in Norway. According to the owner, the car cannot be driven, waiting for the parts needed for the repair.

Today my MY LR got pushed to November - December from September - Oktober pic.twitter.com/lEhqafs92X

Car deliveries are being postponed

The issue is likely to affect all of Germany's Gigafactory production and not just the Performance version of the Model Y. These delays have also been reported by some Tesla customers, who have seen the estimated delivery time of the Long Range AWD version change.

This Tesla factory appears to be in trouble again, as seen before. It is expected that it will be simple to quickly diagnose the problem and continue production of the Model Y and the remaining models, especially as the Chinese factory is expected to have another break to change equipment soon.