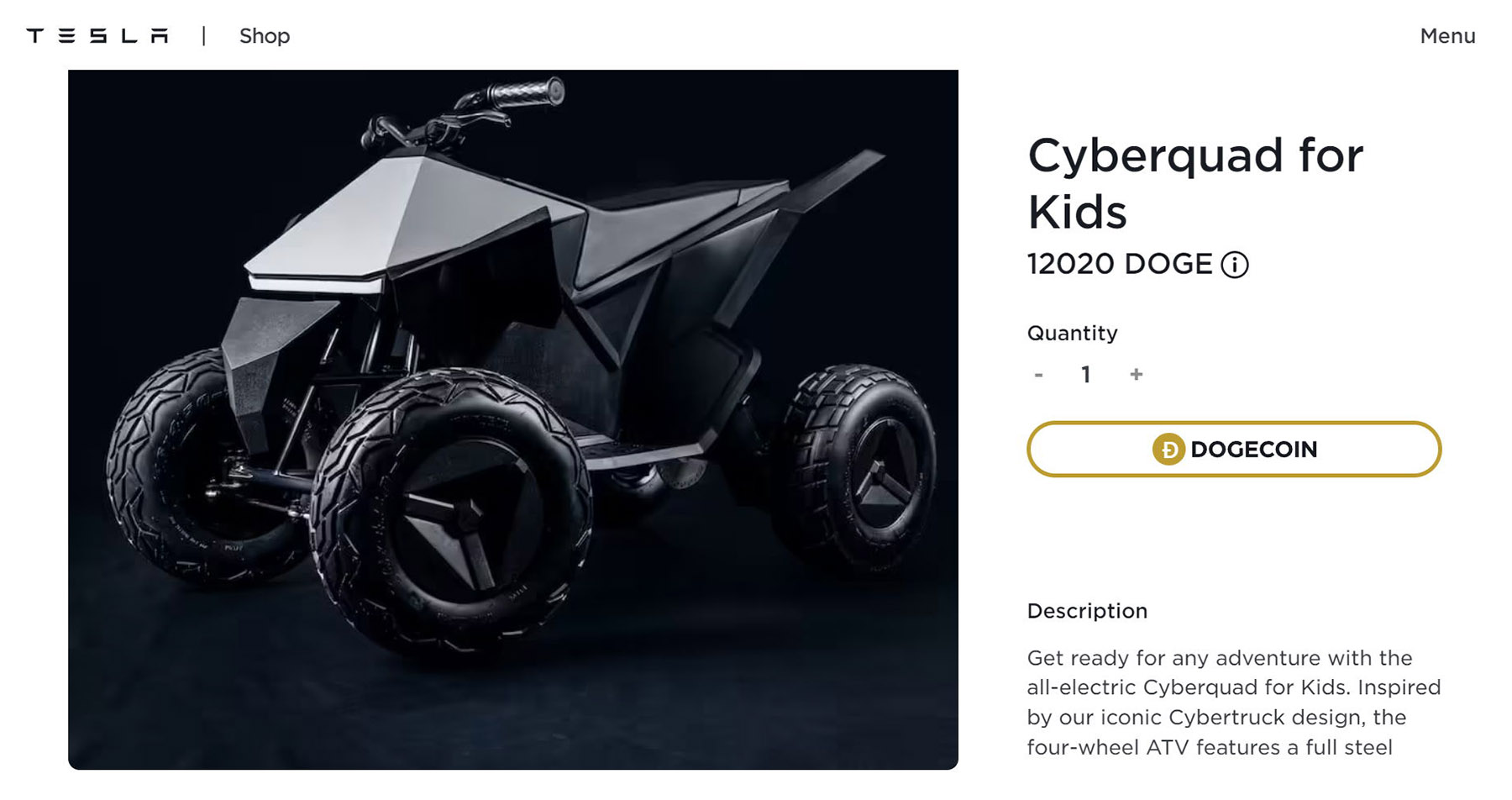 Tesla is allowing customers to purchase select merchandise items using Dogecoin, according to the web site it is a tweet by CEO Elon Musk. You can now get Cyberwhistle for 300 doge ($58), Giga Texas Belt Buckle for 835 doge ($161) and Cyberquad for Kids at 12,020 doge or $2,320. According to the store, Dogecoin is now the only way to buy these items as the cash option is no longer appearing.

Musk has been interested in Dogecoin lately, having discussed in May the cryptocurrency’s potential “efficiency” compared to Bitcoin. Then, in December, he tweeted that the company would “make some purchasable products with Doge and see how things turn out”. Following Musk’s announcement today, Dogecoin is up around 14% in the last 24 hours.

Tesla accepted Bitcoin as payment for its cars in February 2021, but stopped the initiative less than two months later, citing Bitcoin’s environmental impact. “Cryptocurrency is a good idea on many levels, but it cannot come at a huge cost to the environment,” Musk said. said on twitter at the time.

Dogecoin uses less energy to mine, mainly because it is worth less than Bitcoin. Musk said last year that he was working with Dogecoin developers to improve its efficiency, although there is still no clear way to do that without decreasing its value. That said, Block CEO Jack Dorsey has just announced plans to build an open Bitcoin mining system that makes that particular cryptocurrency “more distributed and efficient”.