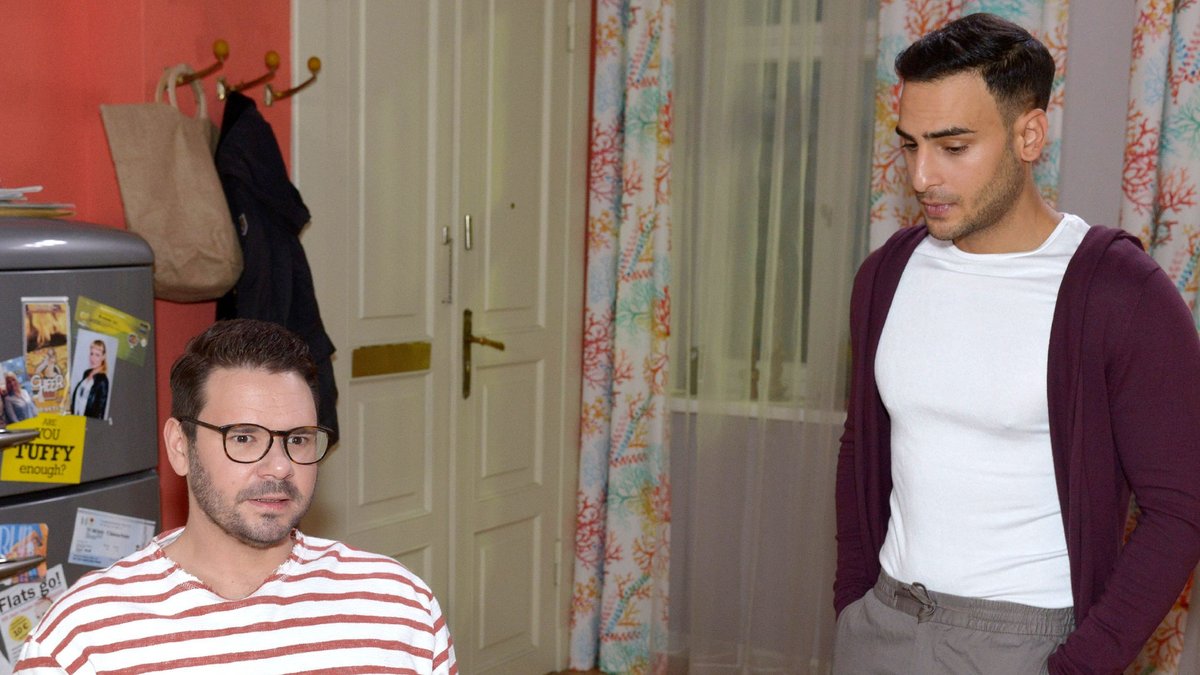 The secret that Jakob Fährmann is alive but doesn’t want to know anything about his daughters and has commissioned Philip to sell one of his paintings weighs heavily on Carla. Disappointed with his father, Philip wants to destroy his paintings. Mia cannot understand that Franzi categorically rejects her parents’ revival. But Mia also has a strange feeling when she sees her mother happily reunited with Florian and realizes how much Anke is suffering.

Robert is relieved to learn that nothing happened to his unborn child when Ariane fell. Since Ariane claims that Lia pushed her down the stairs on purpose, Robert keeps his distance from Lia. Vanessa mourns the loss of her dream house, which she and Max are unable to buy because of the neighborhood dispute. Rosalie then comes up with the idea that she could buy the house pro forma and then sell it on to the two of them.

Tobias and Eva pull themselves together and try to work together – with success. Thus strengthened, Eva is ready to face her nemesis again. Conor bursts into Nika and Paco’s travel preparations with a tight deadline for the next song. When Paco accuses him of bullying, a fight ensues. At Monika’s lingerie party, all women want the same thing. In a bet they let their unsuspecting men decide.

Jenny makes Finn take a close look at SynTacla. However, the suspicious Caroline threatens to track them down. Jenny’s plan seems to fail. Deniz and Ben decide to follow up on Marian’s lead. But just before they reach their destination, they are slowed down. Lucie is angry that Miro doesn’t seem to have any sense of wrongdoing. She refuses to talk to him. But Miro doesn’t accept that.

Tuner is there for Emily and Kate, even if it means fighting an infestation of lice. In fact, Tuner enjoys family life so much that he finds himself dreaming of a family with Emily. Moritz can’t be sure if Luis is really his anonymous follower on the gay dating portal. So he lets a test balloon rise, which convicts Luis without him noticing anything.