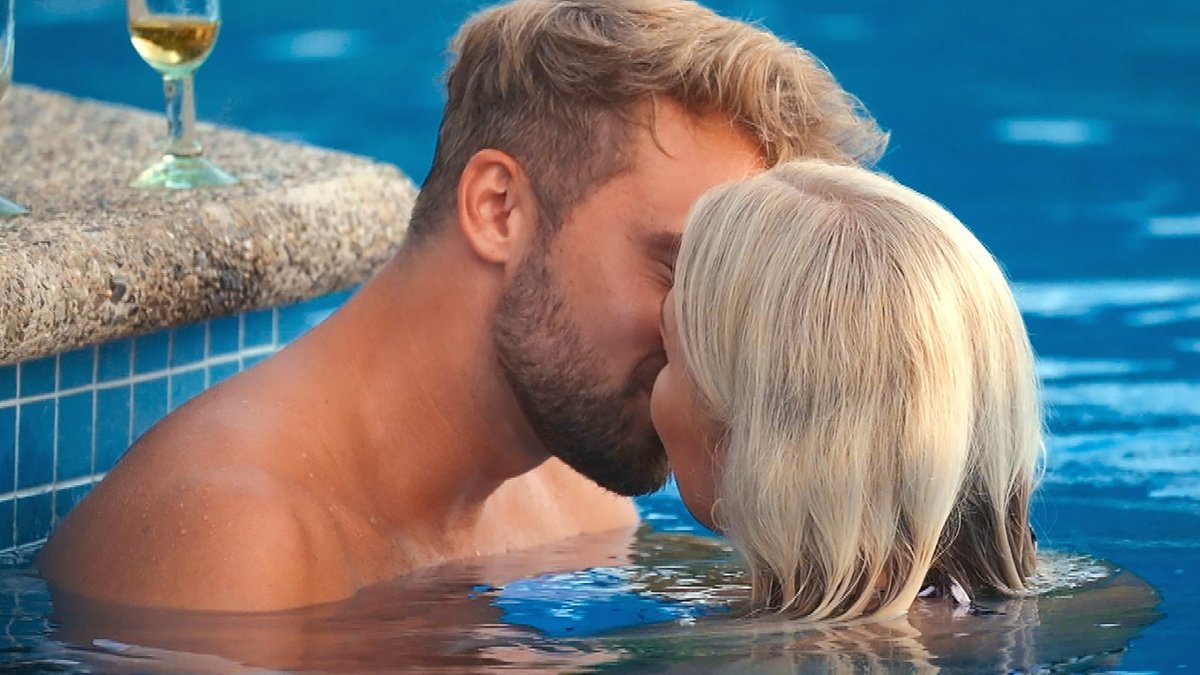 Shock in the Frauenvilla: Already in the third episode of “Der Bachelor” (also via RTL +) there is a first kiss – which of course causes a stir among the other candidates. But they tear themselves apart even before the fatal tongue strike.

Contents
Group date with two Chiaras How do you feel about kissing?The bachelor says it through the flower(smi/spot)

Christina R. (23), aka Shakira, found out that other women gossip about her. She confronts her confidante Christina Aurora (30), the alleged main bully. She, in turn, is angry with Franzi (26), who is said to have snitched. “I’m not in the mood to punch someone in the face on TV,” says Christina A. The big confrontation ensues at the pool, and the first little tears flow.

Josi (25), Nele (28), Anna (33), Franzi, Lara (23), Susanna (27) and Natalie (24) are allowed to go on the first group date. Two jeeps take you to a suspension bridge with a spectacular view. Even more spectacular than the view down is the view of the other end of the bridge. Because there are two women waiting. Since two candidates voluntarily packed their suitcases in the last episode, supplies had to be found.

The newcomers, who are said to be a surprise even for the bachelor, are called Chiara F. (24) and Chiara M. (24). As if three Christinas weren’t confusing enough.

How do you feel about kissing?

Dominik greets the Chiaras politely, but Nele is allowed to go on a single date later. The inevitable happens. When splashing around in a pool, Dominik Nele first asks how she feels about kissing on a first date. In response, she takes action. “It just felt right,” says Nele afterwards. But she doesn’t really trust the roast yet. She wants to “stay vigilant”.

Inside the house, Nele, who is appropriately called “Shrimp” by her colleagues, confesses the pool incident. Jana-Maria (29) in particular is shocked. In the last episode, Dominik invited her on the first date and immediately gave her a rose. She apparently believed that she could derive claims from this. “I’m angry and sad,” she says.

On the second group date – the girls paint a house and the bachelor – she tries to talk, but doesn’t really get any further. Here you can already see what he later confesses: “I can’t deal with problems”.

The bachelor grants the second single date one of the Chiaras. Namely Chiara F. You and Dominik first walk hand in hand on the beach, then they run into the water with their clothes on. The kiss doesn’t happen – although most of the women in the villa bet on it at the same time.

The bachelor says it through the flower

For this, Chiara F. gets the first rose of the evening. “Not impressed” one is about it in the house. In general, Chiara F. is badly received there for some unknown reason. Christina A. refuses to sleep in the same bed with her because they don’t know each other yet…

Jana gets the second rose. With this gesture she is reconciled with the bachelor. He lets the kissed Nele fidget for a long time.

Josie and Natalie don’t get any roses this time.