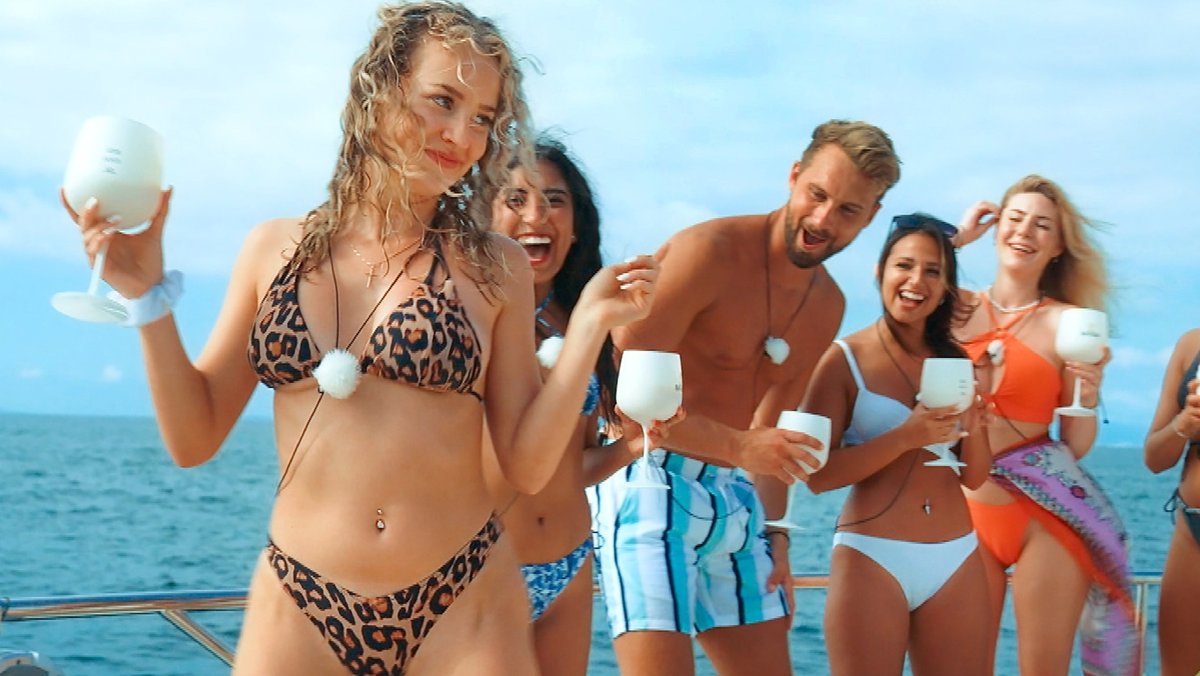 Day two on “Der Bachelor” (Wednesdays at 8:15 p.m. on RTL, also on RTL +). That means: The first single date is coming up. Jana-Maria (29) is the chosen one of Bachelor Dominik (30). For the lovebirds in spe it goes up. Skydiving is coming up. What to do on a first date. It’s the first time for both of them. So skydiving. Dominik sweats even more than usual (“I’m dying”) and is surprised that Jana-Maria is so calm.

Back down to earth, people talk, flirt and laugh. In general, Dominik likes to laugh. And uses expressions that were thought to be extinct, such as “Heiliger Bimbam”. For example, when he sees Jana-Maria’s “curves” for the first time. But she also shamelessly perceives the scantily clad appearance of the bachelor. According to their own statements, the famous “sparks” and “butterflies” are already flying with both of them. Jana-Maria is even given a rose right away and thus emerges as the early favourite.

As far as his future planning is concerned, the bachelor is very straight forward. He definitely wants to get married, he has already expressly communicated that. In one game, eight candidates have to dress up as brides and fight for a single date with Dominik in a course. Bobette (26) prevails and is allowed to cut a wedding cake with the bachelor. This act is also the first time for both of them, as Dominik emphasizes.

The ladies dance like in a hip hop video. Christina R. in particular lives up to her nickname “Shakira” and shakes her butt like her Colombian role model. This is great for Dominik, but only so-so for the competitors. The fitness clerk is also blasphemed in the house.

Not “Shakira”, but her namesake Christina N. is still allowed to go on a single date on land. Sparks fly here too.

Before the bachelor can send two candidates home without roses, two come before him. Vivian (28) has to go home to her little son. And Irina (29) retires because the famous spark did not jump over her. “I don’t feel it,” says the photographer about Dominik and the whole show.

Nevertheless, two women have to leave involuntarily. That’s what the rules say. It caught the half-Italian Giannina (21) and the Austrian Claudia (24). The latter in particular seems no less relieved than Irina, who left voluntarily.