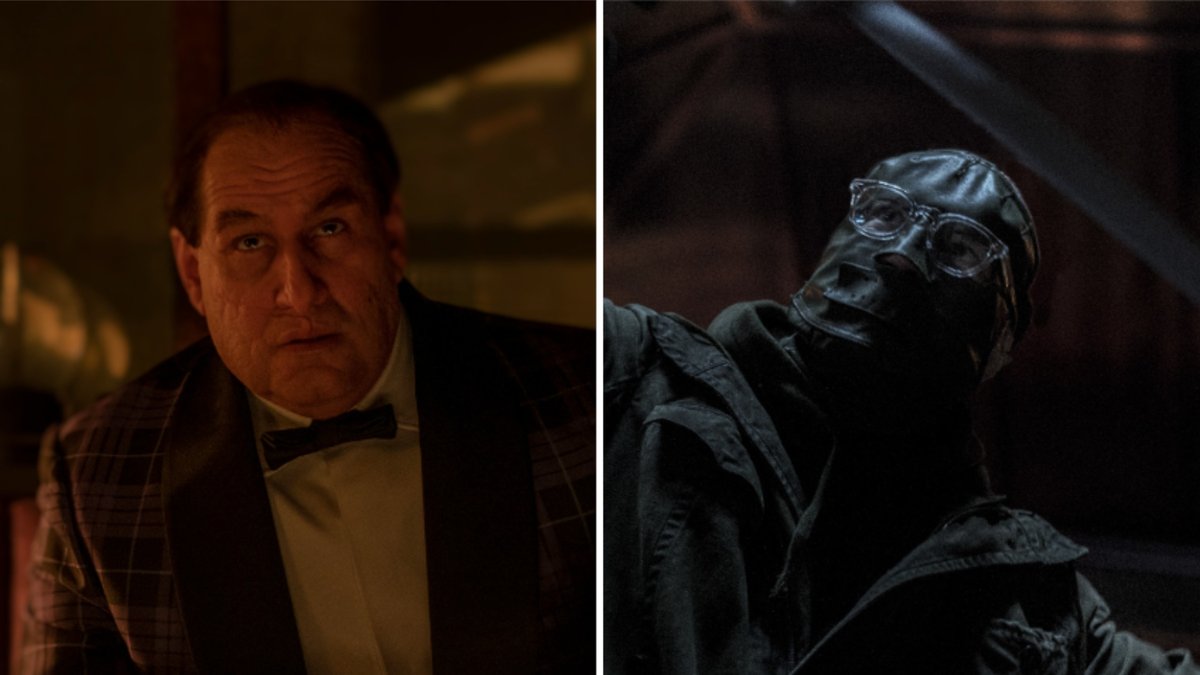 Less than two months and Gotham’s dark knight aka Batman swings back onto the screen in the person of Robert Pattinson (35). In the trailers for the film by Matt Reeves (55), which is due to hit German cinemas on March 3, fans were able to catch a glimpse of the super villains that the bat man will soon have to grapple with. Film studio Warner Bros. has also published new photos of the penguin and the Riddler, which allow further conclusions to be drawn about the tonality of the strip.

Contents
Parka instead of spandex(stk / spot)

So “The Batman” clearly moves away from the previous, very comic portrayal of both villains. The penguin, depicted as a deformed monster with greenish blood in “Batman’s Return” (1992) – and wonderfully overdrawn by Danny DeVito (77) – is a very common adversary in the new film, at least visually. It is hard to believe, on the other hand, that the sleazy underworld boss is actually supposed to be actor Colin Farrell (45).

Parka instead of spandex

The Riddler will also return to the screen much more worldly than before. We remember: In the motley “Batman Forever” from 1995, a hyperactive Jim Carrey (59) with red hair slipped into a green spandex suit with question marks. In “The Batman” Paul Dano (37) will mime the crazy mastermind, but he only wears a green parka and a matching mask that covers his entire face.

Other promo pictures that are circulating on social networks show that only a question mark is scrawled on the jacket of the new Riddler. He also seems to have a weakness for gaffer tape …

The character Catwoman, on the other hand, is once again ambivalent as usual. As in “Batman” (Michelle Pfeiffer, 63) and “The Dark Knight Rises” (Anne Hathaway, 39), Zoë Kravitz (33) also seems to be an ally and an opponent of the heroine in “The Batman”. As usual, however, the Dark Knight can rely on the full support of his loyal butler Alfred (Andy Serkis, 57) and the help of Police Chief James Gordon (Jeffrey Wright, 56).