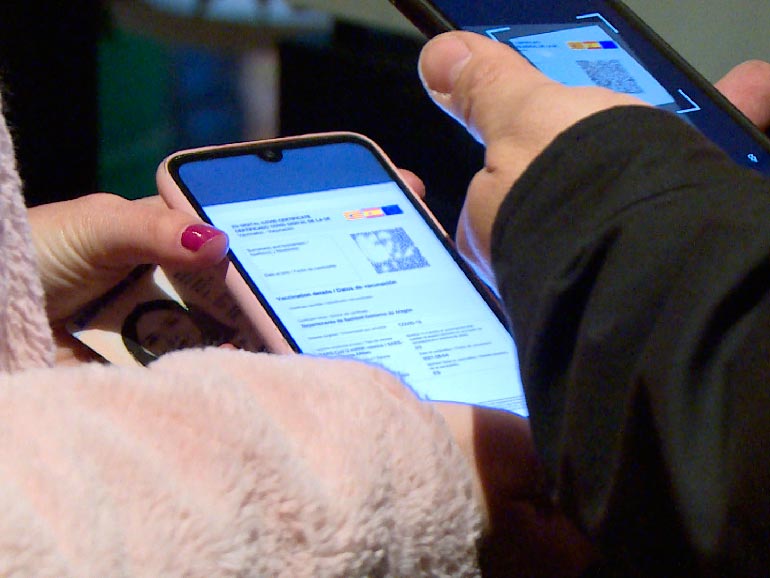 The Government of Aragon will present the allegations to the TSJA’s rejection of the extension of the Covid passport in the Community. Although it was scheduled to be this Monday, President Javier Lambán, who has affirmed that he has been “disconnected from the Covid for a few hours” due to the floods, has confirmed that it will finally be done on Tuesday, three days after the last judicial blow to the measures of the Health Department.

The implementation of the vaccination certificate against Covid-19 has been a constant tug of war between the Executive and the TSJA. At first, the Government of Lambán approved it to access nightlife, mass events and celebrations, but the judges deleted this last point and set the deadline of January 8.

Later, after the December bridge, the counselor of the branch, Sira Repollés, announced its expansion to various sectors, such as entering hospitals, hotels, cinemas or gyms, among others. However, the TSJA did not take 24 hours to respond and on Saturday, the same day that it came into force, it abolished this order and maintained the one it allowed days ago.

After hearing the decision, President Lambán already showed his surprise at the reasoning of the judge, who stated in his car, published on same day the record for cases was broken in all of 2021, that there had not been a change of situation since the previous one. “It is an argument that is surprising at least because the figures are absolutely devastating,” stressed the leader of the Executive.