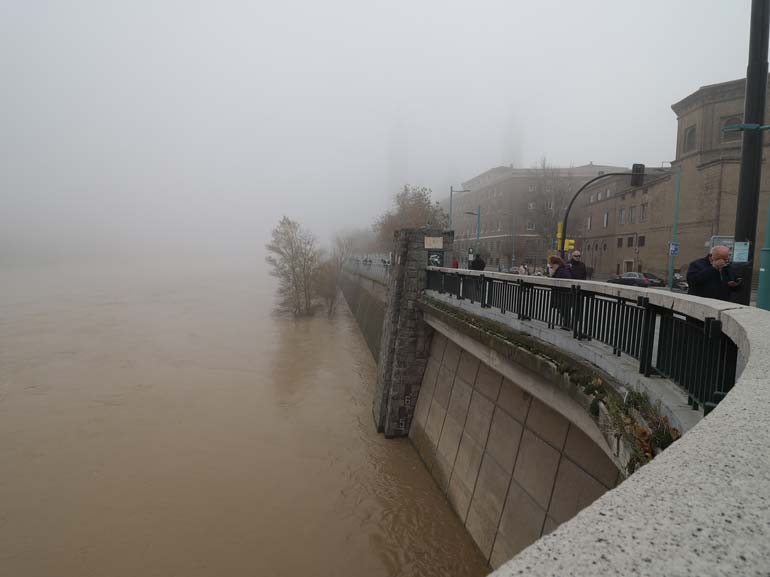 The mayor of Zaragoza, Jorge Azcón, has warned the Ministry of Development and the Ebro Hydrographic Confederation (CHE) to put “special precaution and care” in case it is necessary to cut the Z-40 due to the rapid increase in flow. As explained by the first mayor of the Aragonese capital, this Monday morning the river “has risen 20 centimeters in two hours”, which could threaten traffic through some points of this peripheral road.

Azcón has participated in the meeting called by the Government of Aragon in the auditorium of the Alagón City Council with mayors of the riverside towns. There he has warned that “the worst data” have been confirmed and that the flood “may be historical and greater than that of 2015”.

Likewise, the mayor of Zaragoza has demanded more cleaning works and works to alleviate the damage of these extraordinary floods. “They are the same problems as in the past. There have been cleanings that have been positive to alleviate the force with which the river causes damage. It is necessary that, once and for all, we take seriously cleaning the river and undertake the necessary cleanings and works so that it does not happen again ”, he stated.

Routes between Alfocea and Zaragoza