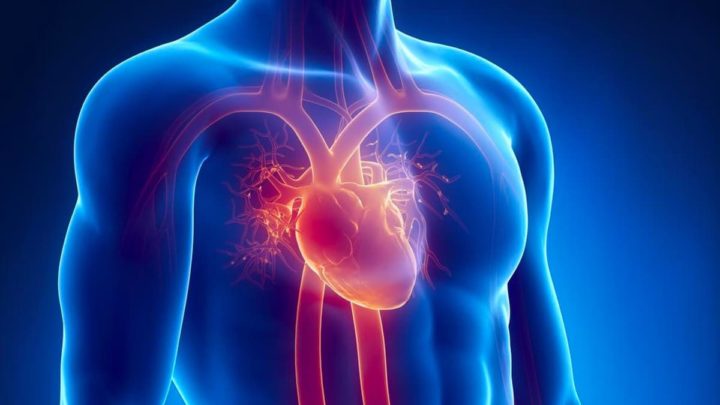 Our bodies, more specifically our organs, are very ingenious when it comes to self-repair. In this sense, scientists have studied in detail the ways in which the heart repairs itself after a heart attack (myocardial infarction). Scientists hope to find clues that could lead to better treatments for cardiovascular problems.

Contents
Does our heart have the power to repair itself?26 million people are currently living with heart failure

New research has revealed that the immune response of the body and the lymphatic system (part of the immune system) is crucial in how the heart repairs itself after a heart attack.

Does our heart have the power to repair itself?

The key to the study was the discovery of the role played by macrophages, specialized cells that can destroy bacteria or initiate helpful inflammatory responses. As the first responders in a scene after a heart attack, these macrophages produce a particular type of protein called VEGFC, the researchers report.

We found that macrophages, or immune cells that rush to the heart after a heart attack to "eat" damaged or dead tissue, also induce the vascular endothelial growth factor C (VEGFC) that triggers the formation of new lymphatic vessels and promotes healing.

the researchers describe it as a Jekyll and Hyde scenario: 'good' macrophages that produce VEGFC and 'bad' macrophages that do not produce any VEGFC but cause a pro-inflammatory response that can cause more damage to the heart and surrounding tissues.

In order for the heart to fully repair itself, dying cells need to be removed - a process known as efferocytosis in which macrophages play an important role. By studying this process in cells in the lab and in mice, the team identified how the right type of VEGFC-producing macrophages did an adequate repair job.

Our challenge now is to find a way to deliver VEGFC or persuade these macrophages to induce more VEGFC in order to speed up the heart's repair process.

When people are hit with a heart attack, they are at high risk of heart failure, where the heart is unable to continue pumping blood around the body. This risk can be reduced with modern drugs like beta-blockers, but it's still there.

As scientists continue to improve our understanding of how cardiovascular disease is caused and how we can better and earlier diagnose the risk of heart problems, heart failure continues to kill hundreds of thousands of people each year. According to the Portuguese Society of Cardiology, heart failure (HF) is a growing public health problem. About 26 million individuals worldwide are currently living with HF.

Other studies like this will shed more light on the biological processes that occur in response to a heart attack - particularly how the efferocytosis process is used to trigger the VEGFC protein needed for heart muscle repair.