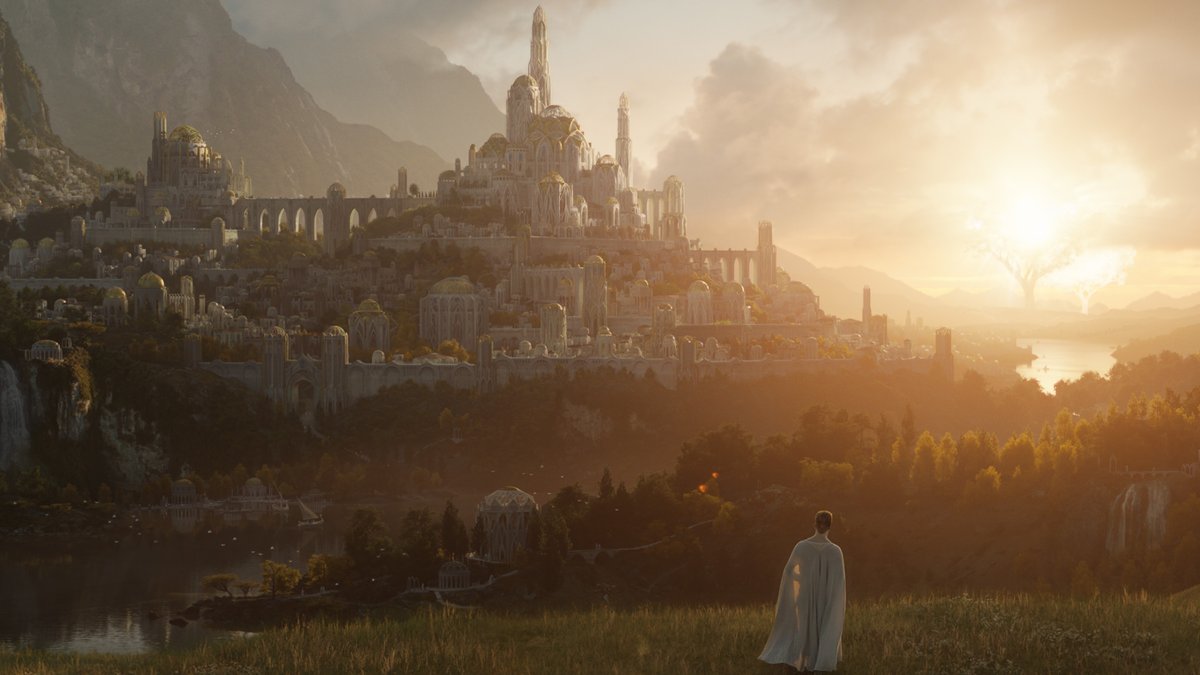 Fans are eagerly awaiting the release of the new series The Lord of the Rings: The Rings of Power in several months. As part of the Super Bowl, Amazon has now released a first teaser trailer. A German version of the approximately one-minute clip is already available.

“There are miracles in the world”

“Have you never wondered what else awaits us out there? Wonders await in the world beyond our paths,” reads the trailer for epic landscape shots. But the fantasy action shouldn’t be neglected either, as the moving images suggest. For example, a short excerpt of a battle can be seen. The series is set thousands of years before the events of The Lord of the Rings and The Hobbit movies. “Before the king. Before the companions. in front of the ring A new legend begins,” the teaser continues.

“‘The Lord of the Rings: The Rings of Power’ brings together all the major stories of the Second Age in Middle-earth: The Forging of the Rings, the rise of the dark lord Sauron, the epic tale of Númenor, and the last alliance of Elves and Men,” had showrunners John D. Payne and Patrick McKay explained in a statement in January. “Up until now, viewers have only seen the story of The One Ring on screen – but before there was one ring, there were many… and we’re excited to tell the epic tale of all of them.”

The series will also star Morfydd Clark (32) as Galadriel, Robert Aramayo (29) as Elrond, Sophia Nomvete as Disa and Ismael Cruz Córdova (34) as Arondir.

The series is already considered the most expensive of all time. According to media reports, the first season alone, which will be shown worldwide in more than 240 countries on Amazon Prime Video from September 2nd, will cost around 650 million New Zealand dollars – the equivalent of around 380 million euros. Amazon is already planning five seasons.

Other film and series trailers also celebrated their premiere as part of the mega sports event – including the first trailer for Jordan Peele’s (42) new horror film “Nope”, which is due to be released in the summer. In addition, a new spot for the Marvel series “Moon Knight” and a trailer for “Doctor Strange in the Multiverse of Madness” were released.