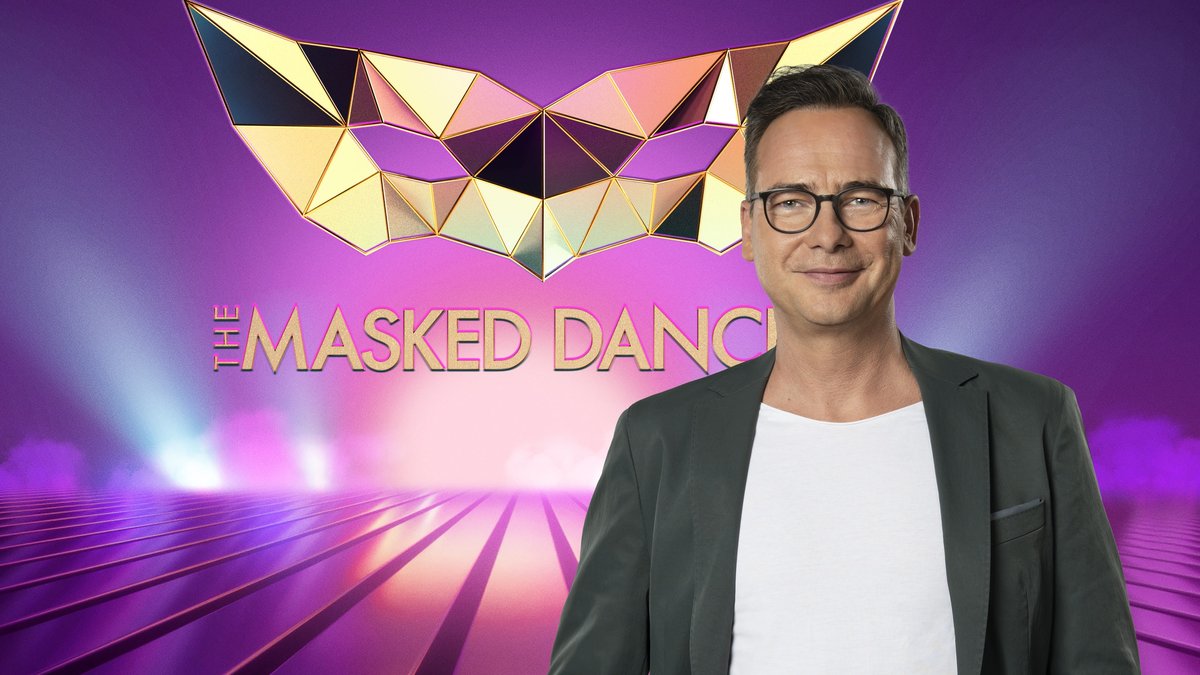 With “The Masked Dancer”, a new format will start on TV on January 6th. ProSieben will broadcast the offshoot of “The Masked Singer” every Thursday at 8:15 pm. Seven masked celebrity dancers will demonstrate their tactfulness in four live shows. “The craziest dance party of the year” will be moderated by Matthias Opdenhövel (51).

This is what distinguishes the show from “The Masked Singer”

The fifth season of the popular entertainment show “The Masked Singer” only ended in November. Alexander Klaws (38) won the title as “Mülli Müller” and thus inherited from Sasha (50), Sarah Engels (29), Tom Beck (43) and Max Mutzke (40). In the offshoot, the candidates do not have to prove their singing, but their dancing skills.

The advice team does not have the singing and the voice as a guide, but has to try to unmask the celebrities through the movement patterns of the stars, music, choreography and the clips to the respective masks. The live decoder helps you to do this; it allows you to take a closer look at individual sequences or even to listen to them.

When preparing for the show, the celebrities, not all of whom are trained dancers, face a particular challenge. As station boss Daniel Rosemann (41) reported at a press conference last Tuesday, the stars complete their training to protect identity in costumes. “The professional dance trainers don’t know who they are training with, everyone is hidden and veiled, it is a non-verbal communication so that there aren’t many more people who know.” Are the candidates in the opening show “all with a dance first well served ”, as with“ Masked Singer ”the requirement increases from issue to issue, emphasized Rosemann. “It’s a real dance competition and not just jumping around.” The audience will see solo and formation dances from all kinds of dance styles.

Compared to “The Masked Singer”, the costumes are less expansive and heavy, so that the celebrities can shake off the dance floor without any problems. ProSieben has already presented five masks. “The helpful creature uses its light wherever it is needed,” says the glowworm, which waits longingly for the night, because the night owl glows when it dances. Two light bulbs are attached to the end of its feelers for this purpose. The monkey, on the other hand, has rhythm in his blood: “His stomach is his bass drum, he always has his cymbals at hand and he creates wild rhythms on his chest,” so the description. So that it doesn’t become too heavy despite its shaggy hair, the hair was sewn layer by layer, according to the broadcaster.

At Maximum Power, in whose mask programmable LED strips are processed, the transmitter announces: “Once it has started up its system, nothing can stop it. He knows only the superlatives and pulsates full of energy. ”The nose and ears of the mouse are decorated with small rhinestones. She prefers to dance power songs and encourages all mouse girls to perform confidently. For the colored pencil “the dance floor is a canvas on which he creates a dance-like work of art with his finesse”. It includes, among other things, hand-made chest hair from wafer-thin wood chips or a pencil as a nose.

“Masked Singer” winner Alexander Klaws and presenter Steven Gätjen (49), who appeared as a reindeer at the Christmas show of “The Masked Singer”, will try to solve the mask puzzle together with a female councilor. “With ‘The Masked Dancer’ you have to pay more attention to the nuances. Perhaps you can find a clear or hidden reference to the star under the mask in the movement sequences and the selection of music or choreographies, ”explains Gätjen in the ProSieben interview. Klaws hopes “that I could recognize some stars by their posture while standing. If there are concise gestures, I could well imagine that I get to the person ”.

Steven Gätjen was also enthusiastic about the colored pencil at the press conference last Tuesday. “I’ve always wanted an object, be it a washing machine or a toaster, now it’s become the pen.” The moderator also hopes for an international representative behind one of the masks, since unlike “The Masked Singer” there is no voice or language Role play. “I would like Tom Holland to be a monkey,” Gätjen said. “The monkey already reminds me of my time as Tarzan,” said musical actor Alexander Klaws, impressed by the hairy participant. Internationally, he would like Charlize Theron – “I’ve never met her, that would be a blast, I’m a big fan”.

The fans are then spoiled for choice via the ProSieben app. There they can vote for their favorite masks live during the show and thus determine which star has to remove their mask at the end of the show. You can also use the comment function to exchange your hottest tips with other users.