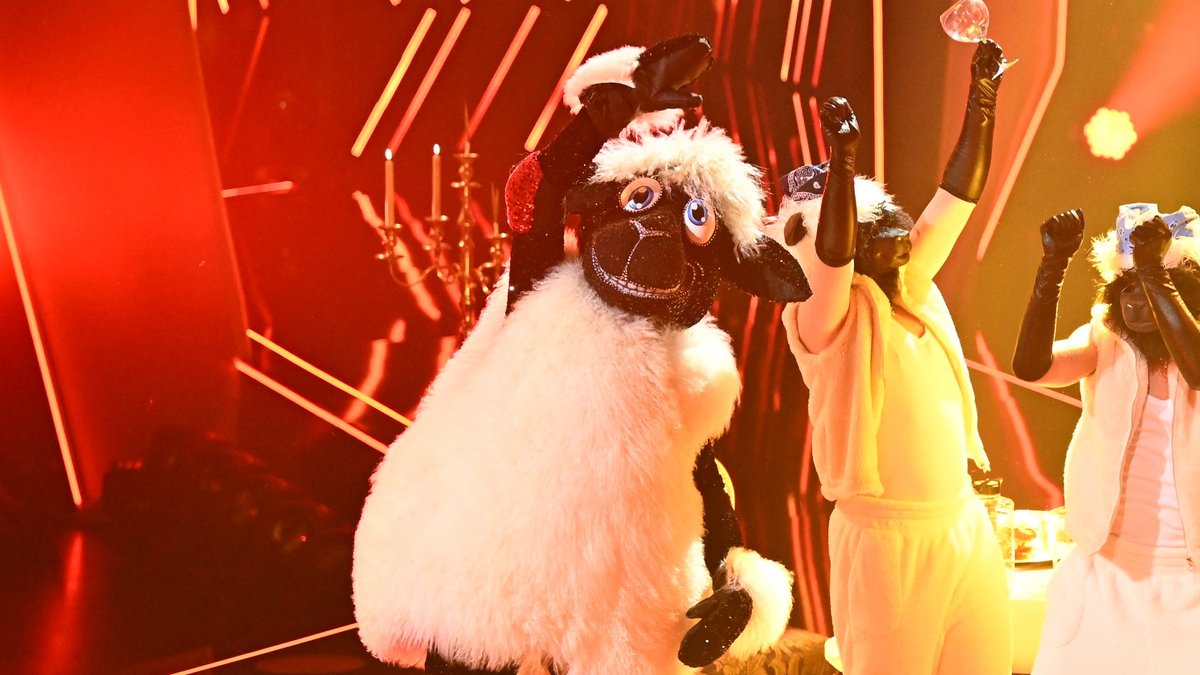 In the second of a total of four live shows by “The Masked Dancer” on ProSieben, another celebrity had to pack his dancing shoes again on Thursday evening. After Ute Lemper (58) had already been exposed as a firefly in the opening sequence, this time a former boxing professional was knocked out. Axel Schulz (53) was under the sheep’s mask.

Steven Gätjen (49) and Alexander Klaws (38) got support from presenter Johanna Klum (41) on the advice team this time. With the exception of Gätjen, the trio was wrong in some cases with their tips. With the sheep, the moderator initially had a colleague in mind, Jörg Pilawa (56), who is “very hardworking” but “limited talent when it comes to dancing”. Names like those of comedian Martin Schneider (57) and “Bachelor” Paul Janke (40) were also mentioned. In the final guessing round, Klaws then guessed boxing legend Henry Maske (58), Gätjen guessed his former colleague Schulz and Klum guessed party star Mickie Krause (51). The favorites of the audience were in this order: Pilawa, Kai Pflaume (54), tailor and mask.

Two comedians in one costume?

First of all, the six masked celebrities had to put on the TV floor a bit more and sometimes less briskly. The monkey was able to win a first three-way battle against the shag and the colored pencil with a “grandiose first performance”, as Klaws commented. The guessing team suspected YouTube star Julien Bam (33) or singer Oli P. (43) in the costume. While the two men were sure that a presenter like Ina Müller (56) or Rebecca Mir (30) would have to be under the shaggy mask, Klum tipped the entertainer Riccardo Simonetti (28). In the case of colored pencils, the tips were particularly wild and fluctuated between “Let’s Dance” judge Joachim Llambi (57), singer Luca Hänni (27) and comedians Ralf Schmitz (47) and Oliver Pocher (43) together in just one costume.

In the second three-way battle, the mouse prevailed against Maximum Power and the sheep. The guessing trio suspected cloud Hegenbarth (41), Felicitas Woll (41) or Lena Meyer-Landrut (30) in the case of Mäuschen. And in the costume of Maximum Power? Evil Jared (50) from the Bloodhound Gang, Eloy de Jong (48) from Caught in the Act and Jay Khan (39) from US5 were some of the guesses here.

As usual, Matthias Opdenhövel (51) led the dance offshoot of “The Masked Singer”. On January 20, ProSieben will show the third episode from 8:15 p.m., before the grand finale is scheduled for prime time on January 27.