Since it hit theaters in December last year, Spider-Man: No Return Home stood out for bringing villains from other universes and bringing together the heroes played by the actors Tom Holland, Tobey Maguire and Andrew Garfield.

Now, Sony has released a never-before-seen image for Spider-Man fans, putting the three actors face-to-face and pointing at each other, recreating a classic meme that has been a hit on the internet in recent years.

The original scene first appeared in the classic series lively spider man 1967, during the episode titled “Dual Identity”, where a villain impersonates Spider-Man, but ends up being discovered by the main character.

Years later, the image resonated and gained several montages, including other versions of the character. 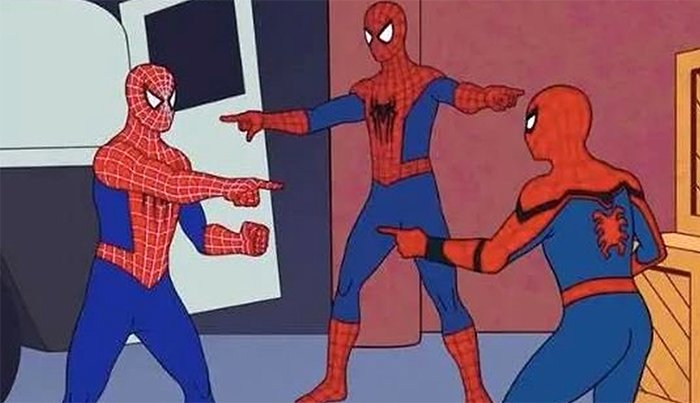 “And now, the moment we’ve all been waiting for…” Sony posted on Twitter.

But, it is worth mentioning that this was not the first time that the actors recreated the image, during the last feature film of the superhero, the three spiders reproduce the meme in an implicit way in one of the scenes where they are together in the laboratory.

The company also announced that the title is now available for pre-order on Blu-ray, DVD and digital format. On digital platforms, the film will be released on March 22 and on April 12 the Blu-ray and DVD versions will be available abroad, however, during the same period, production in these formats should also arrive in Brazil.

It is worth noting that last week, the production Spider-Man: No Return Home surpassed Avatar and became the third highest grossing in US history.