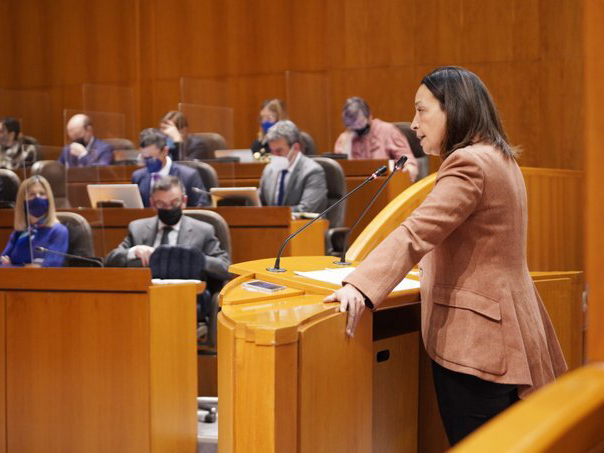 The Aragonese will not enjoy discounts on inheritance and donation tax, as they do have other autonomous communities governed by the Popular Party. The reason lies in the negative vote of PSOE, Podemos and CHA, together with the key abstention of the three deputies of the PAR, to the proposal to modify this tax figure defended by the PP in the plenary session held this Thursday in the Cortes. “His abstention has been cowardly. On the 21st you voted in favor of the inheritance tax being reduced and today you abstain so that it does not go ahead ”. This is how the popular spokesperson for the Treasury, Carmen Susín, reproached the PAR, who just a month ago voted favorably for a similar initiative.

The popular deputy has taken to the regional Parliament the consideration of a bill to discount 99% of the tax quota in inheritance and donation tax through the modification of the article of the current law, 132.6, which it would benefit “notably” the Aragonese obliged to pay taxes for transmissions made to ascendants, descendants, spouses and adopters and adoptees.

During her speech, the parliamentarian recalled that the PP “has always defended the 99% discount on inheritance and donation tax.” In addition, he highlighted that the tax modification subject to debate was endorsed by a similar initiative approved in the Cortes on October 21, in this case with the favorable vote of the PAR despite the rejection of PSOE, Podemos and CHA. “The majority represented in this Parliament agree that the inheritance and donation tax is unfair and confiscatory, and aggravates the differences between Spaniards,” said Susín.

The popular person in charge of the Treasury has stopped in the adjective “cruel” at the time of qualifying the tax. “Cruel because it occurs at the time of the loss of a loved one, because it forces an heir to pay an asset that his parents or grandparents have already paid for and that he himself has sometimes contributed to acquire, and cruel because in many cases the citizens who suffer this tax are dispossessed of all those assets generated by parents and grandparents and even children ”, he remarked in reference to the 10% of Aragonese who every year are forced to repudiate their inheritance for not being able to pay the tax or , in other cases, to apply for a loan to pay the tax burden involved in accepting it.

Susín has encouraged the regional executive to streamline the legislative process “through an emergency procedure.” “We can pass the law in plenary session on December 30, along with the budgets. Or they can even approve the amendment that I have already announced ”, before anticipating that it will present the same text again in the process of amendments to the Community’s accounts for 2022.

“Citizens are willing to choose between those who intend to drown the Spanish in taxes so that we cannot get out of the crisis and among those who defend that lowering taxes contributes to the creation of wealth and increases the collection to support those public services of which you all speak ”, he concluded.

Throughout the plenary session, several members of the Aragón Stop Sucesiones y Plusvalía association have been present in the courtroom. “The PAR has voted against its electoral program and the commitment acquired with us,” they have affirmed, referring to those three abstentions from the formation chaired by Arturo Aliaga that have prevented the bill from going ahead.

“They have betrayed our association and all the Aragonese who placed their trust in that party in the last elections,” they remarked, emphasizing that said “betrayal” will cause us to “intensify our struggle to achieve our noble objectives of eliminating this tax so unjust and cruel. Ultimately, they have clarified that they will intensify their actions from now until the next elections, in May 2023.