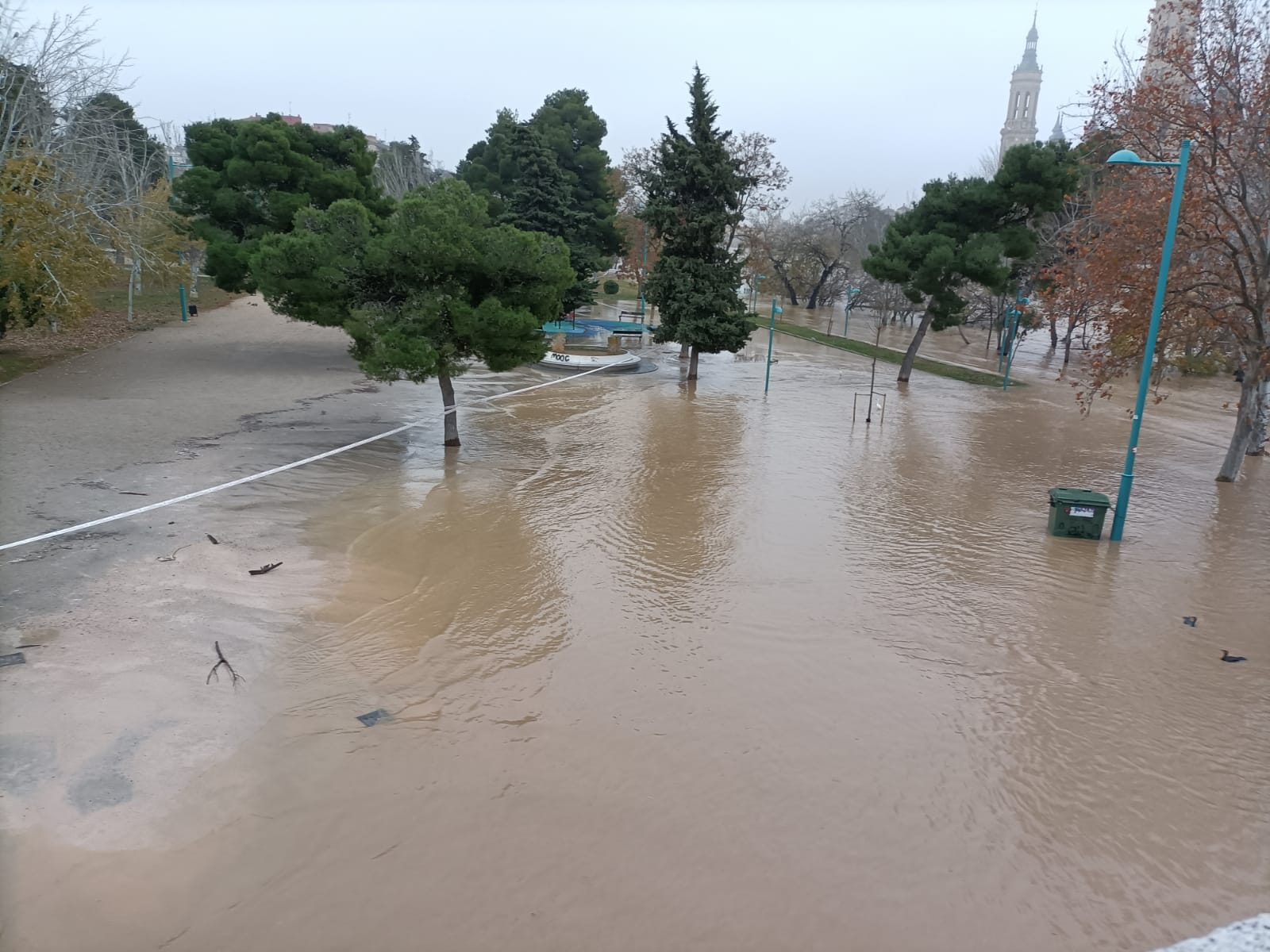 The peak of the extraordinary flood will arrive throughout the afternoon of this Tuesday in Zaragoza once it has already exceeded the towns of the Ribera Alta without causing flooding in urban centers. The peak reached its maximum in Alagón on Monday around 10 p.m., with a height of 7.81 meters, and, according to the forecasts of the CHE, the flow is expected to reach 2,300 cubic meters / second, which would be lower. to the flood of 2015.

The Zaragoza City Council has already taken measures to protect the areas near the riverbank. Throughout this Monday the Water Park, the Ebro Sports Park, the Macanaz Park and the Volunteer walkway have been closed. The Consistory has also contacted the Vitalia residence for the elderly, which is located in one of the flood areas, and, although it will not be necessary to evict them, they will need bilge pumps to remove the water.

In addition, the exterior parking lot of the Torre del Agua has been closed and the vehicles parked in the underground parking lots in the area of ​​the City of Justice and the Conference Center have been ordered to be removed. In the same way, the mayor has warned the Ministry of Development and the Ebro Hydrographic Confederation (CHE) to put “special foresight and care” in case it were necessary cut the Z-40 due to the rapid increase in flow.

As is usual in these episodes, they are performing on the banks of the Ebro, where accesses have been marked out in areas such as Macanaz Park, Helios, Aura restaurant, the lower part of Vadorrey or the Red Cross Park. Another of the conflictive points is the roundabout of the Z-30 at the height of Alfonso Zapater street, which could be cut off to traffic as of tomorrow, so residents are recommended not to drive their vehicles through this area. In addition, the City Council has also suspended the planned trail this Wednesday.

Finally, the Consistory recommends that residents remove vehicles from garages located in floodplains to avoid material damage. To do this, three car parks have been set up in Marques de la Cadena, Estación Norte and Azucarera, where spaces have been expanded.