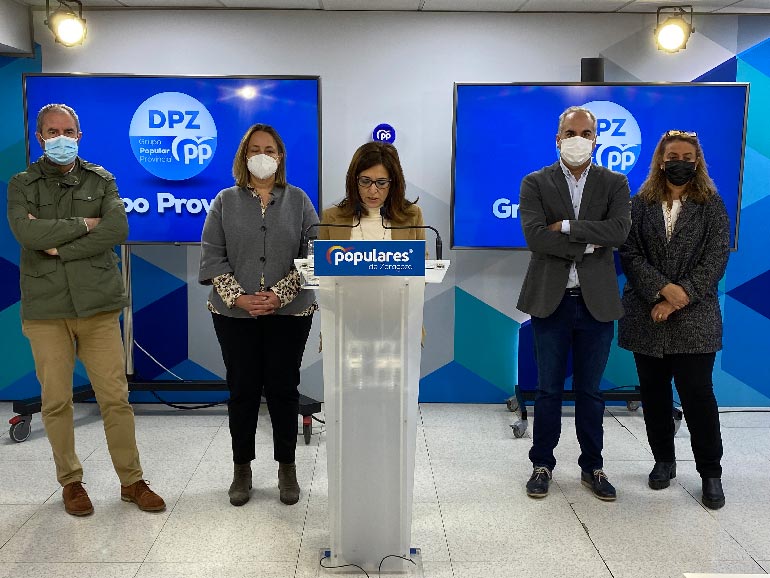 The PP in the Zaragoza Provincial Council (DPZ) has reported this Thursday of its proposals to amend the budget of the institution that the president, Juan Antonio Sánchez Quero, presented on Tuesday, and that exceeds 169 million. The spokesperson for the conservative formation, Iluminada Ustero, has emphasized that the accounts for the next fiscal year must include greater investment potential for the municipalities, must meet the needs of the primary sector, reinforce the installation of 5G in the province, and attend to the Necessary reforms in industrial estates.

A total of five amendments worth 12,935,000 euros, which for the moment have not been “accepted” by the Government team, but which are “realistic, perfectly acceptable and which were formulated to meet the main demands of the territory”, has expressed Ustero. “We are here to solve problems for all the inhabitants of the province, and with them we advance towards that goal,” he insisted, while waiting for the decision of the DPZ to be able to “support or not these budgets.” The financing of these proposals will be carried out with the reduction in the amount of 2,996,000 euros of applications already existing in the preliminary draft Budgets for 2022, as explained by the PP spokesperson in the DPZ.

The first of the five proposals for modifying the accounts of the DPZ refers to the implementation of an investment plan in infrastructures of municipal competence for the year 2022 budgeted with ten million euros, “to reach the demands of municipalities up to where it is not covered by the Unified Subsidy Plan (PLUS) ”. The second proposes an asphalting plan for municipal roads with an amount of 1.5 million euros. The deterioration of these crossings is a “lack” for the primary sector of the province and therefore “is a demand that must be met now to boost the economic activity of our peoples,” said Ustero.

They also propose that the DPZ can help SMEs to defray some expenses for attending and presenting at international fairs, with the aim of promoting this industrial economic wealth. With a budget of 35,000 euros that could be expanded in the future with the arrival of additional funds.

Increase the envelope for the extension of 5G

Likewise, among the requests of the PP in order to support the approval of the provincial accounts, there are two addition amendments, that is, to increase the economic items already included in the budget. In this sense, Iluminada Ustero has stressed the importance of increasing the amount allocated to the extension of 5G throughout the province, with an additional 500,000 euros to the 500,000 already collected in the budget. “If we really want to combat depopulation, the extension of broadband is an urgent matter, something as basic as running water years ago, electricity or the pavement of the streets is the implementation of 5G technology and we must achieve make it a reality in our municipalities ”, he stated.

In addition, they ask to increase the amount allocated to the Maintenance Plan for Municipal Industrial Estates in a situation of abandonment by 900,000 euros because “they constitute a source of wealth for attracting companies to the territory.” On the other hand, the popular ones urge the DPZ “to deepen more in the alienation of assets of the institution that have no use or there is no expected profit, expanding the item from 60,000 euros to ten million since the municipalities could receive this plan of investments of municipal competence so demanded ”, has affirmed.