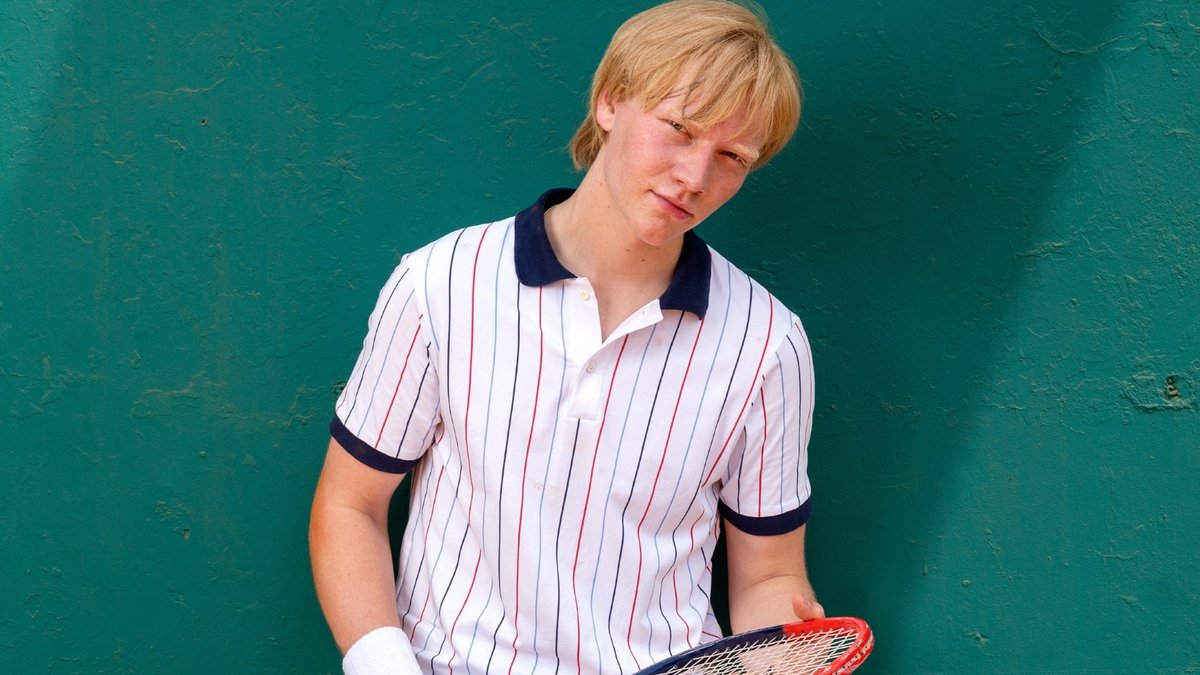 In 1985 Boris Becker (54) from Leimen, then 17, won Wimbledon. His path to the world’s top tennis is the focus of the event film “The Rebel – From Leimen to Wimbledon” (December 16, 2021, 8:15 pm, RTL or via RTL +). It tells the success story of the youngest Wimbledon winner of all time, but also the darker side of the sudden fame that Becker experienced at the side of coach Günther Bosch (Samuel Finzi, 55) and manager Ion Țiriac (Mišel Matičević, 51). Hamburg-based Bruno Alexander (22) slips into the role of the young Boris Becker.

Contents
Why did you feel like playing the iconic role of a tennis legend?So you had to gain muscle mass?How difficult did you find it to play a live person?How did you relate to tennis before?Did you hold out well physically?Have you also seen a lot of old material?You had no contact with Boris Becker himself?You shot in Monaco and Nice, among others. How was that for you?(jom / spot)

In an interview with the news agency spot on news, the actor reveals about the filming: “I’ve never been as fit in my life as it was during this time.” Alexander also explains how he sees Becker as a role model and reveals that he likes the tennis professional would meet on the court.

Why did you feel like playing the iconic role of a tennis legend?

Bruno Alexander: Exactly because it’s iconic. I wanted to face this challenge and do my best. I had a lot of respect when I found out what was going to happen to me. The producers said that although I fit the role well, I was way too thin. From that day on, I immediately had to gain weight, exercise, and practice tennis.

So you had to gain muscle mass?

Alexander: Exactly. I had to eat a lot, about 4,000 calories a day. Then I had two coaches in Hamburg, one on the tennis court and one for strength training. Because of Corona I couldn’t go to the gym, so we had to use home workouts. In the morning I usually had one or two hours of strength training, then I had to eat the second big breakfast straight away, went to the tennis court for a few hours and ate again. The preparations took a total of four months. Never in my life have I been as fit as during this time.

How difficult did you find it to play a live person?

Alexander: I said to myself that I would present my own interpretation of Boris Becker and not try to recreate the past. For example, I decided not to speak like him, if only because it could have looked like a caricature. Because if, as an actor, you imitate accents that might sound funny to some, it might seem like you’re trying to make fun of yourself. It was a great honor for me to play it. He has achieved so much and I would describe him as a role model in terms of his career. As for that determination and the fact that he wanted to be number one and then he did it. I don’t think he cared that other people laughed at him for it in the beginning.

How did you relate to tennis before?

Alexander: I played a bit as a hobby, especially as a child, and then stopped. When I was on the pitch to prepare for shooting for the first time, the trainer quickly realized that there was a lot of work ahead of him. He called the producer and said we had to train at least five times a week because he saw how bad I am (laughs). I also quickly realized that I had to quit smoking because I was simply not in good physical shape.

Did you hold out well physically?

Alexander: For example, we shot the Wimbledon block for five days at a time. I played tennis from morning to night and on the third day I had a strain and had physio. I reached my limits, but then I’m like Boris Becker and very ambitious. I pulled through and didn’t want to admit to myself that I was almost at the end of my tether.

Have you also seen a lot of old material?

Alexander: I collected everything there was on YouTube and RTL made a media library available to me. I’ve watched all of his games and analyzed a lot of how he moves and behaves on the pitch. Then I spoke to his former trainer Günther Bosch, who was very open and answered a lot of questions. Getting more detailed insights into the relationship between the two helped me a lot.

Alexander: No. Maybe he’ll watch the film and feel like meeting or playing a round. I would definitely be ready.

You shot in Monaco and Nice, among others. How was that for you?

Alexander: Shooting abroad and really being there is always the coolest thing. It felt like a school trip with the team. Playing the lifestyle with a luxury apartment and beautiful old cars was a lot of fun. The classic cars were, however, also a challenge; I almost left one of them with a quirk (laughs). Overall, shooting with Samuel Finzi and Mišel Matičević was great. Especially the two of them together were so fun and had great energy. There are actresses or actors who pretend that they are older and think they should be looked up to. I was completely at eye level with them, even though they have so much more experience.