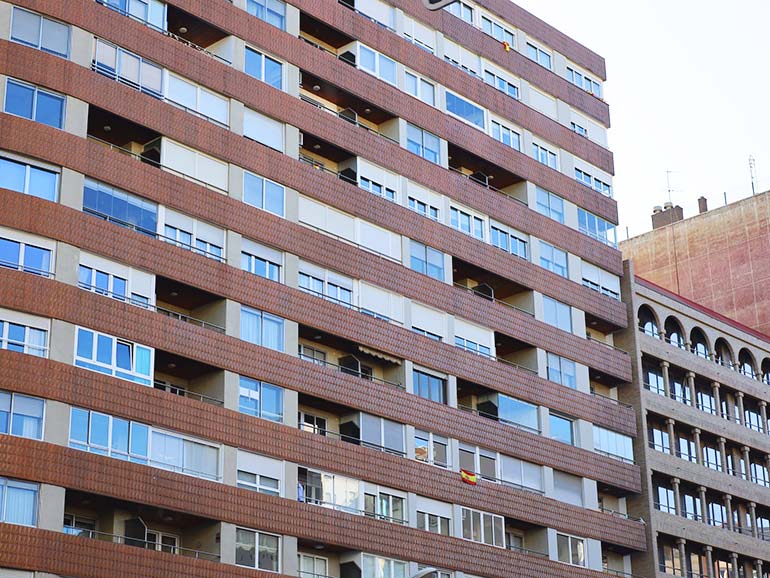 According to the monthly rental price report from piso.com, the typical rental apartment in Aragon registered an average price of 8.23 ​​euros per square meter in November 2021, which represented a monthly increase of 0.86%, the fourth mildest in the country. Compared to November 2020, the cut was -1.89%.

Aragon was the seventh autonomy with the most expensive monthly payment, behind Madrid (12.65 euros per square meter), among others. For its part, the typical rental apartment in Spain had an average price per square meter of 9.91 euros in November 2021. This figure showed a monthly rise of 0.41%. In the year-on-year comparison, it fell by -0.08%.

All the Aragonese provinces rose in the last month. Teruel (1.26%) was the province of the region that increased the most compared to October. From one year to the next, Huesca (7.50%) was the eighth Spanish province that grew the most. Teruel (1.22%) showed an intermediate rise, while Zaragoza (-3.82%) registered a moderate fall. With 7.07 euros per square meter in November 2021, Zaragoza was the most expensive Aragonese province for tenants in the region. Teruel (4.01 euros per square meter) was positioned as the seventh most affordable province in Spain.

Regarding the Aragonese capitals, Teruel (2.94%) was the fifth that grew the most in Spain. Zaragoza (0.24%) registered the fourth lowest national increase and Huesca (-2.99%) was the eighth that fell the most in the country. Year-on-year, Huesca (6.97%) was the eighth in the ranking with the highest increases in the country. Teruel (2.54%) contained its increase and Zaragoza (-3.47%) was adjusted in an intermediate way. In the section on average monthly income, Zaragoza (8.98 euros per square meter) was the most expensive provincial capital in Aragon. Teruel (5.95 euros per square meter) was positioned as the fourth most affordable in the country.

Adjustments continue to dominate the rental market. According to the director of Estudios de piso.com, Ferran Font, “the self-regulatory power of leasing has been demonstrated, although perhaps not to the extent of the purchasing power of families.” In this sense, the expert has pointed out that inflation, at its highest level since September 1992, could cause incomes to change their sign: “The contracts referenced to the CPI that have to be renewed could raise the monthly payment to tenants, just at a time when demand has more difficulties to make ends meet due to the general increase in prices of goods and services, especially energy and food ”, Font revealed.

On the other hand, the rise in the price of housing for sale could favor the rebound in rents, given that “it is the path that those who are now buying with the intention of putting that property up for rent could take. In this way, they would shield the profitability of the asset ”, commented the manager. In any case, Font states that “many owners will prefer to maintain the price rather than raise it if the tenant who lives in the house is a punctual payer, since the fear of not recovering their house in a timely manner joins the possibility that the house will be late in being re-rented or that the tenant who comes after does not fit the desired profile ”.