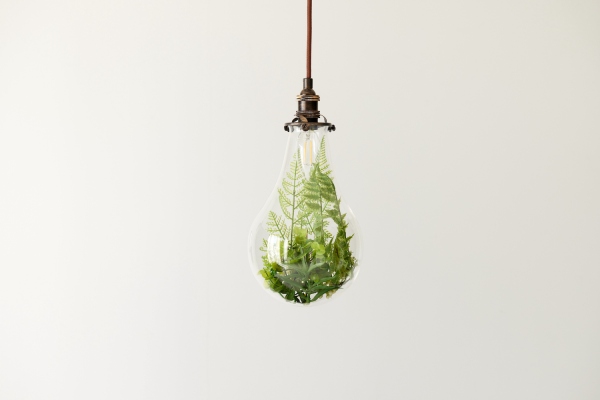 Welcome to Startups Weekly, a new human look at this week’s startup news and trends. To receive this in your inbox, sign up here.

The market is down. The party is over. And the Peloton of X startups aren’t too happy right now.

As tech stocks take a hit, the big question on my mind is how a drop in market performance affects early-stage startups. There’s the obvious argument here that startups are gearing up for a re-correction, and that market rallies were known to be unsustainable, but just because expectations are there doesn’t mean the ripple effects go away.

Despite external investor rationalization, millennial red or pink flags do not go unnoticed, with some companies lowering revenue expectations even in the early stages. At Equity this week, Alex and I interviewed Bessemer’s growth partner Maria D’Onofrio, who admitted that his expectations for exit multiples have changed and that the IPO window is all but closed. Actions may be sane, but that’s still kind of sad, right?

D’Onofrio is seeing rounds taking longer, VCs asking more questions, and due diligence returning (which, for anyone reading this newsletter, is music to my paranoid ears).

My opinion, after speaking with a handful of venture capitalists and founders, is that we will see the return of the lean, green startup. In the past, stock market crashes may have caused a pullback in venture capital dollars, leaving startups to crumble for lack of capitalization. In today’s market, however, there has never been so much capital in the entrepreneurial world.

An early-stage startup backed by venture capital has an elusive line, because a decline in valuations is not a decline in capital. I hope to see founders with money in the bank take a leaner mindset, perhaps spending more conservatively or thinking about the catwalk again. The vernacular will change: if becoming the “Amazon of X” isn’t the smartest target, founders can focus on creating key resources that will help them survive an even greater downturn. It can take a while for a founder to tell me that his capital is offensive, not defensive.

The return to normalcy seems strange, but that’s because we’ve been in hard times for a long time. Looking forward, I’m paying attention to how startups talk about growth in the coming months. Are you raising money, but is it to hire, develop, acquire or just be able to exist?

For my full take on this topic, check out my latest Ploonge+ column: 3 Views: How should founders prepare for a decline in startup valuations and investor interest? I’d also love to hear how you’re reacting to the news so tweet me @nmasc_ and change your mind.

In the rest of this newsletter, we will talk about the emotional pivot of education, the proactiveness of fintechs and some news in the world of venture capital and startups.

The Inevitable Pivot of Emotion Education

I wrote a Ploonge+ story about edtech’s inevitable pivot to emotion-based learning. In the story, I explore how three venture-backed companies – Wayfinder, Empowerly and Learnfully – are tackling the long-standing challenges of personalized education with new approaches.

See why it matters: For education enthusiasts, personalized learning is not a new phenomenon, it is simply a rebrand of adaptive learning. What’s new, then, is that startups newly backed by ventures are creating products that look at students beyond their grades and grades. Edtech entrepreneurs are betting that the future of learning depends on understanding the most subjective characteristics of students, which seems hard to argue. The tension ahead, though, is like applying an entrepreneurial mindset to something as difficult to scale as a sense of belonging.

offer of the week

Parthean recently raised $1.1 million on a $12 million valuation to build a personal finance company that educates users and helps them control their finances at the same time. The big vision behind this, according to co-founder and CEO Arman Hezarkhani, is the idea of ​​proactive learning.

“Anyone who tells you that people want to learn is largely wrong,” he said. “[Founders] I want to believe in the best of humanity and that people will take the time to want to learn something, but we always come back to this vitamin versus painkiller problem.” A large area where this is prominently displayed is in finance, he argues, leaving consumers in a situation where they need a financial platform that helps them when they are running a fever (overspending) rather than when they are feeling ambitious ( after New Year’s resolution).

See why it matters: By combining edtech and fintech, Parthean has the opportunity to track a metric that traditional education companies cannot measure: connection rates. Part of Parthean’s progress is measured if users, after completing a cryptocurrency course, end up doing the action item attached to the end of the lesson, whether it’s setting up a cryptocurrency wallet on Coinbase or raising a credit score.

It can only do this because it has your spending information, but this kind of integration can lead to fascinating results. It’s less about consumption and more about creation.

equity, the tech news podcast I co-host alongside Alex Wilhelm and Mary Ann Azevedo, goes live! Join us for a virtual live recording of our show on February 10th – tickets are free, puns will come at the cost of our producers’ sanity.

10,000 subscribers later, This Week in Fintech has a venture fund

Why Robinhood is getting hammered today

Hard cash and soft skills: how to successfully manage an acquisition