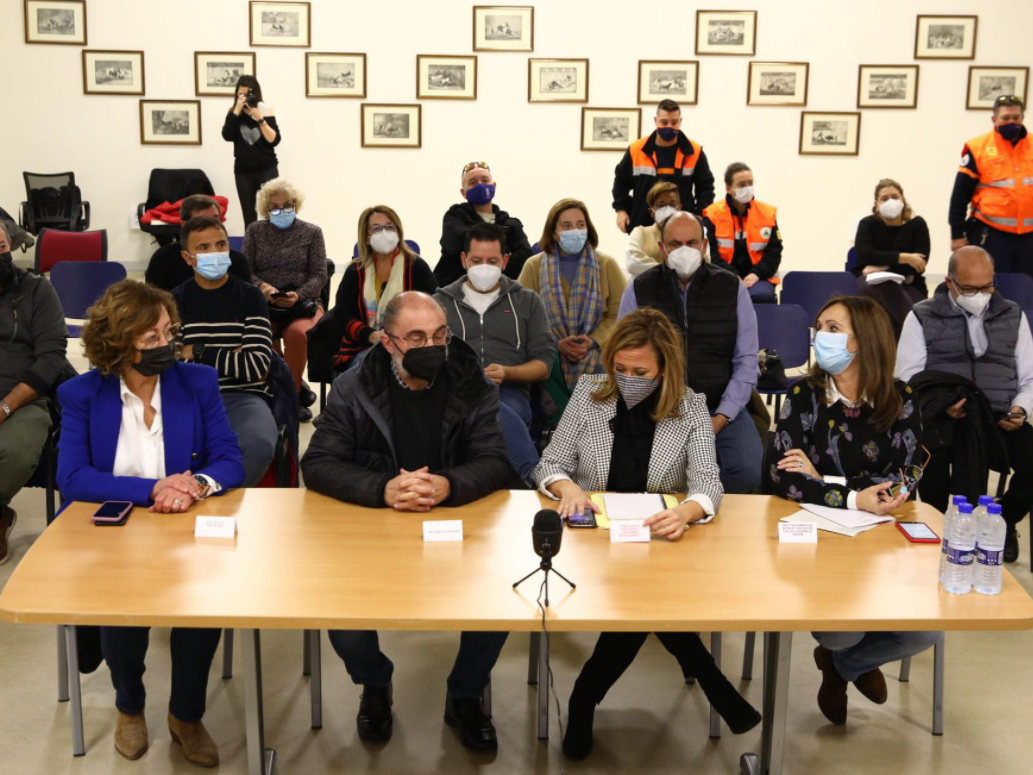 The Ribera Baja will be the next stop of the Ebro flood after reaching the peak of Zaragoza this Tuesday. A maximum that, however, aims to be lower than that of 2015, since less water is expected as it passes through the Aragonese capital and there are no contributions from the Gállego river, which barely transports about five cubic meters / second.

This has been transmitted by the President of Aragon, Javier Lambán, after the last Cecopi meeting in Pina de Ebro, where the Command Center of the operation that controls the flood will be transferred. The leader of the Executive sees these “encouraging” forecasts “with more tranquility”, warning that, if the Gállego river “arrived with 400 cubic meters / second”, there would be “absolute anguish”.

Similarly, Lambán hopes that it will not be necessary to proceed with evictions in Pina de Ebro, and has promised to meet with the mayors of the riverbank once the flood passes to continue the work on the river to “lessen the damage.” produced by future floods. “After the flood, we will talk about damage and continuing to act in the rivers. Work in recent years has paid off. We must continue to increase the actions ”, he pointed out.

On the other hand, King Felipe VI has contacted this morning, during the Cecopi meeting, with the Aragonese president, to “find out about the situation of the river” and convey his “solidarity” with the neighbors, demonstrating, according to Lambán, “a high knowledge of what happens in this country.”