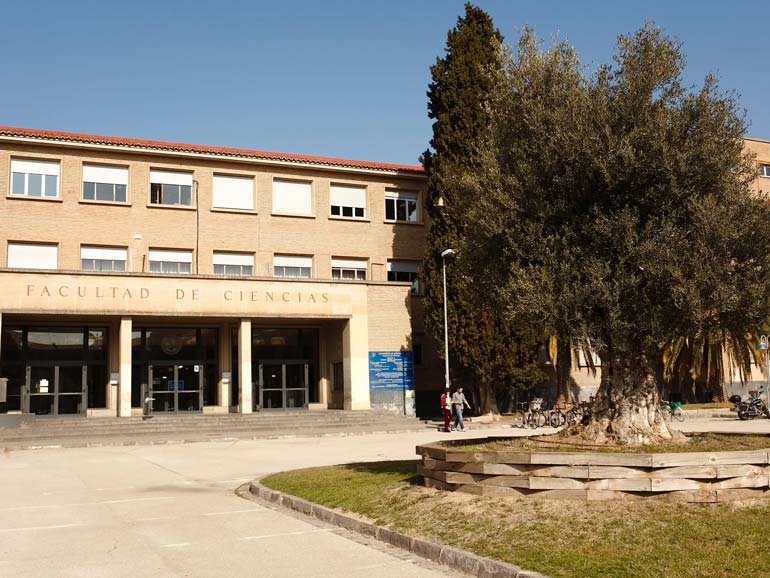 The Governing Council held this Monday has approved, without any vote against, the Budget Project of the University of Zaragoza for 2022. The proposal was presented to the Governing Council on November 17 and, once approved, will go to the Council Social for final approval. The total amount amounts to 329,363,665 euros, which represents a growth of 8.6% compared to 2021, the highest increase in recent years.

After a year 2021 marked by the pandemic and with the previous Financing Model extended, the University recovers in 2022 the growth path started in previous years. This increase is reinforced by the agreement of the University of Zaragoza – Government of Aragon joint commission, in which it was proposed to submit to the Community Governing Council a proposal for a Financing Model for the next five-year period. The proposal is in the approval process by the DGA, and the figures for 2022 have been agreed upon with the Ministry of Science, University and the Knowledge Society.

Likewise, the funds from the Recovery, Transformation and Resilience Plan that have been granted to the University through different calls are collected. Revenues for research increased notably, as well as those allocated to the digitization plan – UniDigital.

Of the various agreements presented in the field of teachers, three should be highlighted. In the first place, with a fifth and final phase, the public employment offer is closed for the year 2021. The 162 positions allowed by the available replacement rate are completed, with the addition of three more positions for teaching staff linked to the health system , thanks to the transfer made by the Aragonese Health Service. In the second instance, the preliminary phase of the teaching planning for the 2022-2023 academic year is approved, which will allow the programming of the subjects and the adjustment of the staff to the needs to be carried out in the coming months.

And finally, several regulations are approved. A new regulation for the dedication of teachers is approved, which replaces the previous one, drawn up in 2014. Second, partial modifications are made to both the regulation that regulates guidelines is for the allocation of teaching to teachers by the departments. And, finally, modifications are made to the guidelines for the establishment and modification of the job list. Regarding the latter, the introduction into the system of needs for the hiring of teachers for most of the teaching in university master’s degrees is sought, with various adjustments in the formulas for programming subjects and computing certain activities to achieve the necessary balance between the computable assignment and the maximum availability of teaching staff that the University can achieve.

Anti-fraud plan of the University of Zaragoza

The Governing Council of the University of Zaragoza understands the importance of ensuring efficiency and rigor in the use of the resources made available to it for the execution of its powers. Likewise, as the receiving and executing institution of funds from the Recovery, Transformation and Resilience Plan (PRTR), it has approved an Institutional Declaration of zero tolerance against fraud. The objective of this policy is to align and enhance the mechanisms of prevention, detection and development of procedures that discourage all fraudulent activity and guarantee an optimal provision of services with the public resources made available to the academic institution.

This declaration is a first step to soon have an “Anti-fraud measures plan” in compliance with Order HFP / 1030/2021, which configures the PRTR management system. Among other obligations and objectives, the plan will serve to implement measures to guarantee the protection of the financial interests of the European Union as a public university beneficiary of PRTR funds, and allow the corresponding funds to be have been used in accordance with the applicable regulations, in particular with regard to the prevention, detection and correction of fraud and corruption, conflicts of interest and the implementation of a complaints channel.

The Governing Council has expressed its support for the participation of the University of Zaragoza in the IAXO collaboration and, in particular, for the signing of the collaboration agreement with DESY for the contribution to the construction and scientific exploitation of BabyIAXO.

BabyIAXO is the first stage towards IAXO, a new experiment in search of axions, hypothetical candidate particles to compose the Dark Matter of the Universe. The problem of the nature of Dark Matter is one of the most relevant pending questions in fundamental physics and cosmology, and one of the axes of research at the Center for Astroparticles and High Energies (CAPA) at the University of Zaragoza. The axion hypothesis as a candidate for Dark Matter has been gaining much interest in recent years and is widely regarded as one of the most promising avenues for solving this question. IAXO will look for the flux of these particles produced by the Sun, as predicted by theoretical axion models, and it will do so with a sensitivity far superior to any other helioscope carried out to date.

After several years of preparatory actions, studies and dissemination in multiple forums, in which CAPA members have played a central role, the project now has the support of the international community, with twenty other institutions from Europe and the United States.