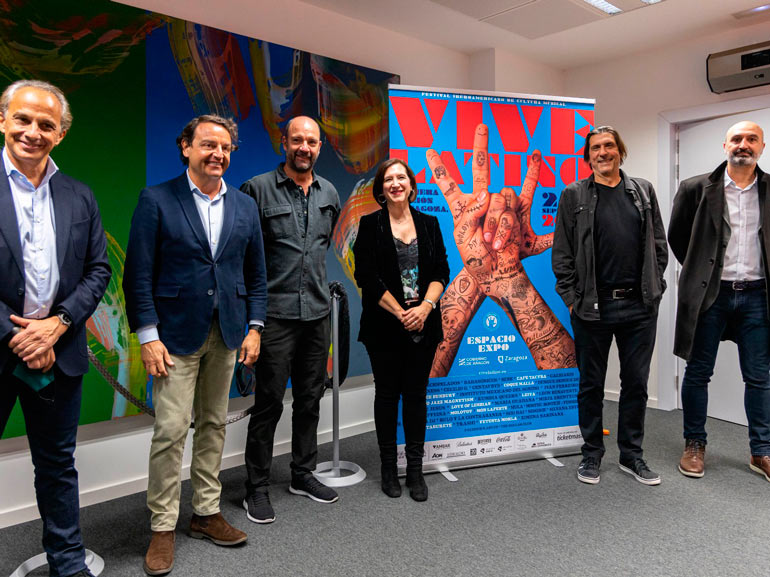 The Ibero-American festival of musical culture, Vive Latino, already knows a new date in Zaragoza. After suspending its first edition due to sanitary restrictions, Vive Latino España will land in the Aragonese capital on September 2 and 3, 2022. It will be the first time that it leaves Mexico City, the place where it was born, to settle in the Expo site. In its 21 editions, Vive Latino has managed to gather more than 2 million spectators in front of its stages where it has been possible to enjoy the most emblematic bands of Ibero-American and international music, but also other emerging bands that thanks to the festival they have made it known in a massive way to an extremely varied public.

The idea, in addition, is that it does it not only as a great music and concert event for Zaragoza, but that it also becomes a great cultural event combined with other activities. «There have always been comedy or movie tents, graffiti, gastronomy or Mexican wrestling. We have to carefully analyze what we want to convey to this festival so that it becomes an amusement park of rock and culture, ”explained the director of Vive Latino México, Jordi Puig.

This first edition will be held at the Espacio Expo and will have three main stages and a space for DJs. Together they will reach more than 14 hours of uninterrupted music. In total, there will be 36 artists of up to 7 Ibero-American nationalities who will have the opportunity to take the stage. Among them, national artists such as Bunbury, Vetusta Morla, Kase O. Jazz Magnetism, Love of Lesbian and Taburete stand out, among many others and from the most established Latin American bands such as Café Tacvba, Molotov, Babasónicos and Ximena Sariñana.

For now, the first tickets have already gone on sale on the festival’s website, but it will not be until January when the rest of the tickets can be purchased. “We initially started with a campaign that will last for Christmas. They are 99 euros for two days. Then, in January, we will move on to a second phase in which day tickets can now be purchased, ”explained the director of the Vive Latino España festival, Nacho Royo.

Tourist attraction for Aragon and Zaragoza

The Zaragoza City Council considered this event from the outset as a “great opportunity” for the city. In fact, Deputy Mayor Sara Fernández stated this Thursday that one of the most important features of the event is that “since there are no tents at the festival since it is a city event, it will be a revulsive not only that end of the week but all the previous one with hundreds of thousands of people who will also participate in the creation of the event ».

This idea has also been shared by the general director of Culture of the Government of Aragon, Víctor Lucea, who has affirmed that a series of plans and ideas are already being agreed that “complement” the festival itself, so that it can become a plan that is maintained in time.