Located in Australia, the world’s largest coal port will now be 100% renewable energy. THE newcastle harbor exports 165 million tons of coal a year and the current move is the first step of a project that aims to decarbonize the port by 2040.

Making the port 100% powered by renewable energy is part of a agreement signed with the Iberdola wind farm, located in New South Wales. The aim is to decrease the port’s production of pollutants, with the intention that coal exports will account for only half of the site’s revenue by early 2030. In addition, the Port of Newcastle has also converted almost its entire fleet of vehicles for electric models and is also changing its infrastructure to reduce CO2 emissions during port activities.

Reduction in the use of Coal

Research shows that in Australia, only in the last three months (October, November and December) the share of coal in the electricity grid has decreased by almost 6%, compared to the same period in the previous year. On the other hand, photovoltaic solar energy generation grew by 24% and wind energy by 6.4%.

According to Craig Carmody, CEO of the Port of Newcastle, the change is necessary and the best option is to make it now, while there is still control over the company’s finances. Carmody mentions that the time for the transition is ideal, as it can still be done with planning. If the transition happened at a time of crisis, the port would collapse.

Furthermore, forecasts indicate that the use of renewable energy will continue to expand in Australia over the next 10 years, reaching a power generation rate of 48%. 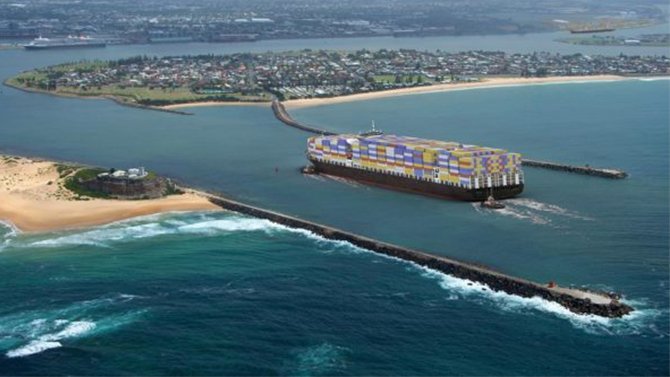 In Brazil, investments are also being made in the sector, one of which is the solar energy complex in the world, which is being built in Rio Grande do Norte, in partnership with the French company Voltalia. The project provides for the construction of the Serra do Mel 1 and Serra do Mel 2 plants that will complement the region’s wind energy production to form the largest solar and wind energy complex in the world: the Serra Branca complex.