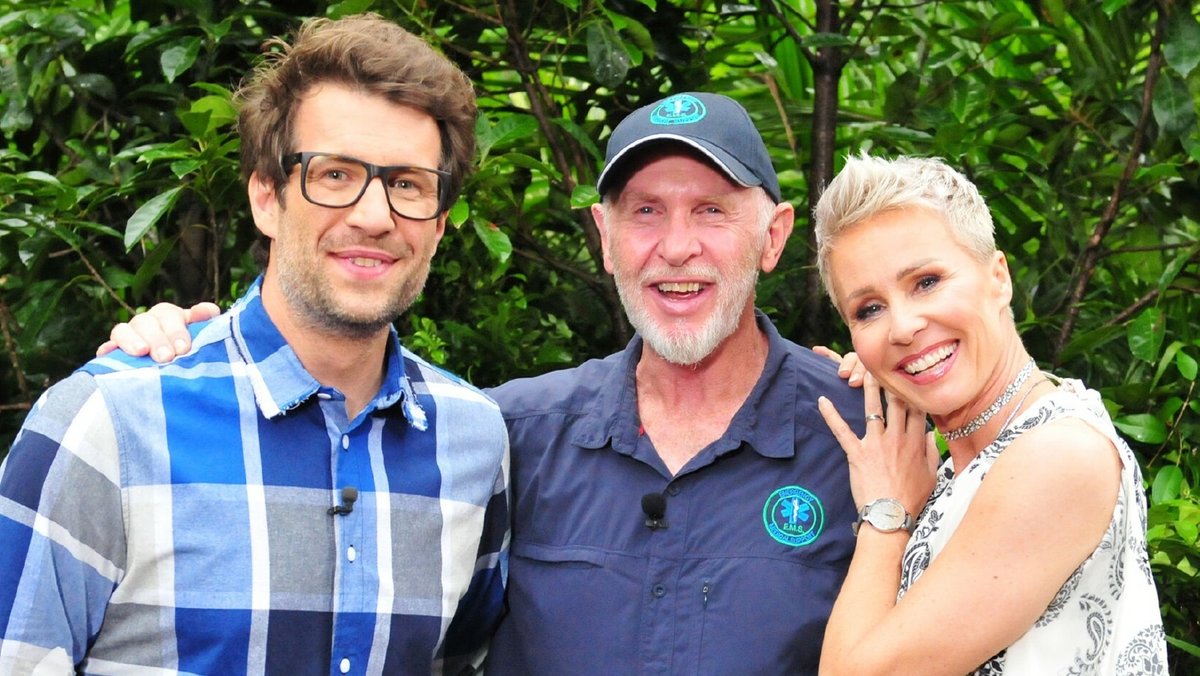 Some formats have become an indispensable part of the German TV landscape. And so you can celebrate special anniversaries in 2022. The number of seasons or the birth of the formats are celebrated. These classics can already look back on a long history of success.

For many years, German celebrities have been shouting “I’m a star – get me out of here!” The reality format, which often reveals the true character of the stars under extreme jungle conditions, goes into its 15th season from January 21 at 9:30 p.m. on RTL. For the anniversary, the twelve stars will not be tormented in Australia as usual, but this time in South Africa with jungle tests. It is still a little Australian, because in the camp near the Kruger National Park where the German format is being shot this year, the Australians usually produce their version of the jungle camp “I’m a Celebrity – Get Me Out of Here ! “. The successful broadcast concept of ITV Studios and RTL remains the same despite the change of location.

For 2022, the RTL series “GZSZ” has announced two anniversaries. The Daily was first broadcast on May 11, 1992 and will therefore be 30 years old. The series is about Berliners who have to grapple with everyday problems. Young people are lovesick, families have to organize their stressful everyday life and intrigues repeatedly disturb the peace. In the course of time many new faces have enriched the series, but the role of “Katrin” has been around for ages at the age of 20. It is played by Ulrike Frank (52). She already reveals how her character will continue: “At first everything looks good for Katrin, she starts the new year in love with Tobias and happily, but then dark clouds appear on the horizon, friendships are put to the test and put back again she asked herself who she can trust. ”The format can always be seen Monday through Friday at 7:40 pm.

“The Geissens” celebrate their 20th season

The 20th season of the reality series “The Geissens – a terribly glamorous family” has been on RTLzwei since January 3rd (every Monday, 8:15 pm). Self-made man Robert (57) embarks on glamorous adventures around the world with his wife Carmen (56) and their daughters Davina (18) and Shania (17). As usual, no savings are made in the anniversary season and the family is indulging in luxury: Dubai, South Tyrol, the Dominican Republic, southern France and an extended shopping trip in New York City – this is what jet set looks like. After eleven years, however, there are also some big changes that the viewer has to digest first. The family moves out of their beloved penthouse in Monaco, but as if that weren’t enough, the daughters also move into their own apartment.

This reality format is also celebrating an anniversary: ​​The 10th season “Celebrity Big Brother” is due in 2022. Then more or less prominent personalities can be monitored by cameras around the clock. The ninth season in space style won Melanie Müller (33). “I think people called for me because I am who I am. I am hardly embarrassed, I speak openly and straightforwardly to things that I have in my head, “she said in the winner interview with spot on news at the end of August 2021. She opposed the three remaining residents of the Big Planet, Uwe Abel ( 55), Danny Liedtke (31) and Papis Loveday (45).

25 years of “Tatort” in Cologne

The Cologne commissioners Max Ballauf (Klaus J. Behrendt, 61) and Freddy Schenk (Dietmar Bär, 60) started their investigative work 25 years ago. In honor of the anniversary, the thriller “Four Years” will be broadcast on February 6 and the investigation “Tatort: ​​Huberty’s Revenge” on March 27. In addition, there will be the Cologne Sunday crime thriller “The Trace of Blood” in the second half of the year.

20 years of “Tatort” in Münster

Commissioner Frank Thiel (Axel Prahl, 61) has been investigating in Münster for 20 years with the support of Prof. Karl-Friedrich Boerne (Jan Josef Liefers, 57). On January 16, the 40th Münster “Tatort: ​​The Devil’s Long Breath” can be seen. The episode “Tatort: ​​Propheteus” from Münster is on the program on March 6th. In addition, the Sunday thriller “Right where the right is due” follows in the second half of the year.

The Dortmund “Tatort” team around Peter Faber (Jörg Hartmann, 51) and Martina Bönisch (Anna Schudt, 47) has been back for ten years. The anniversary episodes began on January 2nd with the “Tatort: ​​Greed and Fear” from Dortmund. On February 20th, the Dortmund crime thriller “Tatort: ​​Love Me!”

However, all three teams will not celebrate their specific birthday until autumn: The three WDR teams each solved their first cases in September / October. Ballauf and Schenk started on October 5, 1997, and Thiel and Boerne on October 20, 2002. Faber, Böhnisch and Co. started work on September 23, 2012. The WDR will celebrate the special birthdays with an extensive accompanying program that is currently still being planned.

The popular VOX format “Shopping Queen” with viewer favorite and fashion designer Guido Maria Kretschmer (56) was shown for the first time on January 30, 2012. The style documentary gets a special kind of anniversary week, which runs from January 31 to February 4 at 3 p.m. on VOX. For a change, the five candidates will go shopping in Turkey, namely in Antalya. This is where the origin of the format lies.

The motto is already revealed by Kretschmer, so each of the candidates gets a cocktail, with which they have to shop an outfit on their shopping day. In addition, this time the candidates will not be accompanied by people from their environment to go shopping, but by celebrities who have roots in Turkey. The stars will also act as translators on the shopping tour. The actor Timur Ülker (32), comedian Meltem Kaptan (41), actress and presenter Funda Vanroy (44), YouTuber Saliha “Sally” Özcan (33) and actress Wilma Elles (35) will be there. For the grand finale of the “Shopping Queen” birthday, all candidates will meet as usual at Kretschmer in Hamburg.