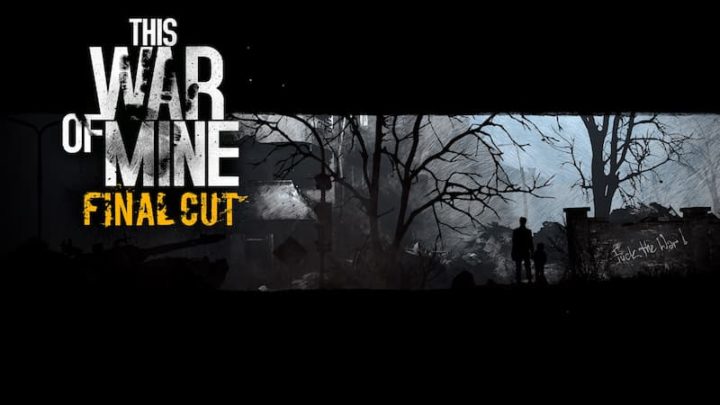 When This War of Mine by 11 Bit Studios was released in 2014 it was a breath of fresh air that came into the world of video games.

One of the main points of interest of This War of Mine was the fact that it is a game about an armed conflict, but whose focus (and all its emotional weight) is solely centered on the role of survivors.

Now after more than 8 years, the Final Cut edition appears and we have already tried it, for Xbox Series X.

In 2014, This War of Mine was released by the Poles of 11 Bit Studios, a game that proved, at the time, as something surprising and innovative and that left a clear mark on the industry.

In a first analysis, the game created its own space, through the theme it addresses and the way it does it. I am not referring to the armed conflict, but to the fact of presenting it under the eyes of its victims.

On the other hand, by attributing this emotional and heavier density, This War of Mine presents a strategic gameplay that takes on an emotional layer, through which any decision can prove to be catastrophic for the survival of the characters in the game. match.

This dynamic and succession of cause-and-effect relationships makes This War of Mine a fantastic game and one that, for obvious reasons, currently gains even greater visibility.

All this dynamics, combined with refined gameplay, makes This War of Mine one of the best games we've ever had the opportunity to experience (here, in the Nintendo Switch version).

Now, a few years after the launch of the original, Final Cut arrives, an edition for next-gen consoles that brings with it the complementary mode, Stories.

The Final Cut version has now appeared for the Xbox Series X and PlayStation 5 consoles and brings both the original game and Stories in a complete This War of Mine package.

As a curiosity, the game was entitled to launch on the Xbox Game Pass service, from Day One, that is, from its launch day.

The game now runs in 4K which means greater detail and detail in everything that happens in this dark and gray world. Despite the grayer tones that 11 Bit Studios chose to color the world of This War of Mine, the most painstaking work in many aspects of the game, such as the removal of rubble, is notorious.

A few years after the original game's release, 11 Bit Studios developed Stories. It is a mode that features the gameplay of the original game but with a more linear narrative. That is, there is a basic script for each Story and the player is responsible for unfolding from there.

Each Story then presents its own plot, presenting the player with a succession of moral dilemmas and situations that he will have to overcome. These are, to a certain extent, situations already known from the base game but which, in a more controlled and contextualized environment of the Story, end up taking on another dimension, such as, for example, A father trying by all means to protect his daughter, facing her with day-to-day dilemmas and having to fight despair and impotence.

This War of Mine

This War of Mine is a game about an armed conflict and it was inspired by the fighting that took place in the Bosnian War and the siege that the city of Sarajevo suffered.

However, part of its secret is that, instead of focusing on combat as in so many other games, This War of Mine focuses its attention on survivors and what they go through to survive in a besieged city.

The idea is simple. The player controls a group of survivors (more than 10 different characters, each with their own past, motivations and skills) who find refuge somewhere in an abandoned house in the middle of the city's ruins.

With each character having its own two characteristics (strengths and weaknesses), it is up to the player to know how to deal and manage them in the best way, thus making the best use of what each one has to offer. 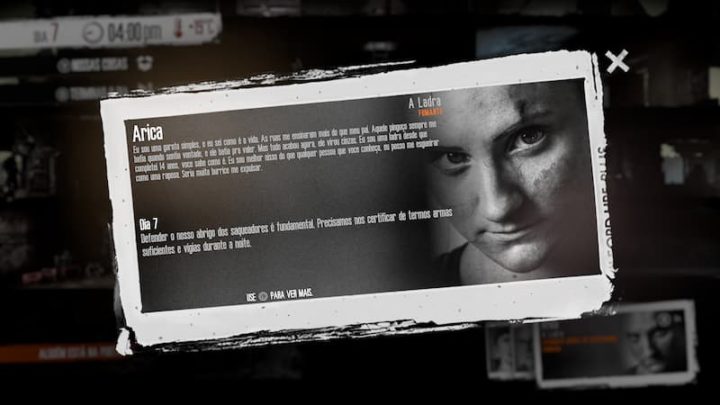 In this way, and taking into account the glaring scarcity of resources, food, medicines... it is up to the player to make this refuge more and more pleasant to withstand the cold and war, at the same time he will have to prevent people from getting sick or die (hunger, disease,...).

Since there is this tremendous lack of resources, and there are few opportunities to exchange goods with other survivors, much of the collection of these same resources goes through night search missions, in which the player will have to choose one of the characters to go out at night. on looting missions, while the other(s) are resting or guarding the house. 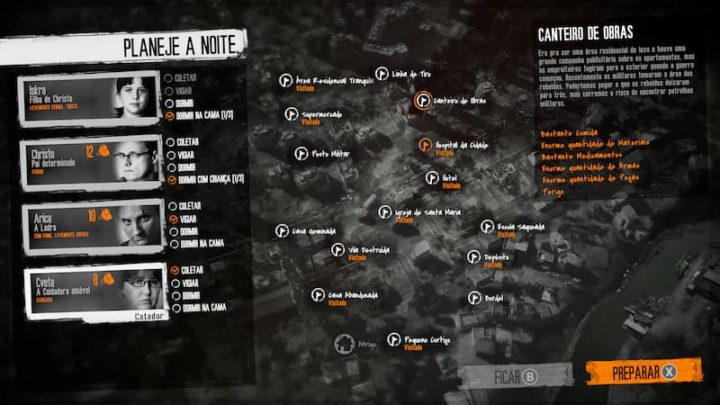 In these night outings, we can find wood, medicine, food, as well as finding the bottom of a carbine so, although each night out is crucial for our survival, it also carries a tremendous risk (especially if we have a small child). and dependent at home, waiting for us). While it's better to adopt stealth moves in these raids, sometimes it's impossible to go unnoticed...

Every night out can prove to be a success, returning with pockets full of loot, as well as a waste of time (not to mention life) and this reinforces once again the fact that all actions in This War of Mine, have their consequences. And the consequences are as diverse as the resources we lack. 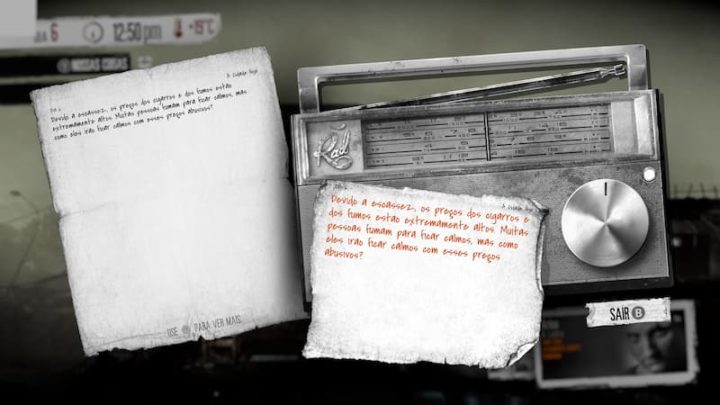 For example, if one night we raid an apparently abandoned house and we meet an elderly couple, we can make the decision to leave because we are not murderers. However, if we choose to steal from them (despite their pleas) we can go into severe depression for months knowing that we are sentencing them to death. However, if we have a hungry and sick child at home, what do we do?

It is undoubtedly what stands out the most in the game: the human price inherent in each and every decision we make. And even in the most banal day-to-day decisions this is noticeable. For example, if during the day we are active repairing/improving the shelter when night falls, if we use that character for the loot mission, fatigue will end up attacking irreversibly.

Or other types of decisions, with regard to resource management. When choosing to improve the refuge with a device that filters and store rainwater and neglecting the construction of a rudimentary wood-fired heater, the winter cold will arrive and will demand a very high bill.

Of course, in such a scenario, there is also a certain amount of violence. In a city where the whole system has completely collapsed (there are no police or authorities), everyone will have to do it for themselves, with the possibility of being visited in the dead of night by thieves or during our night incursions we may encounter armed groups.

All this heavy and dynamic environment makes This War of Mine an extremely captivating game that appeals to other values ​​that we are not used to in games. The mastery with which 11 Bit Studios designed and developed the game aligns all the emotional and moral density of the situations we face, with a management and planning component making each game a story of learning and evolution.

This Final Cut edition is a must have for all players who haven't yet had the privilege of seeing This War of Mine.

This War of Mine: Final Cut