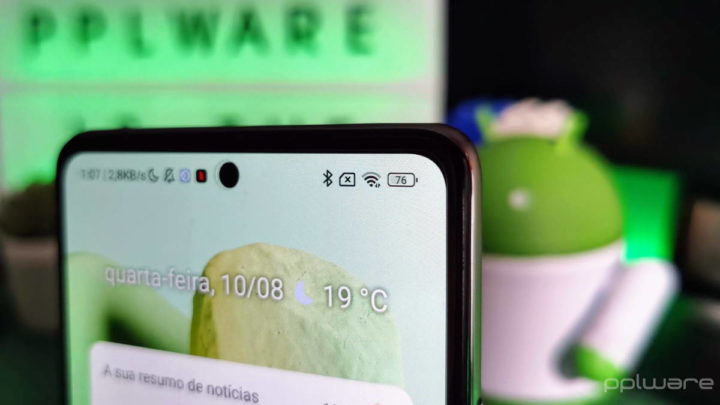 One of the themes of the last few days is the return of the battery percentage to iOS and how this has not pleased users. Android has had this information present for many years and in a different way than Apple is experiencing now on iOS.

This is information that many understand to be essential and, therefore, it is important to have it clearly visible. To help our readers, today we show you how they can activate the battery percentage and have it present on Android, in plain sight.

Android already has a solution

Despite being the same as many other systems, what Apple is testing in the latest iOS beta doesn't seem to be to everyone's liking. They consider that it is not logical to have a representation of the battery, apparently full, and then the percentage present there.

Android also has this information present, although it allows the battery to show the consumption, always keeping the percentage. There are also other ways to show this data, as we will now show you.

The way we show the activation of this information is based on Xiaomi's MIUI, but it should be similar on many more versions of Android, even from other manufacturers. Start by opening System Settings and then choose Notifications and Control Center.

Inside, the place where you can change the notifications settings, you will find the status bar option at the end. This is where the battery information will be shown and therefore it is important to open this area to configure it.

Just choose if you want the image

Here, in addition to other options associated with the status bar, we have the Battery indicator option. This has accessible options that can be chosen and that display the information in a different way. You can use the image only, the image and the percentage outside, or the image with the percentage inside.

It is in this simple way that you can have the percentage of battery present visible to the user on Android. Apple is still finishing creating this option for iOS 16, still without a final version. It remains to be seen whether it will follow the path of Android or whether it will create something completely different and that finally pleases everyone.

An alternative to Apple's iOS