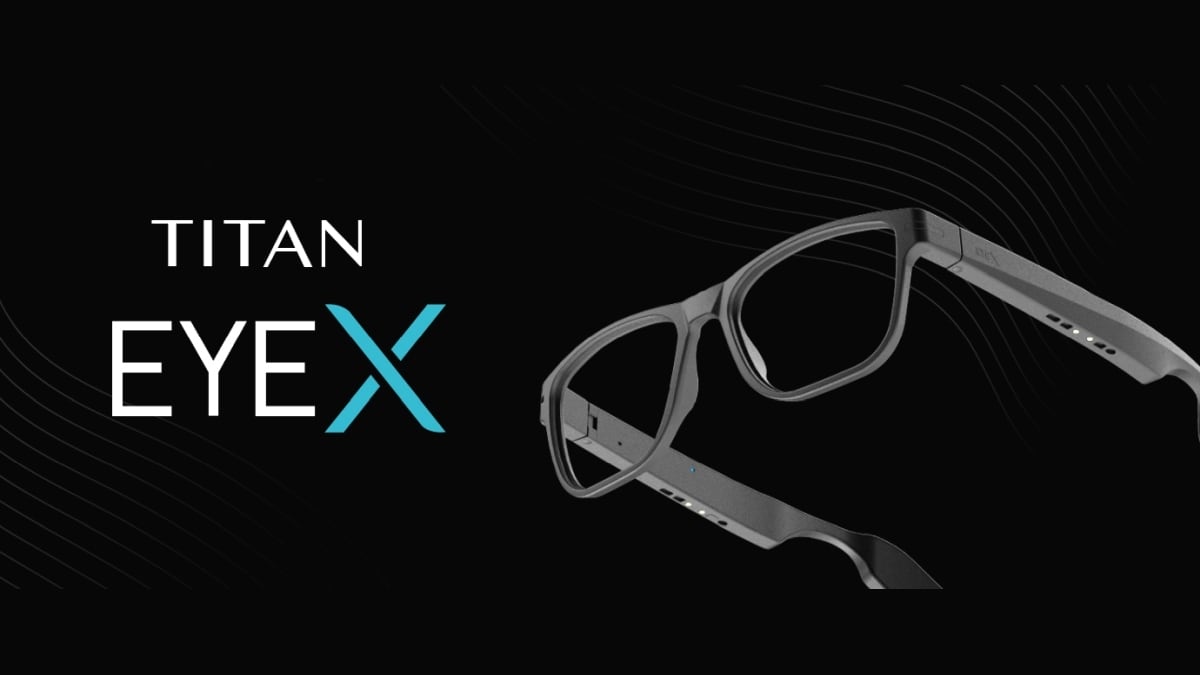 Titan Eye+ released its first set of smart glasses earlier this week. The Titan EyeX features open-ear speakers, touch controls and fitness tracking systems. Titan’s new smart glasses are compatible with Android and iOS devices and can connect via Bluetooth v5. They also get a built-in tracker and IP54 rated construction for dust and water resistance. The Titan EyeX offers up to 8 hours of battery life on a single charge. The smart glasses are powered by an unnamed Qualcomm processor. Open speakers also provide voice-based navigation and feature voice notifications.

Launched in January 5th, the Titan EyeX costs Rs. 9,999. However, the frame alone costs Rs. 9,999 and the price rises to Rs. 11,198 with prescription glasses. The website mentions that the smart glasses will start shipping from January 10th. Titan offers the smart glasses in a single black frame color. Can be purchased through the official website or through Titan Eye+ retail stores.

As mentioned earlier, Titan EyeX has Bluetooth v5 for connecting to Android and iOS devices. The glasses also receive a companion app for the operating system. Titan EyeX is powered by an unspecified Qualcomm processor. Titan smart glasses feature open speakers with True Wireless Stereo (TWS) functionality. This makes the Titan EyeX easy to use outdoors, as the user can listen to music while still being aware of the environment, according to the company. The glasses are powered by an unspecified Qualcomm processor.

They also have fitness tracking capabilities and can count calories, steps and distance using the built-in pedometer. Titan EyeX can also warn users if their screen times have increased to help them stay healthier. Plus, they feature touch-based controls for playing, skipping, pausing and stopping.

The Titan EyeX has a built-in tracker to locate the glasses. They have a battery life of up to eight hours on a single charge. The smart glasses measure 124x140x40mm.