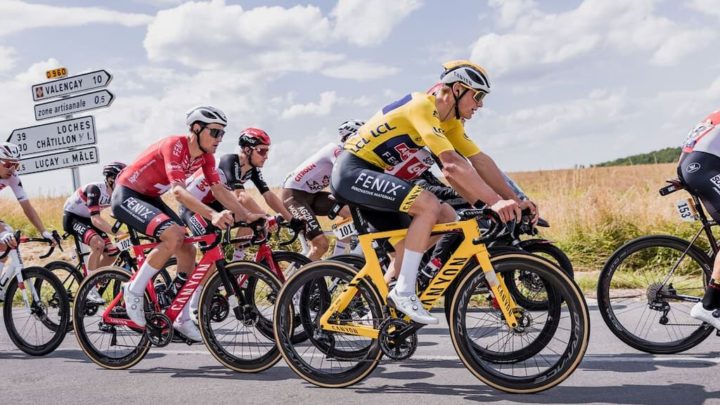 The Tour de France or simply Tour, is an annual road cycling competition held in France, played in stages.

Anyone who wants to follow every moment of this event on their mobile device, know that the official TOUR DE FRANCE 2022 by SKODA application is available for Android and iOS.

Tour de France with only 2 Portuguese...

Last Friday, in Copenhagen, Denmark, the 109th edition of the Tour de France by bicycle started (Tour de France 2022). One of the favorites to win is Pogacar. Ruben Guerreiro and Nelson Oliveira are the only two Portuguese in the competition.

The official application of the TOUR DE FRANCE 2022 allows, in real time, to follow every moment of each stage. It is a simple application, but with a lot of information. As main features, we highlight:

For those who like cycling and have a mobile device, this is an application to consider. The application is free for Android and Apple devices. In addition to the applications, the user can also always follow the Tour de France 2022 through the official website.

The 109th edition of the Tour de France started with a 13.2 km individual time trial in Copenhagen. Until the 4th of July the platoon will roam around Denmark. On the 5th of July, there is "hell" to go through in the cobbled sectors, between Lille and Arenberg.

It is already after a trip to Switzerland that the cyclists will feel the first real mountain air, in the 9th stage. A day of rest follows, on the 11th of July, before the stage opens for climbers. There are Galibier, Télégraphe, Serre Chevalier and Alpe d'Huez to climb.

With the Alps behind us and already after the last day of rest, scheduled for July 18, the peloton heads to the Pyrenees. Col d'Aspin, Val Louron-Azet, Peyragudes, Aubisque are among the obstacles to the Hautacam, where riders arrive on July 18. The last test of the route, in the penultimate stage, is the time trial, between Lacapelle-Marival and Rocamadour (40.7 km), says RR.

On the 24th of July there is a toast for the winner, in the final 116 km of a "Grande Boucle" that should end, as is tradition, with a vigorous "sprint" on the Champs Elysees, in Paris.