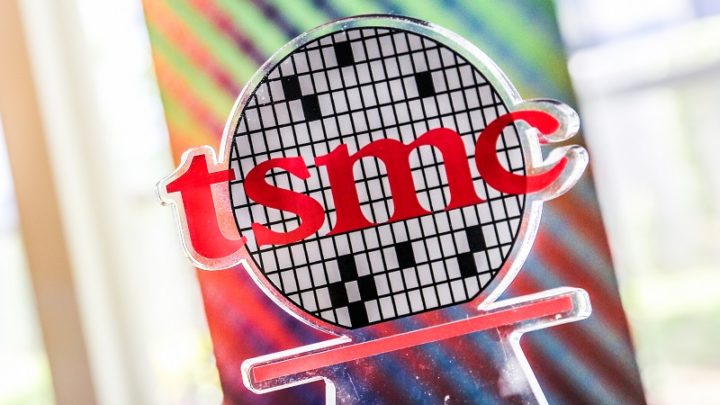 After a shortage of chips that has left most users on the verge of a nervous breakdown, manufacturers are increasingly committed to making up for lost time, and money. For this, information on the technological industry sector is constant and the efforts of companies to bring the latest innovations to the market are evident.

However, in the midst of all this segment, there is one name that stands out: TSMC. And according to the latest data revealed, the Taiwanese giant already controls 70% of all global smartphone chip production.

TSMC produces 70% of all smartphone chips

According to the results of a study published by Counterpoint Technology Market ResearchTaiwan Semiconductor Manufacturing Company (TSMC) already controls a total of 69.9% of all chip production for the smartphone sector.

This study concerns the production of smartphone chips during the first quarter of 2022, and its statistics include the launch of SoCs, discrete application processors and individual modems. And in this field, the Taiwanese leads then with practically 70% of global production.

The data also show that sending the products listed by research company decreased by 5% in the period between January and March this year, compared to the previous year. However, this is justified by reasons of seasonal necessity, the current geopolitical situation and the excess supply in the last three months of 2021. 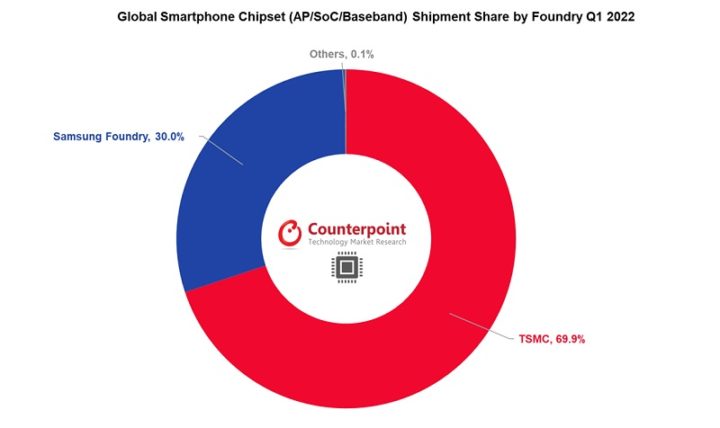 On the other hand, at the financial level, the annual growth was 23%, which is associated with an increase in the share of more expensive products, such as, for example, equipment with support for the 5G network.

As we can see from the previous graph, 30% refers to production carried out by Samsung Foundry, while the remaining 0.1% is controlled by other manufacturers.

If we talk about products made with advanced technology in terms of 4nm and 5nm lithography, the South Korean Samsung leads with a 60% share, while TSMC holds the remaining 40%. But in the first quarter of 2021, the scenario was completely different, as we can see from the chart below. 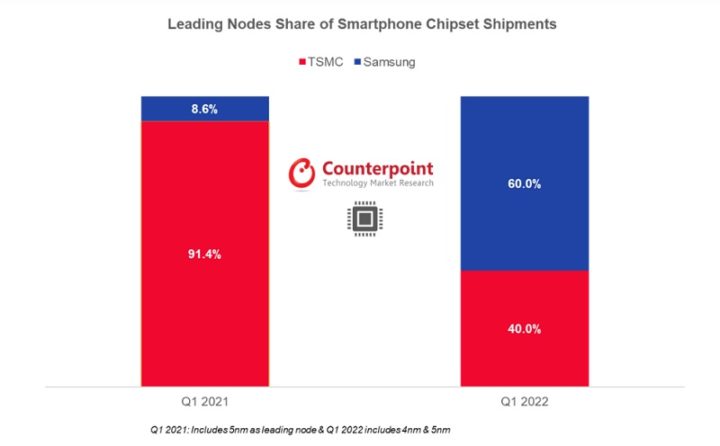 Samsung has made some interesting moves, recently announcing the start of production of 3nm chips, thus overtaking the Taiwanese rival. In addition, the South Korean manufacturer recently invested US$11 billion in EUV machines from the Dutch ASML.