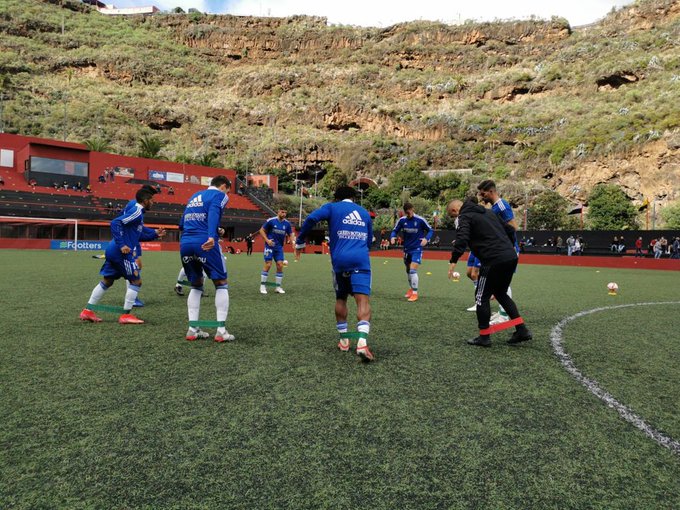 With little rest after the painful defeat of Real Zaragoza against Almería, the hands are concentrated to pass a new round of Cups against Burgos. And although the coach, Juan Ignacio Martínez, does not like to say the 11th, he has already announced that it will be “very similar to the first round.” There will be “some variable”, but the idea is that the less usual have minutes also “for the merits” of the duel before the Messenger.

Although he does not look for excuses, JIM recognizes that he would have liked to have one more day to have the physical condition of his players. The trip was this Sunday and those who added more minutes cannot do an intense session. Of course, they must win this game “to get rid of the disgust and bad temper” of the match against Almería. Therefore, as they did before the Messenger, they prepare this match to win it.

The anger of the resounding defeat in Andalusia has already been left behind, but he wanted to make his analysis of the duel. “I was angry because since I’ve been in Zaragoza it had never happened to me and I don’t like that,” he said. He has already spoken with the players and they have done analysis, because “you can win or lose”, but not lower your arms. In the last minutes “that little point was missing for whatever reason” and now it is about “leaving it in an anecdote”.

Returning to the issue of the players who will compete, many of them “have played more than twelve starting games”, something that “says a lot about the group.” The minutes “have been distributed” and he is “very happy” because “it has benefited the team a lot.” The pace is noticeable, and it was already seen before the Messenger that, despite being a complicated field, “the team competed very well” and that is what is expected against Burgos.

Several proper names are emerging now. The first is that of Enrique Clemente, who will foreseeably play again after scoring his first goal with the elastic Zaragoza player. JIM also has in mind to start César Yanis, who now seeks to show that he can give La Romareda the same level as with the National Team. And finally Javi Ros, who although he does not aim for the starting position, may have minutes again.

JIM is now focused on his main and immediate challenge: winning and passing the round. He returned from La Palma “with good feelings” because he competed well “from the first minute”. For this reason, now they want to “give the fans a joy at home” and that they “leave La Romareda happy.”