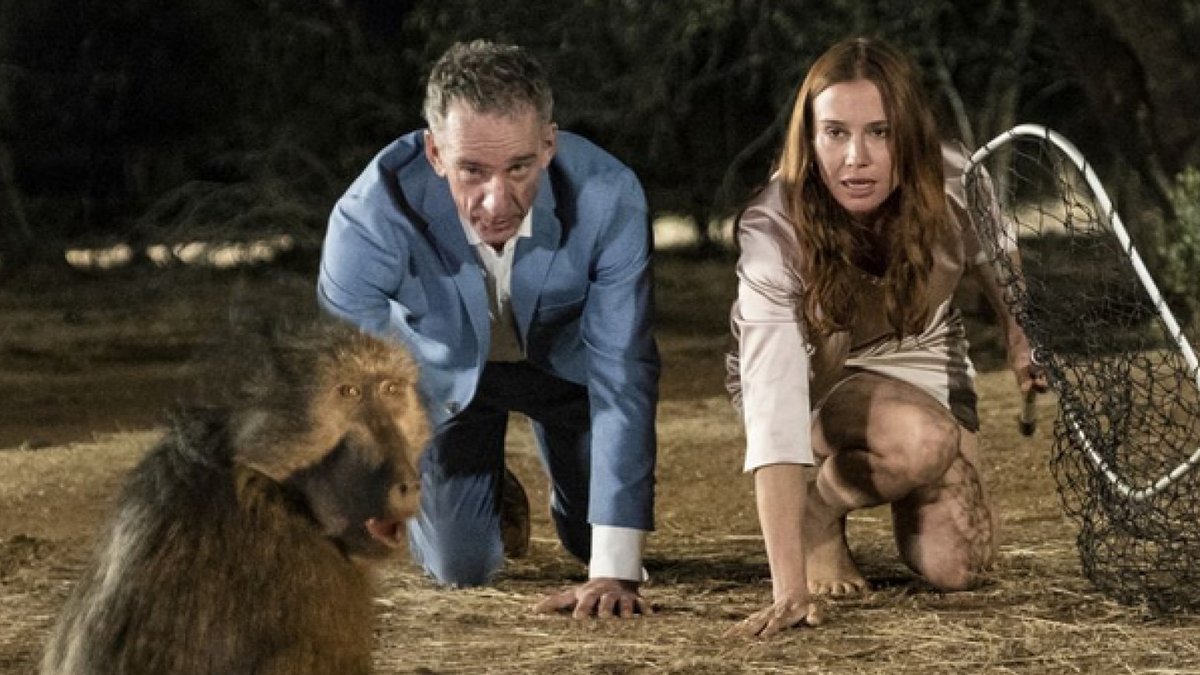 After an emergency landing, the von Zangenheims and the Kowalskis struggle to survive in the wasteland. Two parents, who are both about to separate, actually wanted to celebrate the wedding of their offspring on a farm in South Africa. But instead of feasting in the lap of luxury, they now have to assert themselves against snakes, lions and hippos. Will they make it to the festival in time?

15 leading representatives of the SS, the NSDAP and the ministerial bureaucracy meet on January 20, 1942 in a villa on the Großer Wannsee in Berlin. Reinhard Heydrich, head of the security police and SD, invited to a “meeting followed by breakfast”. In the meeting, which lasted about 90 minutes, the mass murder of millions of the Jewish population of Europe was planned and organized.

Sharks are considered the rulers of the oceans. They live between the polar sea and the tropics. Her image was shaped by horror stories and Hollywood blockbusters. They are known as bloodthirsty, merciless killers who kill to kill. But these attributions all have one thing in common: they are fictions. Reality looks different and this film, which shows the great variety of shark species and their habitats, follows it up.

Presenter Günther Jauch has already convinced in countless shows with his witty manner, which has completely upset many a candidate. Viewers can root for the candidates and guess when it’s time again on Monday: “Who wants to be a millionaire?”.

The Minister of Education found out about the bad image of the Goethe comprehensive school and thundered down all the conditions on Gudrun (Katja Riemann). If she does not comply, the school will be closed. Zeki Müller (Elyas M’Barek) also has little to smile about. The focus teacher tries with dubious means to beat his class through the Abi. After the sobering visit to the careers information center, however, it turns out to be more difficult than expected.