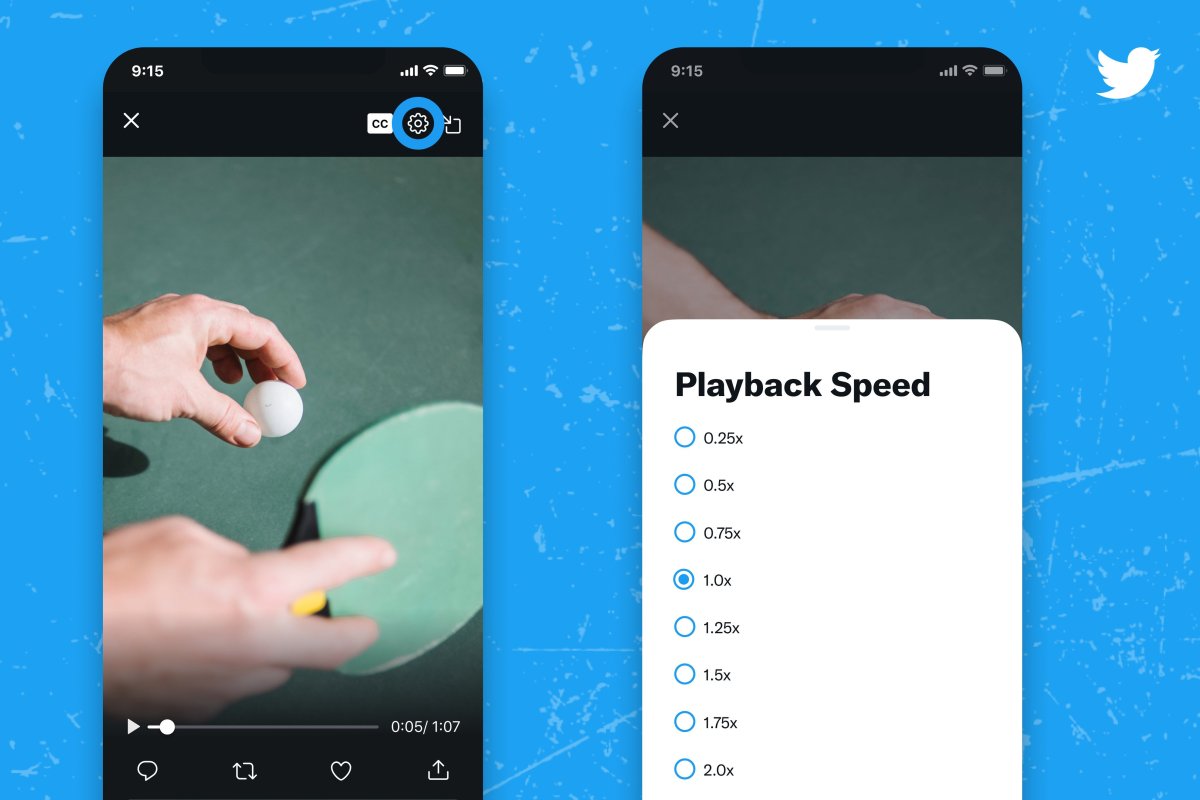 Twitter is introducing a way to adjust the playback speed of videos on the platform. The social media platform announced that the company is testing new video playback speed options in the Twitter app for Android and also for the web. Some users, who are part of the test, may see a small gear to change the speed while watching the video. videos. They are getting the option to slow down a video or speed it up. The feature is slowly rolling out and should be available to everyone in the near future.

The video playback speed option on Twitter is in test mode and is only available to some users as of now. Users who can access the playback speed options will see a small cog to change the video speed. Video content can be slowed down by 0.25x or it can be speeded up by up to 2x. This feature will give users more flexibility in consuming video content. The feature has yet to be rolled out to the Twitter app for iPhone and iPad devices.

Some of you on Android and the web will have different sets of playback speeds to choose from so you can slow down or speed up videos and voice Tweets. pic.twitter.com/OfGPf4F6Og

Twitter is also working on a new Twitter Articles feature that could allow users to post longer-text tweets. According to details shared by reverse engineering expert Jane Manchun Wong on Twitter, the company may allow users to write posts beyond the existing 280-character limit on the platform. Currently, users can tweet longer texts using threads, but the new feature may allow for uninterrupted text in a single tweet. Twitter has yet to make an official announcement regarding the Twitter articles.

Earlier this month, Twitter announced that it is expanding the experimental option to allow users to downvote responses in tweets to a global audience. The feature was initially tested with some iOS users last year. Twitter said the downvote option on responses is to help understand the types of responses that users find relevant in a conversation. Downvotes, however, are not visible to the public. This is unlike platforms like Reddit, where both upvotes and downvotes are visible for public viewing to understand whether or not the masses liked a particular comment.