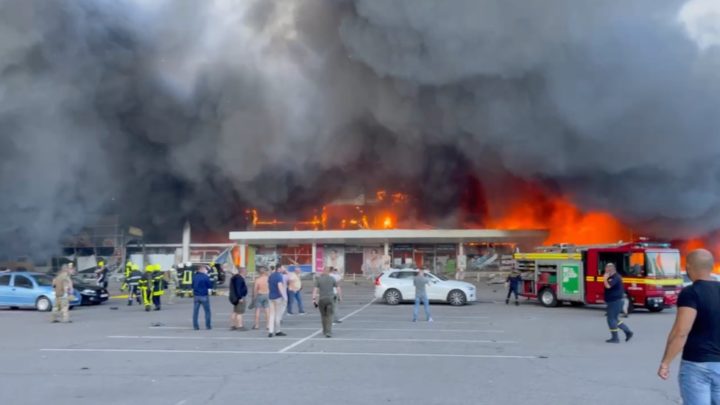 According to Ukrainian President Volodymyr Zelensky, a Russian missile hit a shopping center in the city of Kremenchuk, in central Ukraine, where there were more than a thousand people.

Zelensky accompanied the text with a video and published it on telegram. In the video some people are seen in an outdoor parking lot looking at a burning building and a lot of smoke.

According to the Ukrainian president, the commercial center did not pose any danger to Russian forces, nor any strategic value.

It's just an attempt by people to live a normal life, which infuriates the occupants so much. Russia continues to place its powerlessness on ordinary citizens. It's useless to wait for humanity on your part

The occupiers fired rockets into the shopping center, where there were more than a thousand civilians. The shopping center is on fire, rescuers are fighting the fire, the number of victims is impossible to imagine. 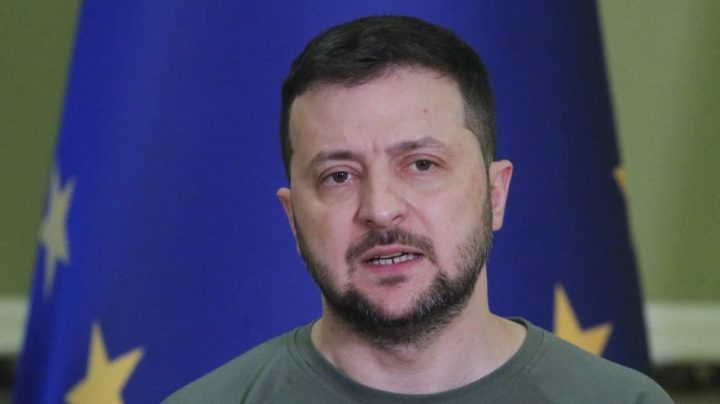 A few minutes earlier, the mayor of the city, Vitalii Maletskyi, stated on Facebook that there were already "dead and wounded" confirmed after the missile attack. There are more videos here.

Horror scenes in Kremenchuk, as a Russian missile hits a shopping centre. The man speaking on phone : “people were the building, the walls are starting to fall in” pic.twitter.com/REDBFmuT3R

"The missile attack on Kremenchuk hit a very crowded place that is 100% irrelevant to hostilities. There are dead and wounded," wrote Maletskyi.

The information about the war in Ukraine released by the two parties cannot be immediately verified by independent sources.

The war in Ukraine, which began with the Russian invasion of February 24, has entered its 124th day today. The number of victims is unknown, but the UN confirmed the death of more than 4,600 civilians, warning, however, that the real balance will be considerably higher as it does not have access to many areas of the country.