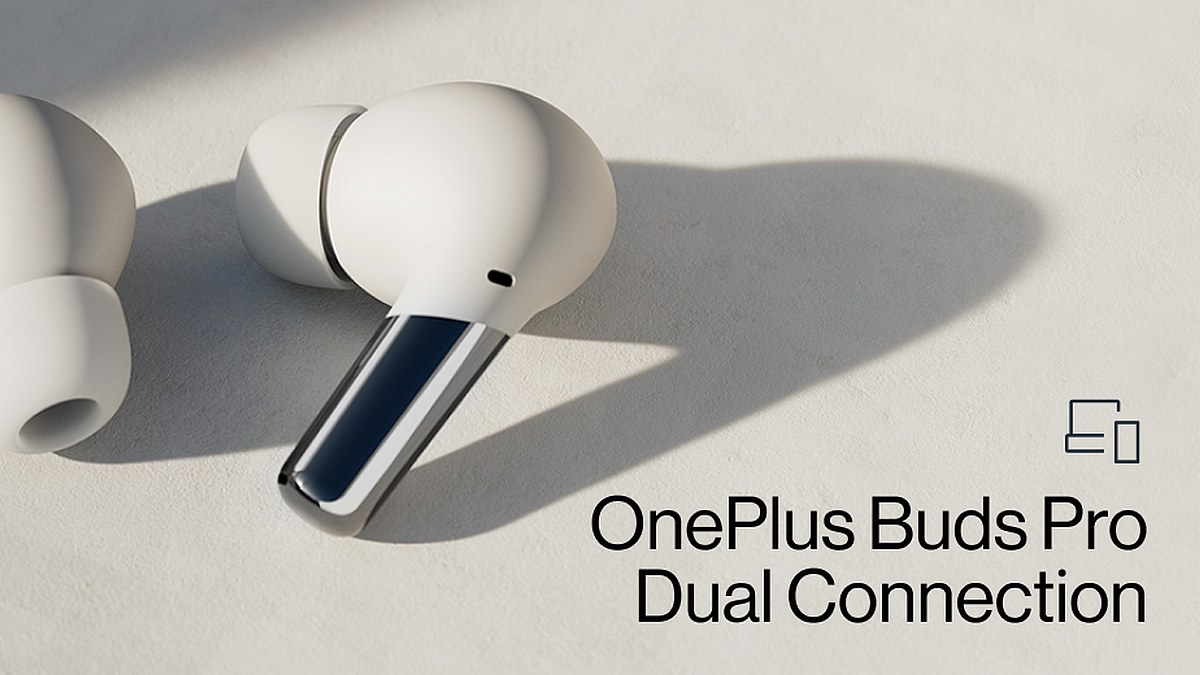 The OnePlus Buds Pro has been updated with a new Dual Connection feature that will allow users to connect to more than one device at a time. Dual Connection Mode will allow the True Wireless Stereo Headphones (TWS) to seamlessly switch between two connected devices based on the audio source. OnePlus has revealed that the feature will be accessible on OnePlus handsets via the settings app, while users of other smartphones can also enable the feature via the HeyMelody app.

On a forum post, OnePlus explained that it was releasing an OTA update (version 531,531,410) for the OnePlus Buds Pro TWS headphones which will add the new Dual Connection feature. The feature, which works similarly to Bluetooth multipoint, will allow seamless switching between connected devices. After installing the update, users will be able to connect their OnePlus Buds Pro to a laptop and smartphone at the same time.

According to the company, Dual Connection will allow the OnePlus Buds Pro to seamlessly switch to the device the audio is being played on. A user will be able to keep track of notifications by playing on their phone, while also listening to music or watching a movie on their computer, OnePlus it says. However, calls are prioritized more than media, so the company says the OnePlus Buds Pro will switch to the phone if a call comes in.

To enable the feature, users must first install the firmware update and verify that they are at version 531.531.410. They can use their OnePlus smartphone to navigate to settings > Bluetooth > tap the cog next to OnePlus Buds Pro > select Headphones. This must be done after pairing with the second device such as a laptop or tablet. OnePlus says that even OnePlus Buds Pro owners who don’t use OnePlus smartphones can make use of the Dual Connection feature, via the HeyMelody companion app.