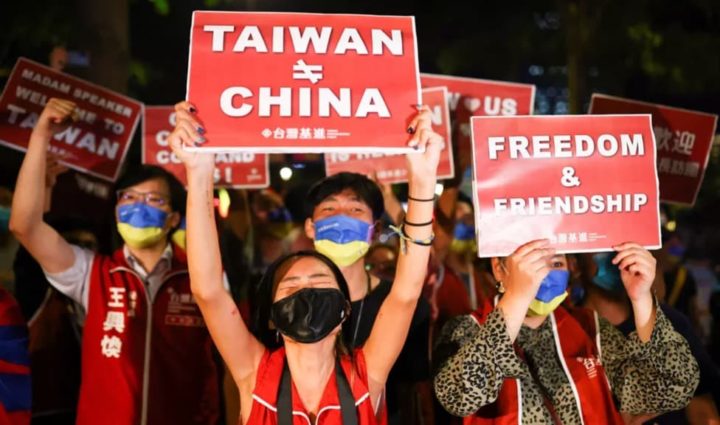 The US navy has an aircraft carrier and other war units near Taiwan.

US aircraft carrier in Taiwan is nuclear powered

The US Navy has the aircraft carrier USS Ronald Reagan and the amphibious ship USS Tripoli, with F-35 fighter jets in Taiwan, while House Speaker Nancy Pelosi visits the island.

The CVN-76 is the ninth ship built in the Class and is named after the fortieth President of the United States of America Ronald Reagan. The CVN-76 is nuclear powered. The total length of the ship is 332.8 meters, the total width is 76.8 meters and the total displacement is about 102,000 tons. The maximum speed does not exceed 32-33 knots.The shipboard armament currently includes, among others: Sea Sparrow missile launchers, RIM-116 launchers and three 20 mm Vulcan Phalanx CIWS assemblies. The aircraft carrier can carry up to 90 aircraft of the types: F/A-18 Super Hornet, EA-18 Growler, E-2A Hawkeye or Sikorsky MH/SH-60. 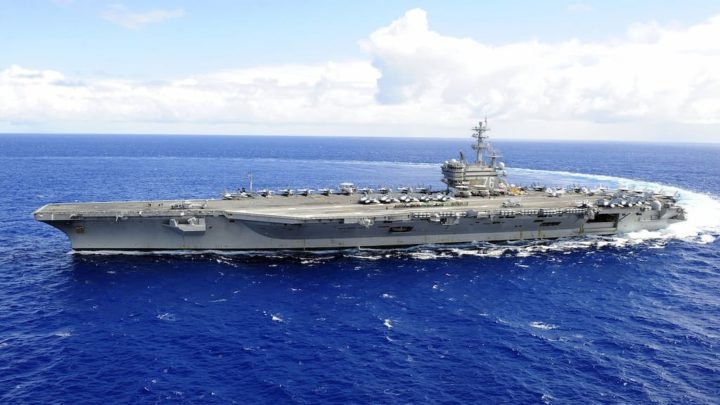 According to the latest update from USNI News Fleet and Marine Tracker, a publication of the independent military association US Naval Institute, there is another US vessel, the USS America, on its way from the Japanese port of Sasebo.

USNI News, citing a Pentagon spokesman, added that these ships routinely operate in the region, without giving further details.

It should be remembered that China today that Pelosi's visit “to the Chinese region of Taiwan” demonstrates an “extremely dangerous” attitude on the part of the United States. The Chinese Ministry of Foreign Affairs says it "strongly" condemns the visit by Pelosi, who "disregards stern warnings" from Beijing and "sends the wrong signals" to "separatist forces seeking independence from Taiwan". On the other hand, Pelosi considered that the visit to Taiwan demonstrates the “unconditional support” of the United States.

Pelosi and members of the congressional delegation stress that the visit “honors the unwavering commitment to support Taiwan’s vibrant democracy”, and assure that it “does not contradict the long-standing policy of the United States”, based on agreements established with Taiwan and the China.

For the Chinese government, the visit of Nancy Pelosi violates the agreement between the two countries in 1979 and is a “serious political provocation”. The statement from Wang Yi's ministry repeats that "playing with fire" is "extremely dangerous" and that "those who play with fire will die by fire". In contrast, the statement from the speaker The American says the visit "in no way contradicts" US policy on Taiwan in recent decades or previous understandings between Washington and Beijing.