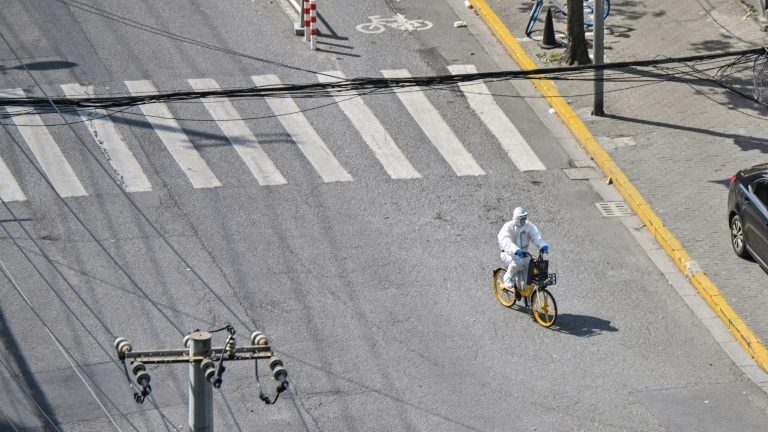 More than 100,000 cases of covid have been recorded in Shanghai since March – AFP

The United States on Saturday warned of “arbitrary” anti-covid measures in China and said it would let some of its personnel leave the consulate in Shanghai in the face of the outbreak that has kept the city’s residents confined.

Until March, China managed to contain the cases with selective confinements, mass testing and travel restrictions, but more than 100,000 cases have now been reported in Shanghai, putting the strict “covid zero” policy that Beijing advocates to the test.

The city of almost 25 million people is undergoing a phased confinement, prompting complaints about the lack of supplies and videos that have gone viral of its residents questioning authority.

The US State Department will allow non-essential personnel to depart from its consulate in Shanghai “due to an outbreak of Covid-19 cases and the impact of restrictions”, an embassy spokesperson said in a statement.

The statement warns US citizens to reconsider traveling to China “due to the application of arbitrary laws and restrictions related to Covid-19”, adding that the embassy in Beijing expressed concern about the measures to the Chinese government.

This Saturday, Shanghai recorded more than 23,000 new cases of covid, most of them asymptomatic, representing more than 90% of contagions nationwide.