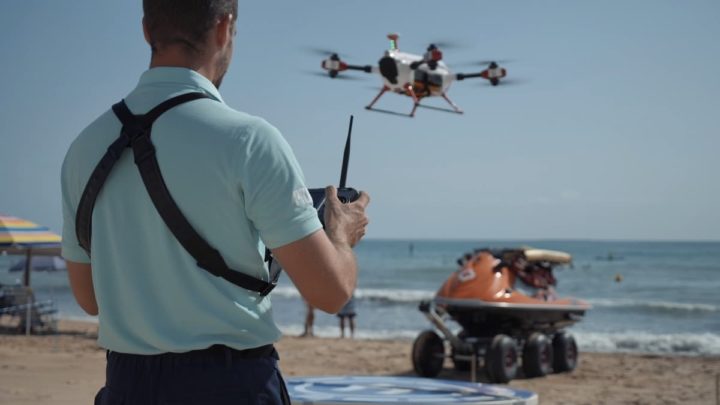 Fast and technologically advanced, drones can be used for many purposes, including saving lives. This is one of the moments when one of these small flying machines helped save the life of a minor struggling in the waters off the coast of Sagunto, in Valencia, Spain.

In situations of rescue in the water, this aerial means can be more effective, as it has no problems with waves and bad sea conditions. That was the case in this rescue.

Drone leaves in seconds to save an endangered swimmer

The incident took place last Friday, July 1st, when a 14-year-old boy went for a swim on a beach that had hoisted the yellow flag. This means that in such a scenario swimmers must be cautious when entering the water.

In this particular case, unlike the life jackets on jet skis, the drone didn't need to navigate rough waves, which meant it could carry a life jacket in a fraction of the time. As we can see, the drone gets to the struggling swimmer before it's too late. 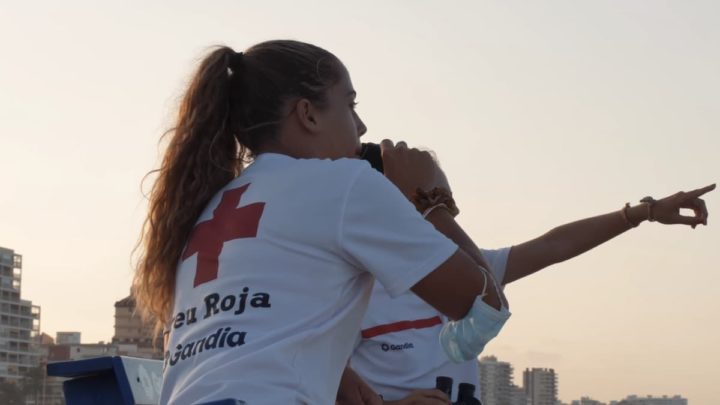 The boy's rescuers explained that he was struggling to get back to the beach, but he was already tired because he was hitting the strong waves and currents at the time of the incident. Exhaustion was taking hold and it wasn't long before he couldn't stay afloat. That's where technology came to the rescue.

The local lifeguard service sent a first-response drone with a life vest, which it left within reach of the boy. This was a quick response that likely prevented the matter from becoming serious.

A video shared by the rescue service shows how the boy struggled to get his life jacket - which ended up keeping him afloat - in the choppy waters. A short time later, two rescuers arrived at the scene, on a jet ski, with a stretcher attached. With some difficulty, they managed to rescue the boy.

In a statement to El Pais, the mayor of Sagunto, Darío Moreno, said that this was the fifth rescue carried out this year by the drones available in the region. The Spanish municipality of Sagunto has been using flying machines for emergencies and first response since 2017.

Since June, we have seen five rescues where life jackets were quickly doffed from the air as lifeguards made their way to the scene. 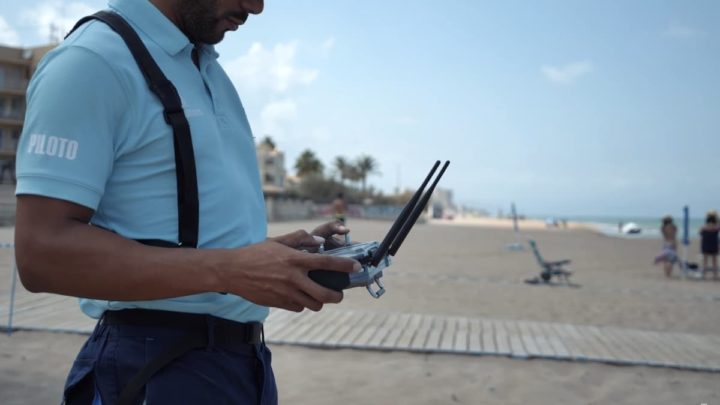 The Spanish startup behind the drone rescue service, General Drones, was co-founded by Adrián Plazas, a former lifeguard. Plazas told the Spanish newspaper that he could see in the drone's camera that the boy was exhausted and showing signs of being able to drown before the flying device managed to drop the life jacket attached to a rope.

The lanyard allows the drone to prevent the lifejacket from being dragged by the current, and it can also pull the vest up if necessary to drop it closer to struggling swimmers.

Plazas says he and co-founder Enrique Fernández were motivated to find solutions after seeing a woman die on her jet ski, after being rescued still alive, but already in a state of loss of consciousness, after having been struggling. against the rough sea for some time.

The person responsible for the company that developed this drone believes that a difference of a few seconds could have saved his life. After this incident, Plazas continued to work as an engineer at a Pilkington factory in Sagunto, while Fernández began working in the manufacture of jet aircraft. Both eventually came together to found General Drones.