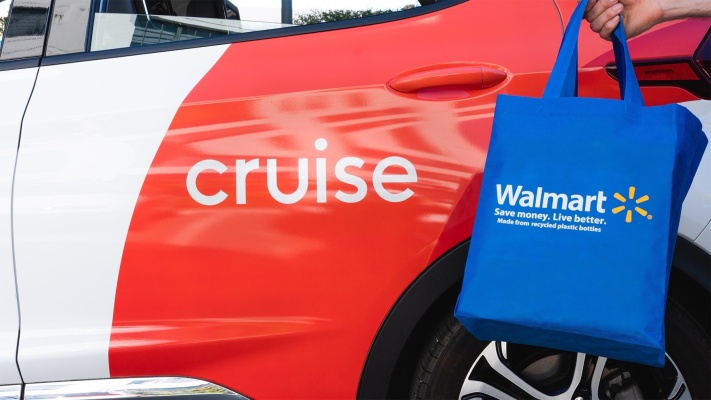 Cruise plans to expand the autonomous delivery pilot it has with Walmart in Arizona, the company’s senior government affairs manager said at a recent public meeting with state lawmakers.

The autonomous vehicle company, which is a subsidiary of GM, is primarily focused on testing – and eventually launching – a commercial robotaxi service in California. But Cruise also has a small fleet of self-driving electric Chevy Bolts in Arizona as part of a limited pilot program with Walmart.

Today, that pilot involves just one Walmart store located on the lands of the Salt River Pima-Maricopa Indian Community near Scottsdale. All autonomous vehicles have human safety operators behind the wheel. The company plans to expand to up to eight Walmart stores in 2022, Carter Stern, Cruise’s senior government affairs manager, said during an Arizona Senate Transportation Committee meeting earlier this month.

“We’re really going to continue to see this grow first in Arizona and then it will be exported to the rest of the country,” Stern said in describing the program’s intended scale-up. Cruise employs more than 100 people in Arizona, including the team that monitors the company’s global fleet. That group is expected to grow, though Stern did not provide a number or timeline for when more people would be hired.

The comments Stern provided provided rare insight into Cruise’s Arizona activity and its pilot with Walmart, which for now is the company’s only source of revenue.

While most of Cruise’s operations are in San Francisco, the company currently cannot charge for ride-hailing (or delivery, for that matter) services in the state because it does not have the proper license from the California Public Utilities Commission. (Cruise provides free delivery services through its partnership with the San Francisco Marin Food Bank and SF New Deal. The company told Ploonge it has completed 113,000 deliveries to date.)

Cruise has almost all the licenses needed to operate and charge for rides in vehicles that operate without a human driver behind the wheel. It has the three licenses required by the California Department of Motor Vehicles to test and deploy “driven” and driverless vehicles, including one that allows transporting the public. It has also applied for a license from the California Public Utilities Commission to charge for these rides, although the company has yet to receive such a license.

Earlier this month, Cruise opened its driverless robotaxi service to the public in San Francisco. For now, these tours are free and a public waitlist has been created on the Cruise website. The company previously said that members of the public who join the waitlist will not need to sign a confidentiality agreement before using the service.