This year we’re back to covering the ESC in person, one of the main technology fairs in the world, and we took the opportunity to visit some of the great companies in the technology field. Among them is the Autel Robotics, a company that stands out for products in the automotive segment and also in drones, currently positioning itself as DJI’s main competitor. With a lot of market to grow, in the second half of last year Autel announced the drones of the line EVO Nano Series and EVO Lite Series, we took the opportunity to visit the stand and get to know the products first hand, but we also received a unit of the EVO Lite+ Premium Bundle, the most complete combo of the top-of-the-line drone among the four models announced. 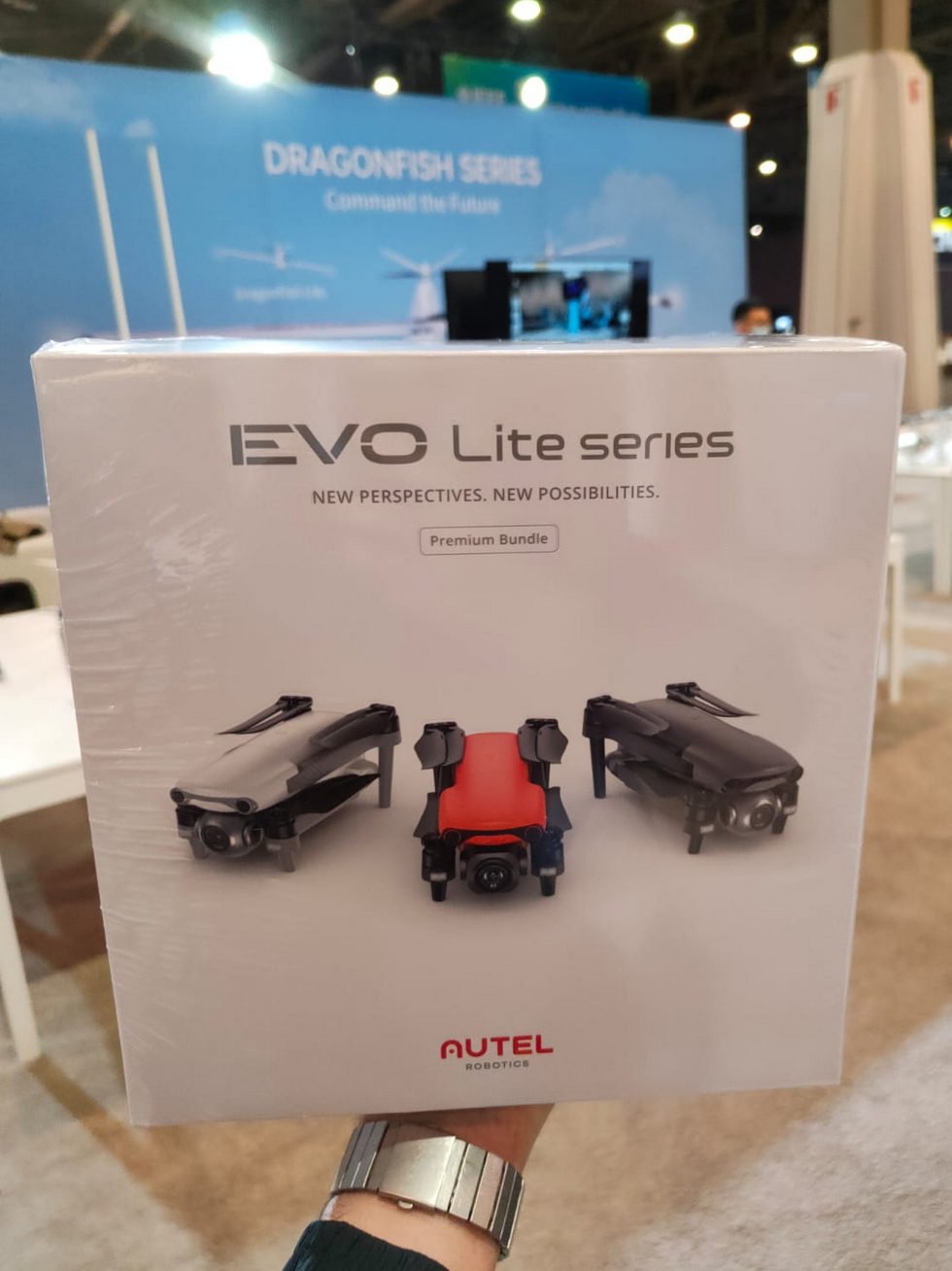 In this publication, we show a little of the company’s stand at CES 2022, as well as photos of the drones presented by it at the fair. I also remember that we will soon receive other models from Autel for review, among them the EVO Nano line, which has a weight below 250 grams as a highlight, but unlike DJI and its models in the Mini line, the EVO Nano models come with sensors. obstacles, which provides safer flights and also function DynamicTrack, which makes the drone follow an obstacle defined by the pilot avoiding obstacles.

At the event, Autel Robotics showcased the full range of EVO II drones, including the recent launch EVO II Enterprise, a model that supports a series of interesting accessories for corporate use and rescue. This line is similar to Mavic 2 Enterprise models, with modules support. Among the available modules, LED lud, loudspeaker and GPS with greater precision, in addition to ADS-B, a receiver that allows the drone to communicate with a system where it is possible to know if planes or helicopters with the same system are nearby. 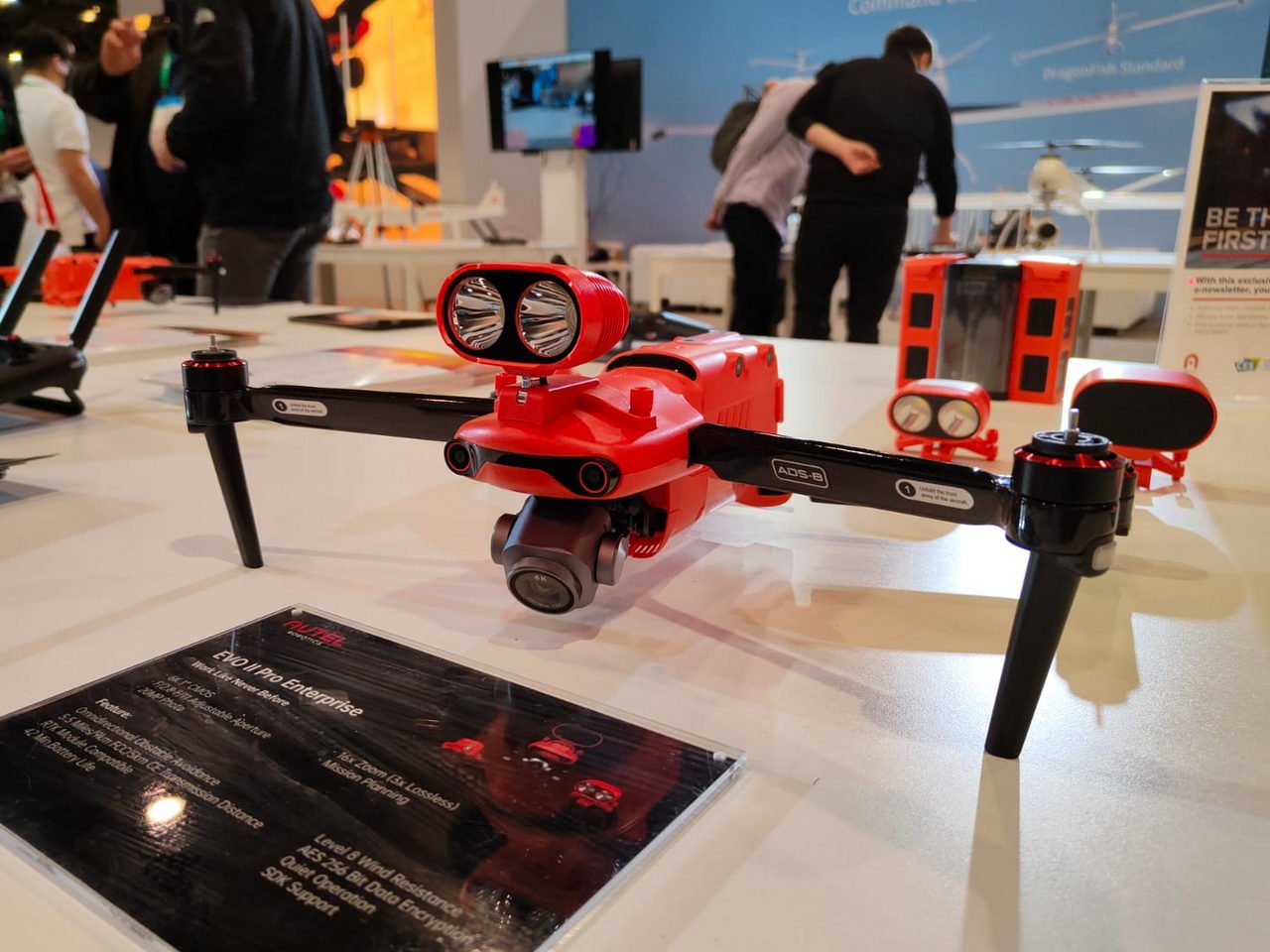 Another line presented by the company at CES was the dragonfish, with drones in a different shape than consumer models, looking like small planes. These drones are suitable for mapping and highlight support for very high quality cameras, in addition to high flight autonomy time and long control distance. 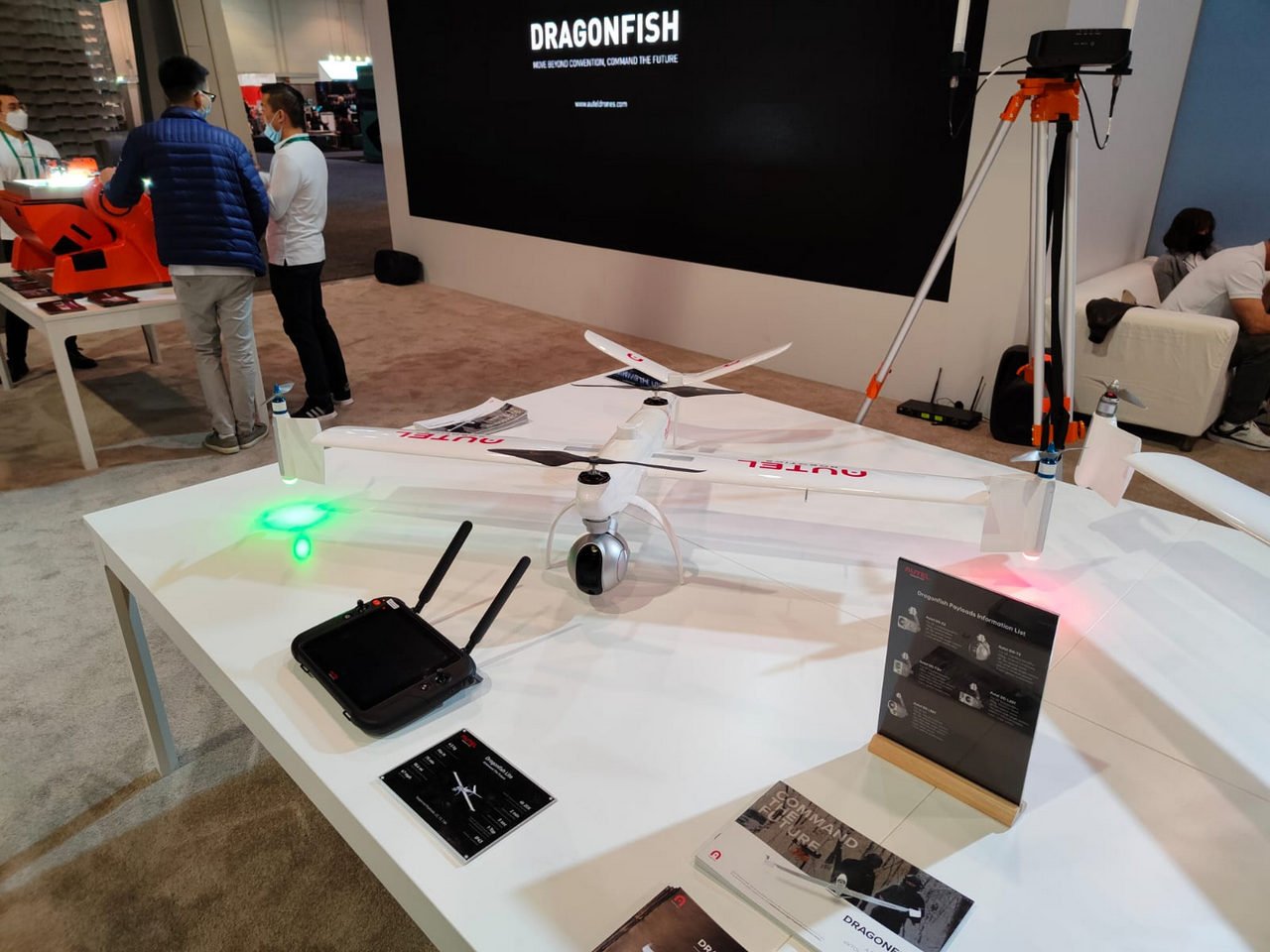 Of course there could not be a lack of space for the models EVO Nano Series and EVO Lite Series, the company’s latest releases opening space in price segments where it did not compete until then. Especially the Nano line, which we are going to receive soon, arrives in the profile of drones weighing below 250 grams, but with technologies above the Mini 2 model from DJI. It remains to be seen whether the quality of the new Autel models will stand up to the already acclaimed DJI models.

And as I highlighted at the beginning of the news, we are bringing the top of the line model among the four recently announced, the EVO Lite+, through the most complete package, the Premium Bundle. This drone comes to compete with models like the DJI Air 2S and the Mavic 2 Pro. It has features found in high quality drones, highlighting the 6k camera and 1 inch sensor, plus up to 40 minutes of flight according to to Autel. Below are the main specs of the new models and a video I recorded when they were announced. It is worth noting that the company released several extra specifications of the drones after the official announcement.

For those who don’t know Autel Robotics drones yet, we have a complete review of the EVO II Pro model, one of the best drones on the market when it comes to consumer technologies and high quality camera for stills and videos.