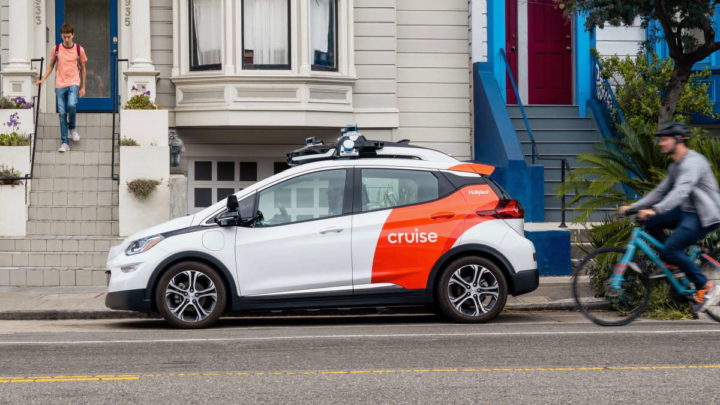 The future is coming and we increasingly see it in our daily lives and on our roads. One of the most visible forms is even the arrival of autonomous cars that do not require a driver and any other form of control.

Of course, we are still getting used to these futuristic scenarios and with which we have to learn to live. A situation like this happened a few days ago in the city of San Francisco, California. The police approached an autonomous car and the situation turned out to be ridiculous.

Although not yet a common scenario in Europe, autonomous cars are already a reality on US roads. There are several cities in California where these driverless cars circulate and provide services, typically by taxi.

The city of San Francisco seems to be the ideal place to find one of these cars and that's what happened a few days ago, with a unique situation. A Cruise car, which provides taxi services, was stopped by the police for not having its headlights on.

This could be a normal situation, if it weren't for the fact that this is an autonomous car and that it circulated without anyone behind the wheel. When approaching the car, the unusual reaction of the policeman is visible, who tries to open the car door when he notices the absence of the expected driver.

In the following moments, the car seems to start an apparent escape from the police, who quickly set out in pursuit. It is now known that the car was just looking for a safer place to stop.

Welcome to the future. Cop pulls over driverless car (because no lights?) Then Cruise goes on the lamb. (via https://t.co/mtmsIeOAUP) pic.twitter.com/ecQ5xXuSnS

Realizing that this was really a car that drives without a driver, the police limited themselves to trying to figure out how to turn on the lights of the autonomous car. In later statements, Cruise clarified that the police contacted the company and were given instructions on how to resolve the situation.

Cruise also assured that it has already resolved the situations and that in the future the lights will not fail. However, this is a ridiculous situation that demonstrates how we still have to learn to interact and react to these new realities that autonomous cars will bring us in the future.