One of the main problems with buying a new smartphone is migrating from the old one to it, with this being even worse if the change is from a device android for iOS, or vice versa. Who has to change the system of their smartphone ends up suffering a lot in applications like Whatsapp, which does not allow porting the history to a device with a different system. This greatly annoys the users of the messaging app of the Facebook, now it finally looks like the developers are going to “fix this”.

According to information found by WABETAInfo, famous for covering the messaging app, in the source code WhatsApp Beta 22.2.74 for iOS, the devs are finally coming up with a way to migrate history between iOS and Android devices.

However, it seems that the process for migrating this data will not be so simple, requesting that both devices have WhatsApp installed and connected, either through a cable or via private Wi-Fi. Which is a big problem for those who don’t have access to their old smartphone, either because it’s broken or already formatted. 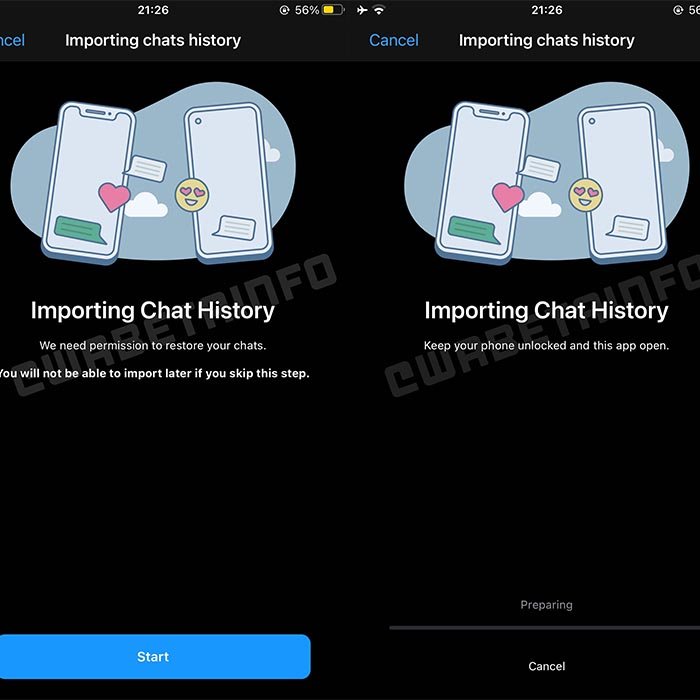 THE WABETAInfo points out that this type of migration is already possible from iOS for devices Samsung and Google Pixel, but this will now reach all users. After the devices are paired, the app will only ask if the user wants to start the transfer, after confirmation, the files will start to be sent to the new smartphone.

The future requirements of this new feature are not clear, without knowing it will only be possible to send files from a certain version of android or iOS. But this will have to be answered soon, because the presence of the novelty in the codes of the WhatsApp Beta 22.2.74 for iOS indicates that testing of this novelty should begin soon.