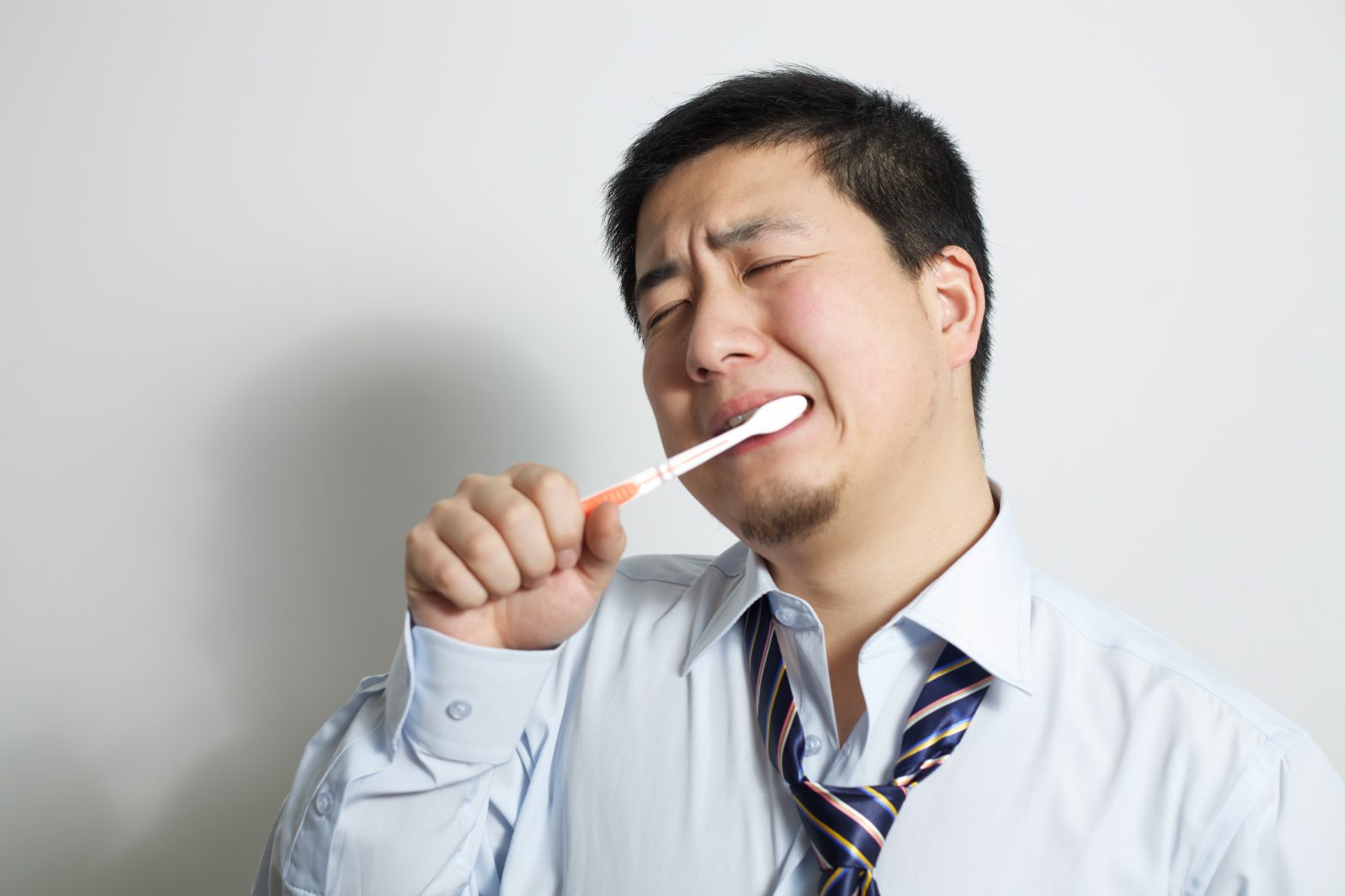 If you regularly ensure adequate oral hygiene, you are already doing a lot right. But not everything yet. Because it also depends how often you end up changing your toothbrush. According to a study, you shouldn’t cross at least one limit.

Contents
How often change the toothbrush? This method is generally recommendedKeep your toothbrush fresh for longer: 3 things helpThere is one point of disagreement when it comes to changing toothbrushesBe sure to pay attention to this point in timeCase study Germany: That’s how often we change our toothbrushes

How often change the toothbrush? This method is generally recommended

Even if your toothbrush still looks fresh, it may be long overdue for a replacement. In the end, you may end up having to go to the dentist more often. Experts therefore have a very specific recommendation when it comes to how often a toothbrush really needs to be changed: “Ideally, you should change your toothbrush every three to six months exchange”, explains the dentist Dr. Amanda Lewis. For many physicians, the focus is on a maximum period of four months.

There are two good reasons for this. On the one hand, the hygiene helpers lose their effectiveness over time. After all, tooth enamel is the hardest substance in the human body. It wears out the bristles with daily use. And once these are split, they help less and less to clean. The result can be cavities, bad breath and other oral hygiene problems.

On the other hand – and much more alarming – old toothbrushes can be a haven for bacteria and mold. “If a toothbrush doesn’t have time to dry, it can attract particles from the air that harbor bacteria and grow a defective colony,” explains dentist Dr. Mariya Malin. If you also keep your specimen near a toilet and the toilet lid is open instead of closed, it can even come into contact with E. coli bacteria.

How often you need to change a toothbrush also depends on how you treat it. So there are definitely ways to keep them clean for longer. This includes at least rinsing the bristles thoroughly after each use. In this way, saliva and toothpaste can be removed, the remains of which can become a pool for bacteria.

Air storage is also recommended to allow your toothbrush to dry properly. As an extra tip, you can drizzle some mouthwash on the bristles. This is to provide additional protection against germs and bacteria. This is even possible before brushing your teeth.

As a clinical study by the medical faculty of the University of Göttingen from 2011 shows, there is also disagreement in the scientific community on the question of how often a toothbrush should be changed. At least when it comes to the connection between wear and tear and effectiveness.

Accordingly, it can be seen from three examined studies that there are “no differences whatsoever in terms of plaque removal efficiency when comparing older, partially heavily worn brushes with new or slightly worn toothbrushes”. According to other analyses, “a worn-out toothbrush can no longer optimally remove plaque”.

Be sure to pay attention to this point in time

As part of the Göttingen study, however, an additional investigation was finally carried out into “whether a six-month period of use of manual toothbrushes (…) has an influence on plaque control and the condition of the gingiva [Zahnfleischzustand] has”.

The researchers came to the conclusion that in the group of 6-month users – a second group received a new toothbrush every four weeks over a period of six months – after 24 weeks there was initially no deterioration in the initial oral hygiene situation with regard to plaque. On the other hand, the gums of the participants in question showed a “significant deterioration” from six months.

If you don’t want to harm yourself unnecessarily, you should stick to the six-month mark for replacing your own toothbrush as best as possible. No matter how carefully you treat your toothbrush, there is a high probability that bacteria-friendly residues will accumulate. And the health of your gums could also suffer under certain circumstances.

Case study Germany: That’s how often we change our toothbrushes

By the way: A survey published in Germany in 2020 on how often the toothbrush is changed (2015 to 2018) shows that the majority of Germans already follow the rule recommended by dentistry.

In fact, most of them (about 30 percent) even replace them every two to three months. Almost 18 percent of those surveyed even do this on a monthly basis. Around 12 percent of the participants at least every six months. Around 1.5 percent are happy to take more than a year to reach for the next toothbrush.

Sources: Medical Faculty of the University of Göttingen, Statista, Bustle